Sir Arthur Conan Doyle was born on May 22, 1859. In celebration of his birthweek, we have compiled twenty-two bits of trivia about his most well-known creation: the brilliant amateur detective, Sherlock Holmes. This is perhaps a bit of a contentious choice, considering Doyle's frustration with Holmes' popularity, but one ripe with lots of asides and fun facts.

These were originally posted to our Instagram account. Several of the earlier ones have been expanded, and a few typos have been corrected here or there (the original posts had two #7s, for instance).

Besides sharing the separate posts and collecting them in one spot, this post also serves a bit of about a background with some additional notes and "behind the scenes". After the gallery, below, are some footnotes and links and some insight into other elements that were not included. If specific sources were consulted, those are in the links. 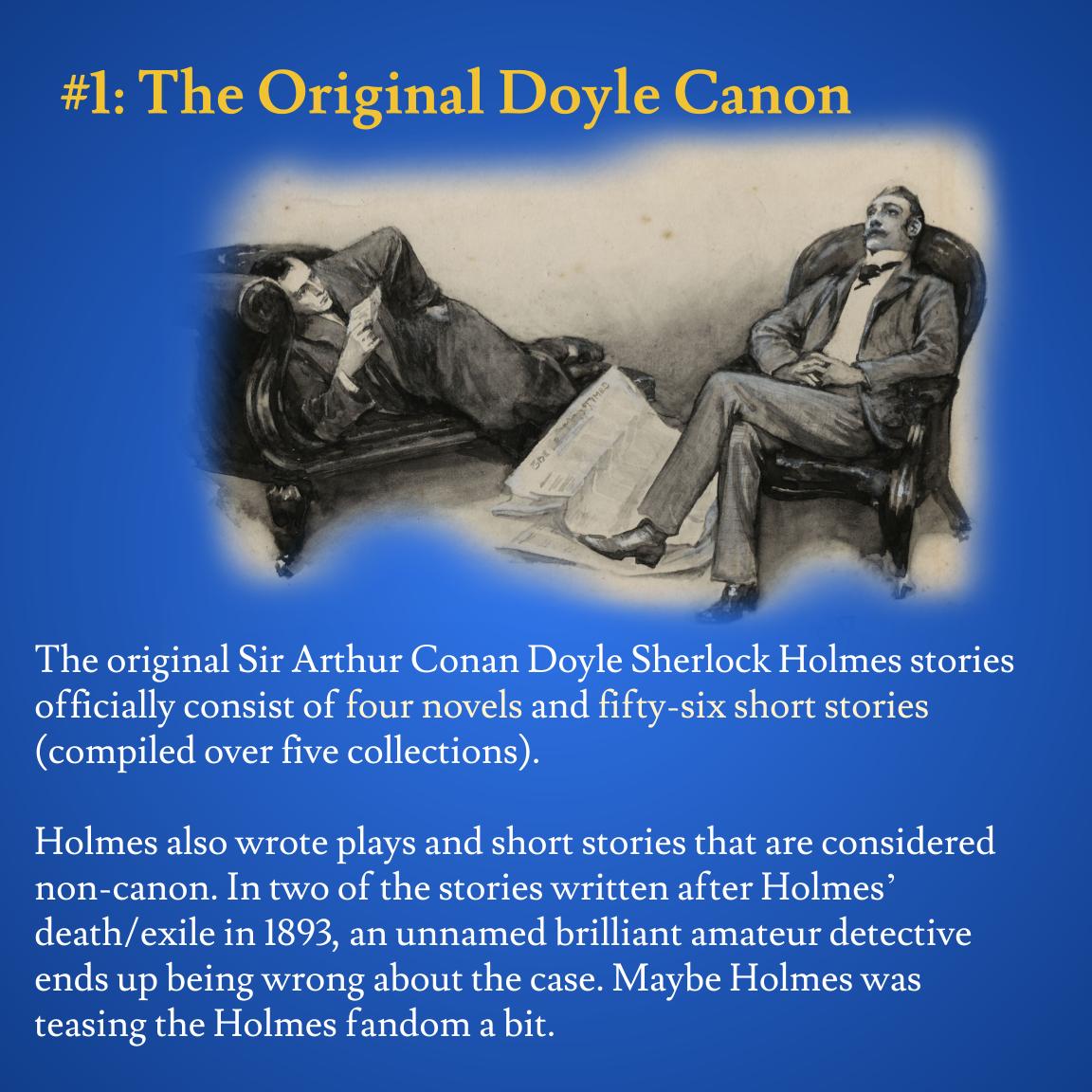 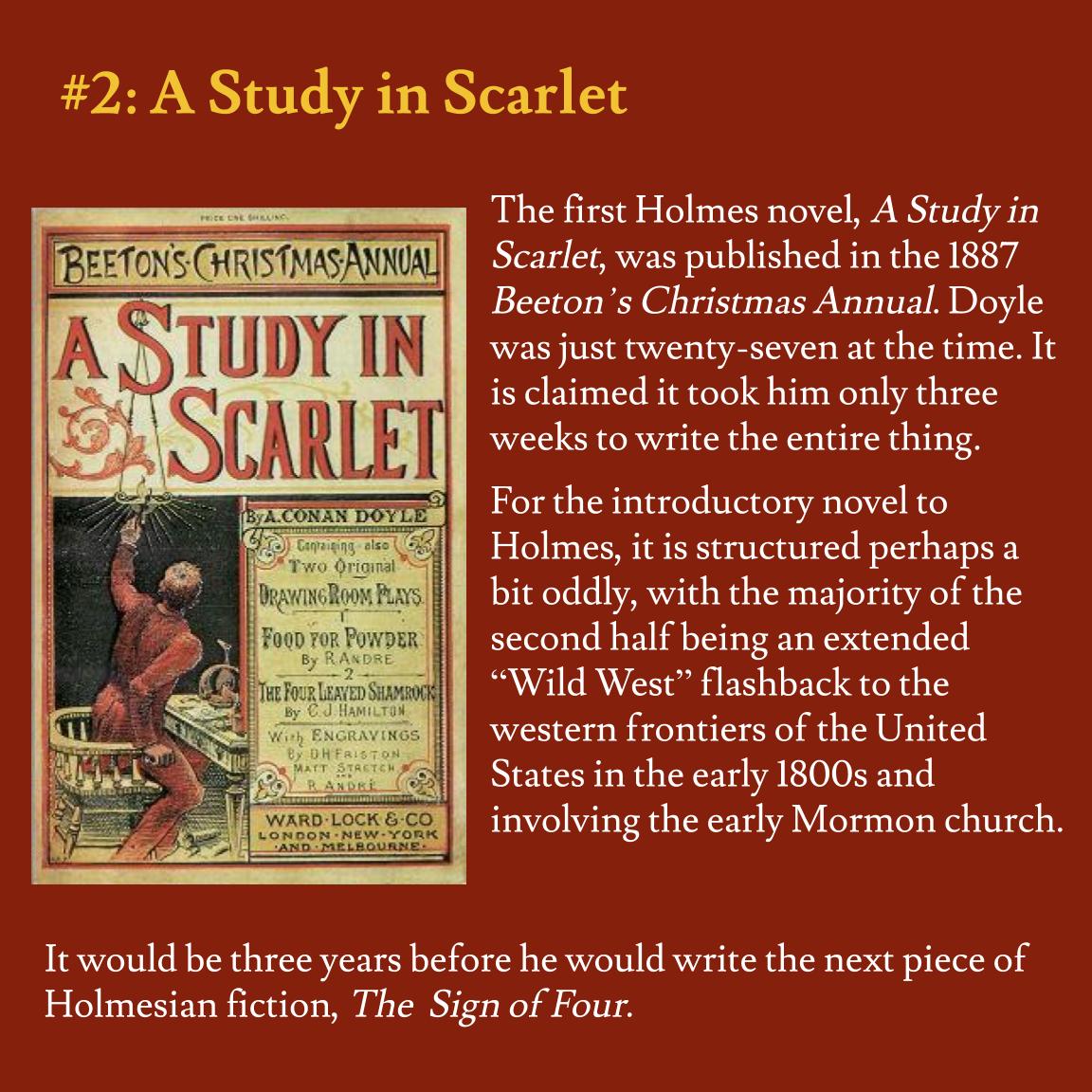 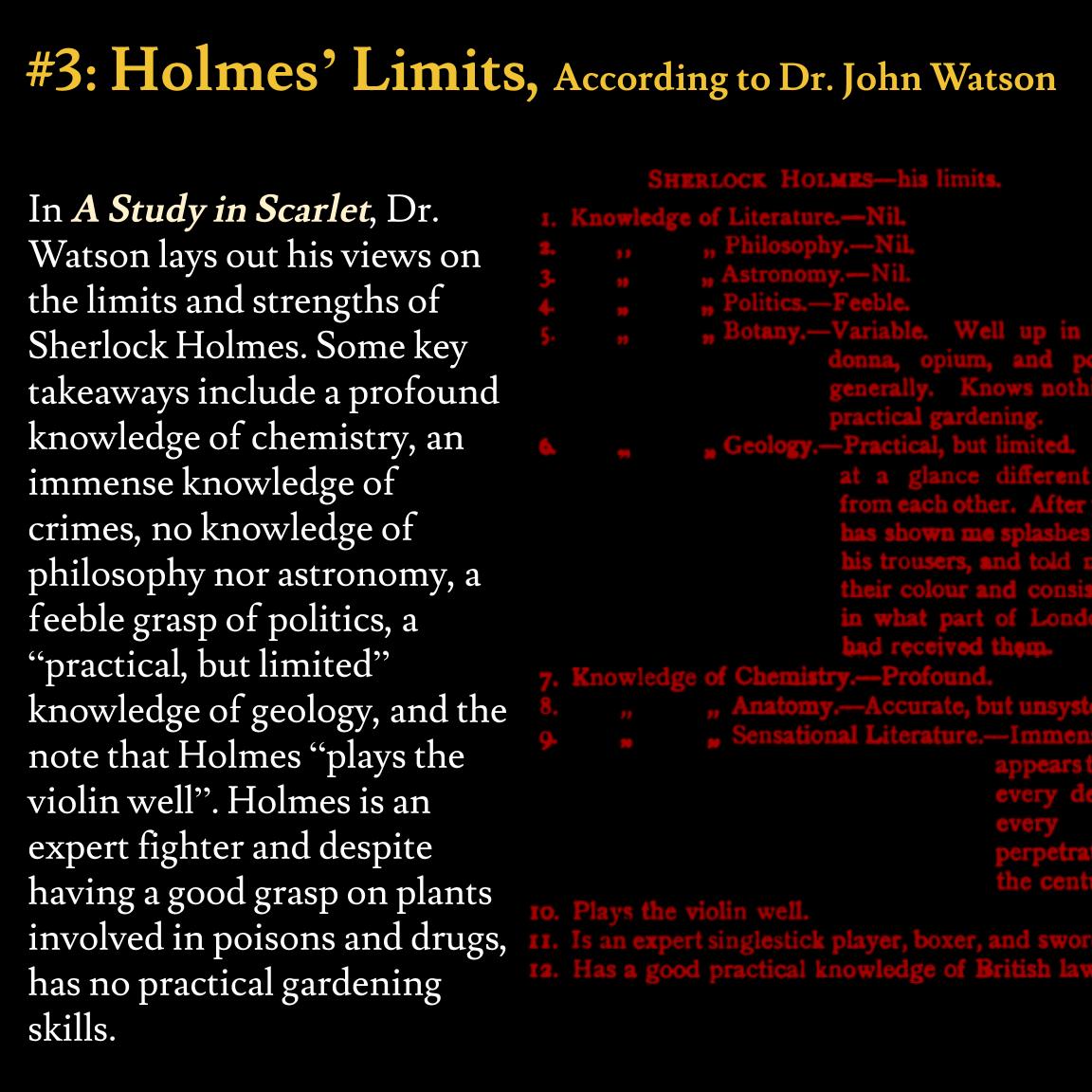 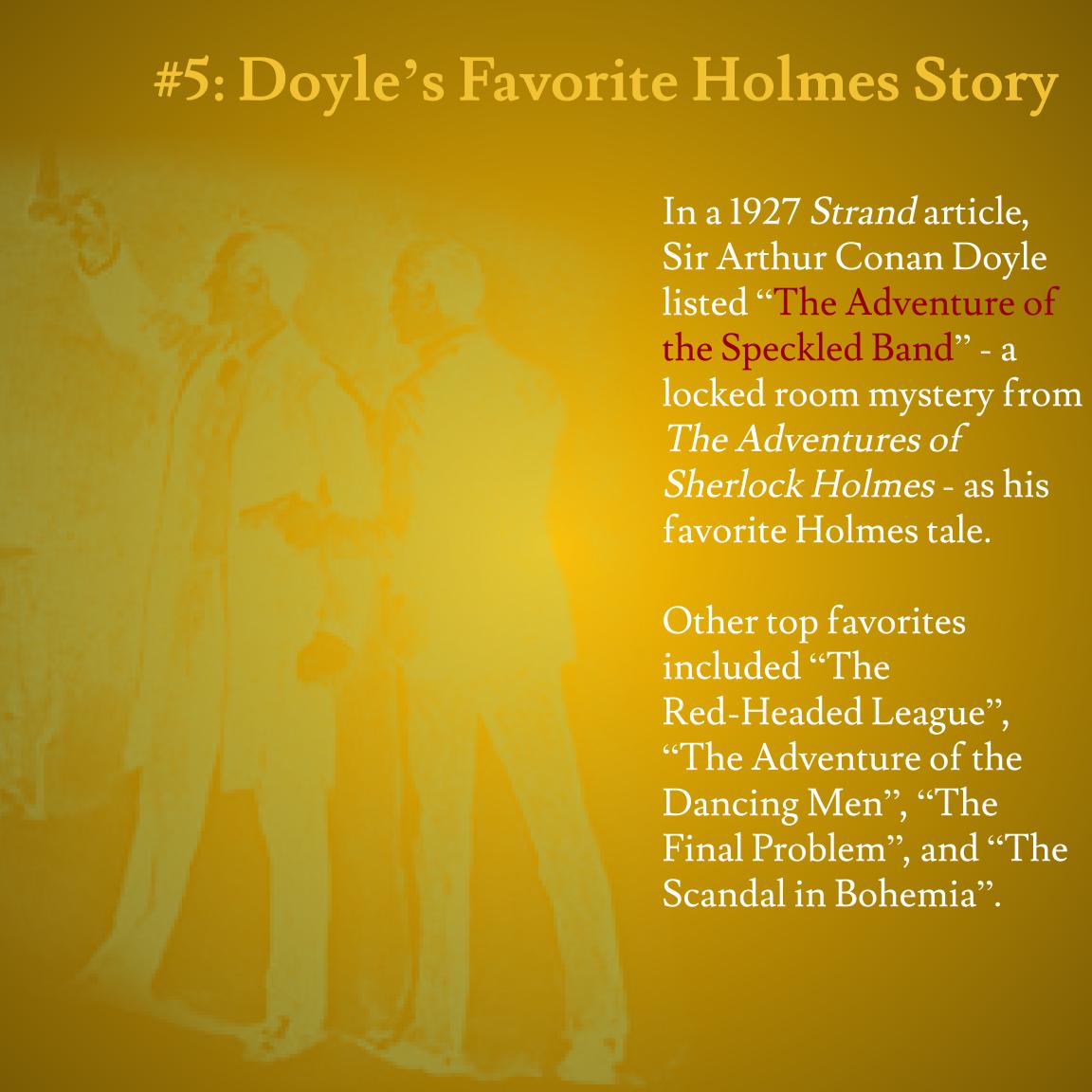 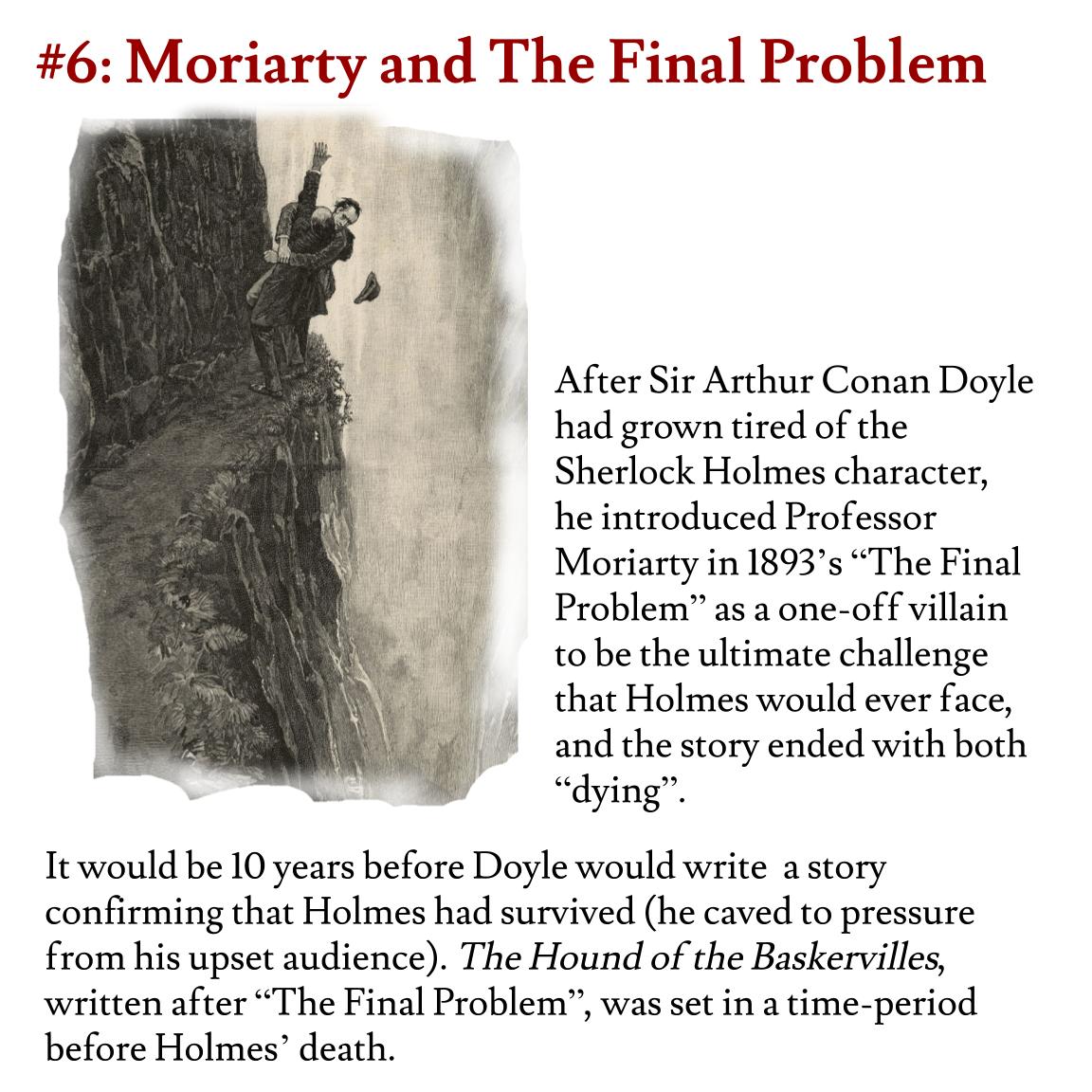 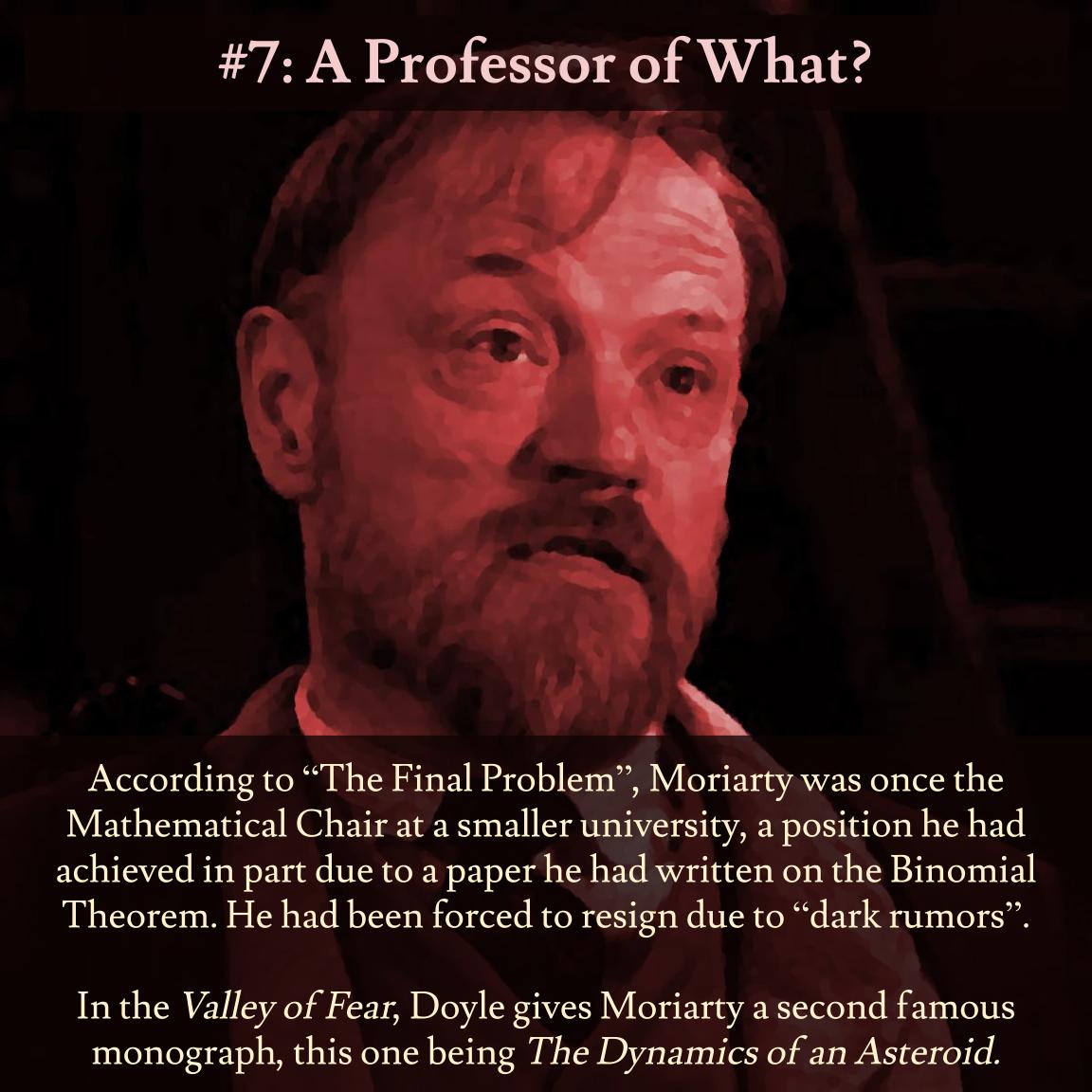 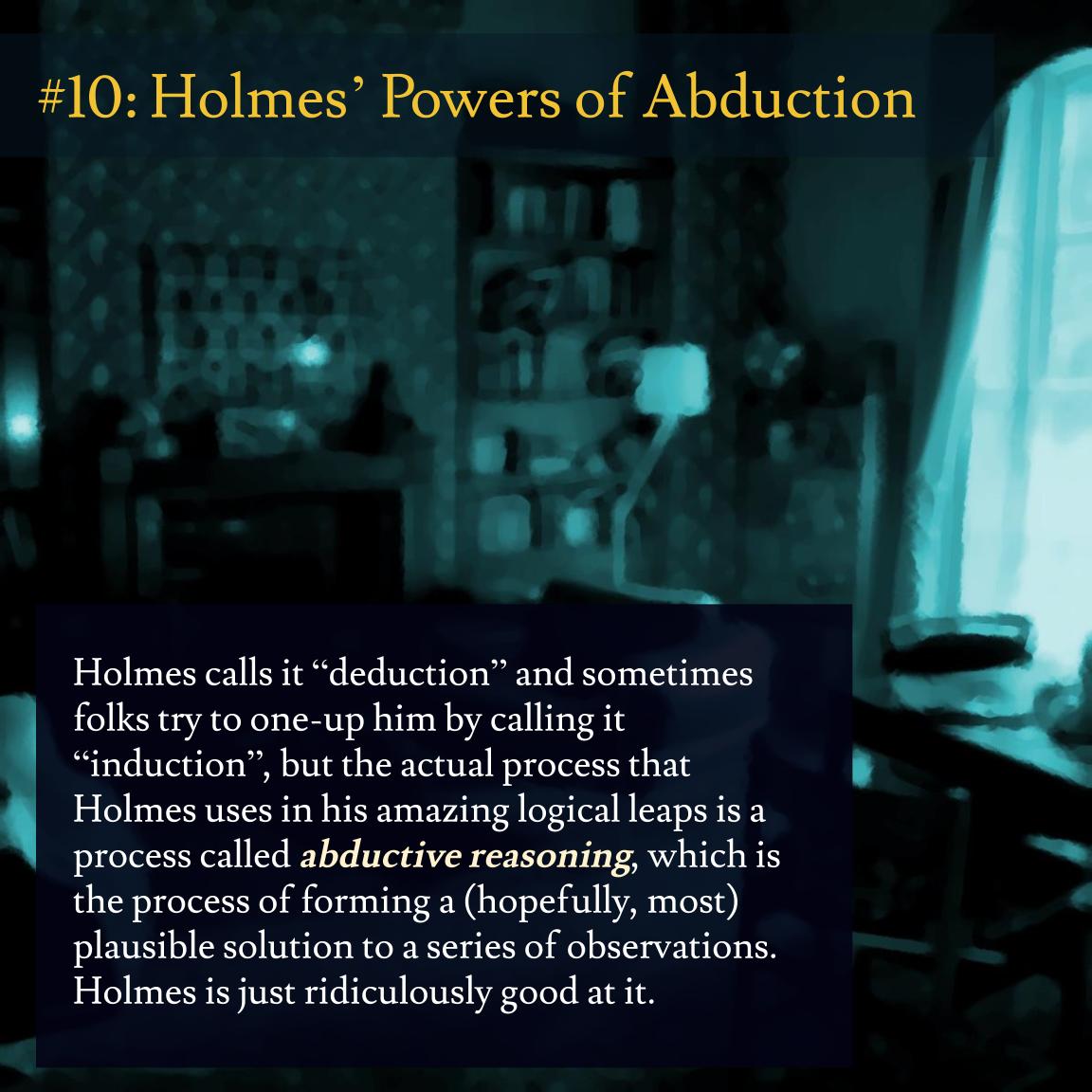 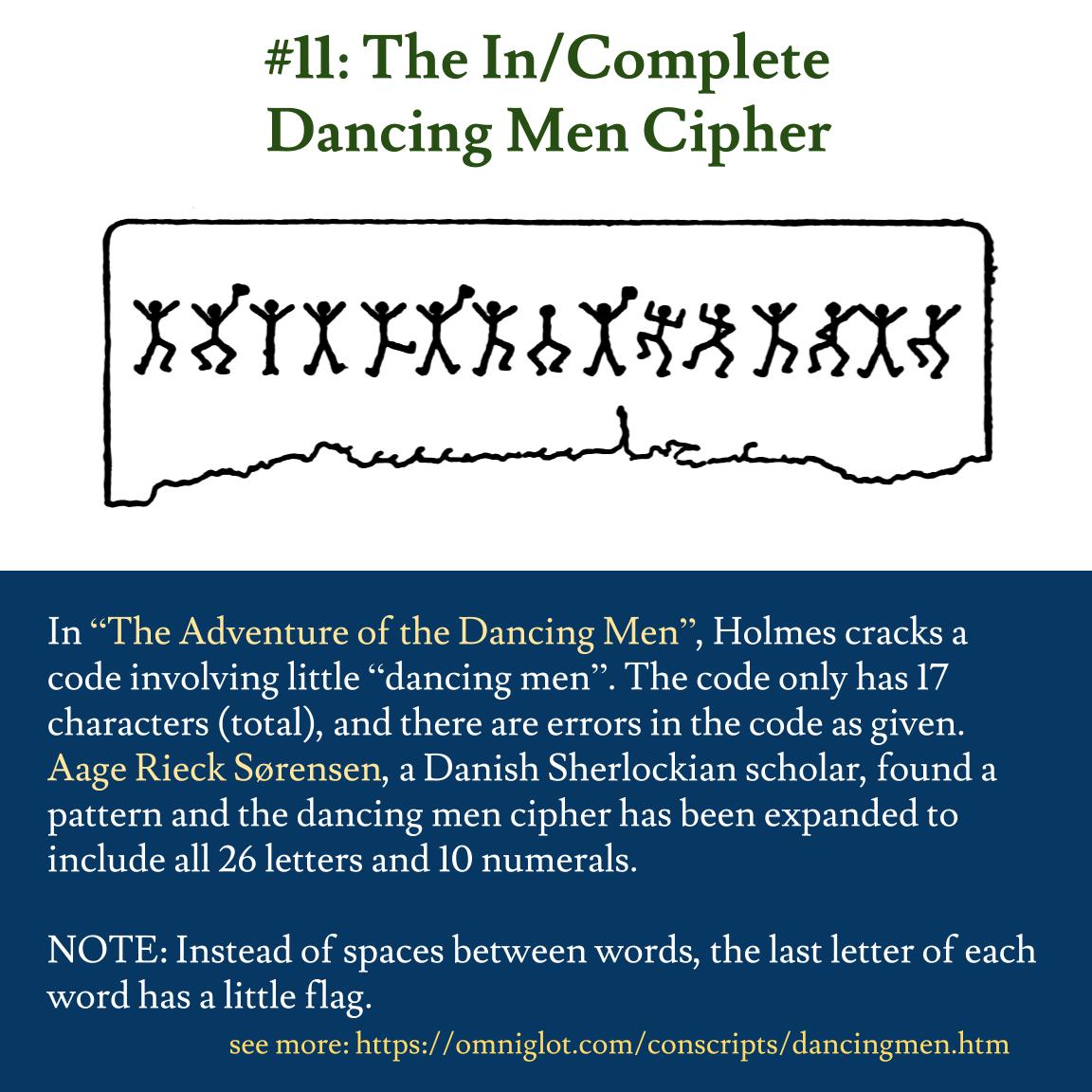 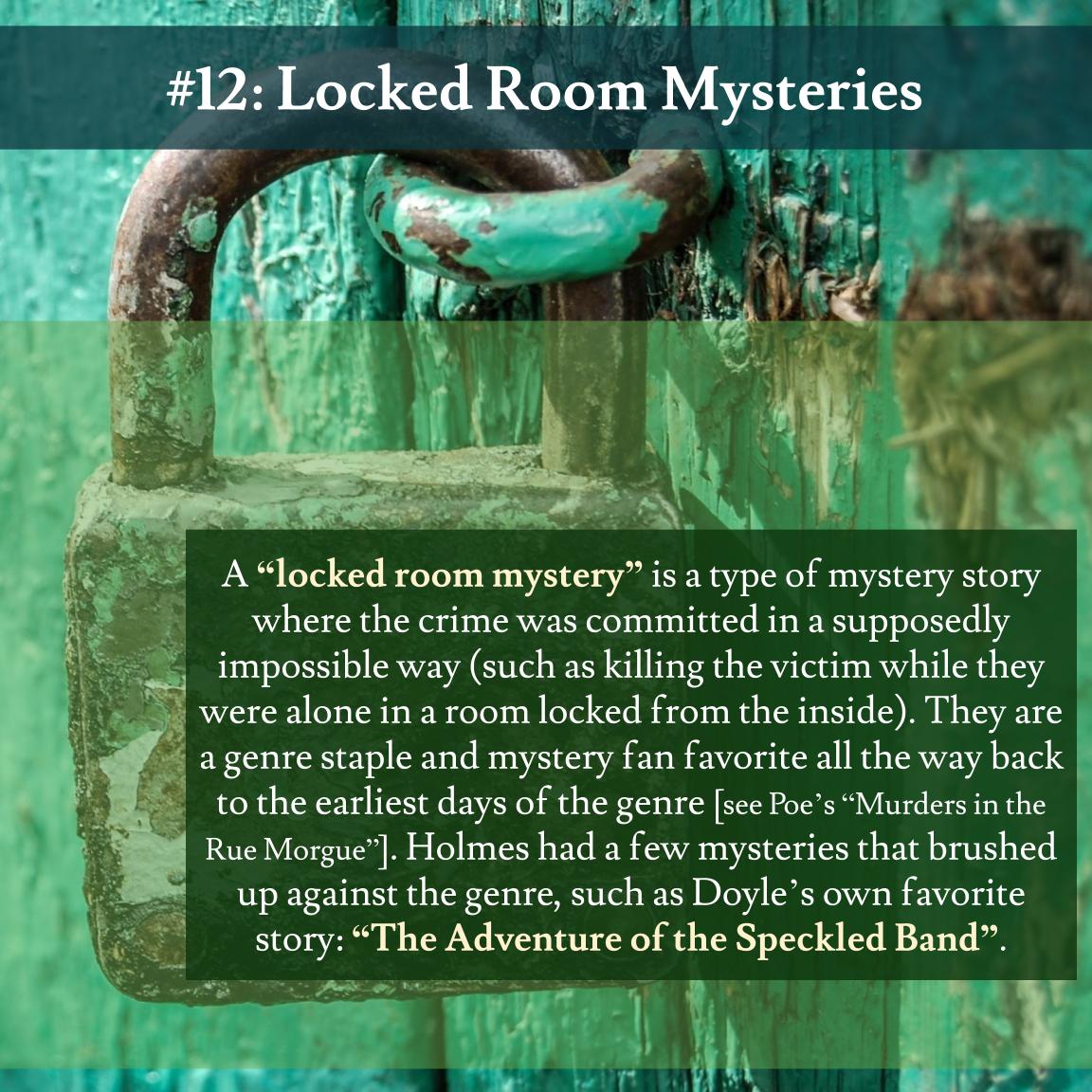 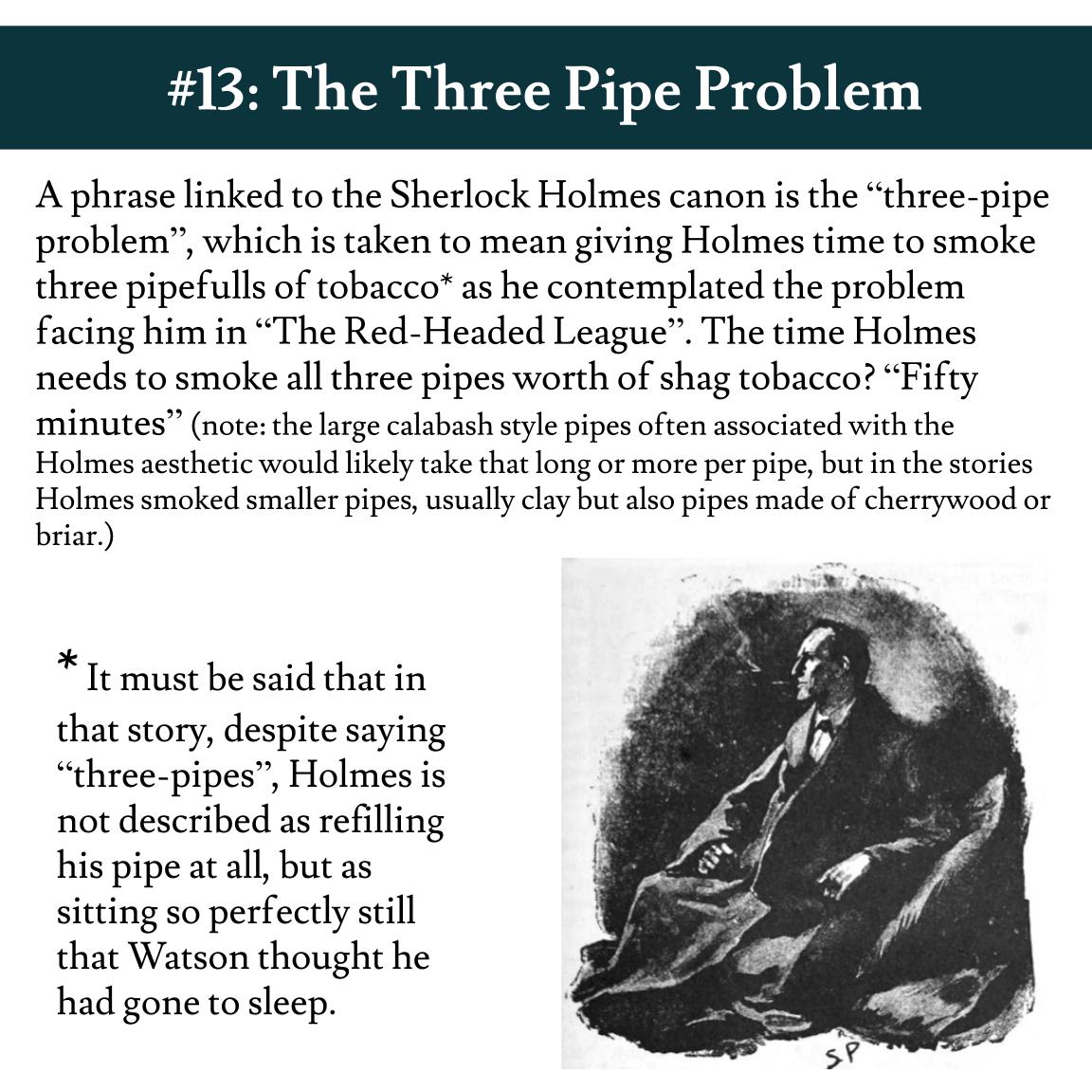 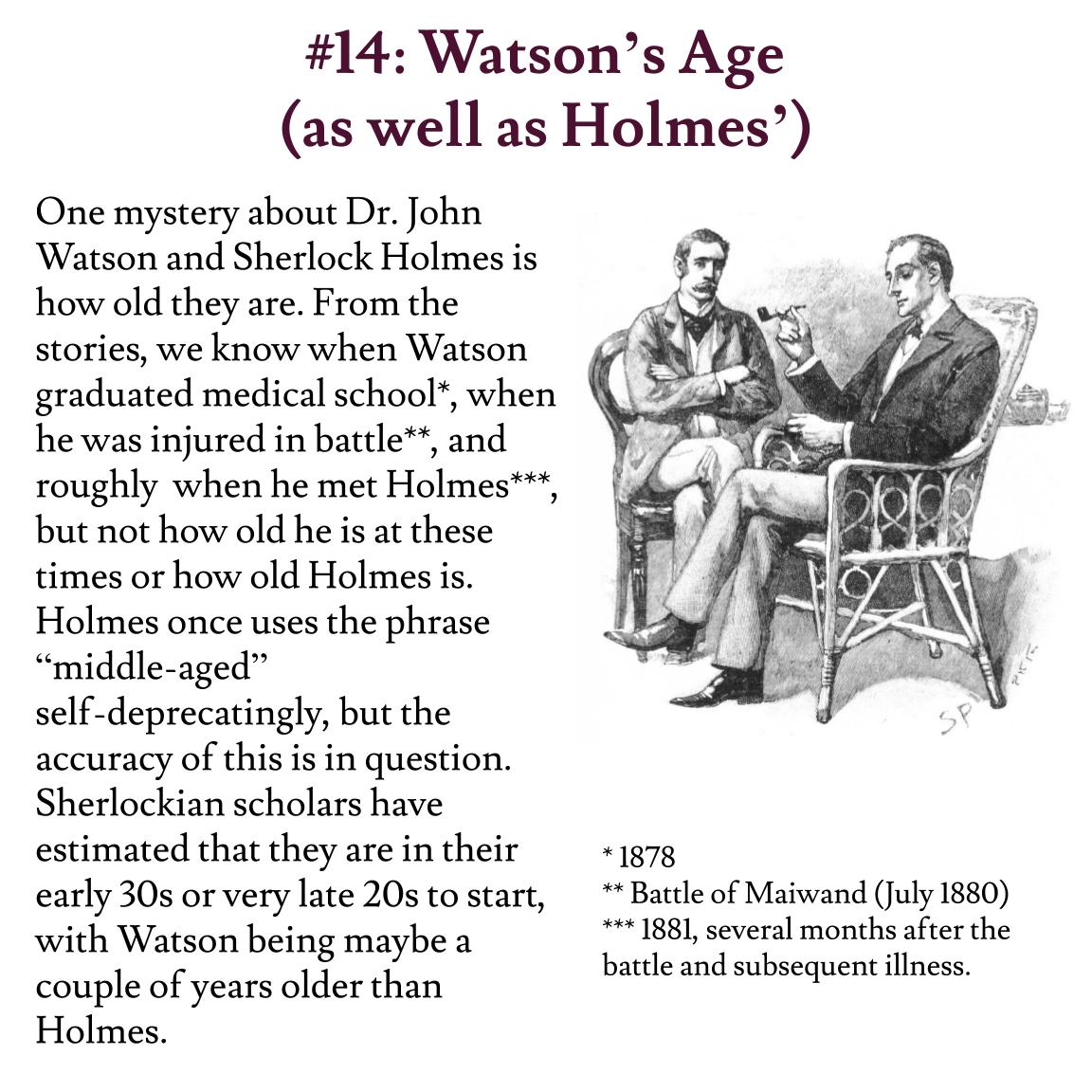 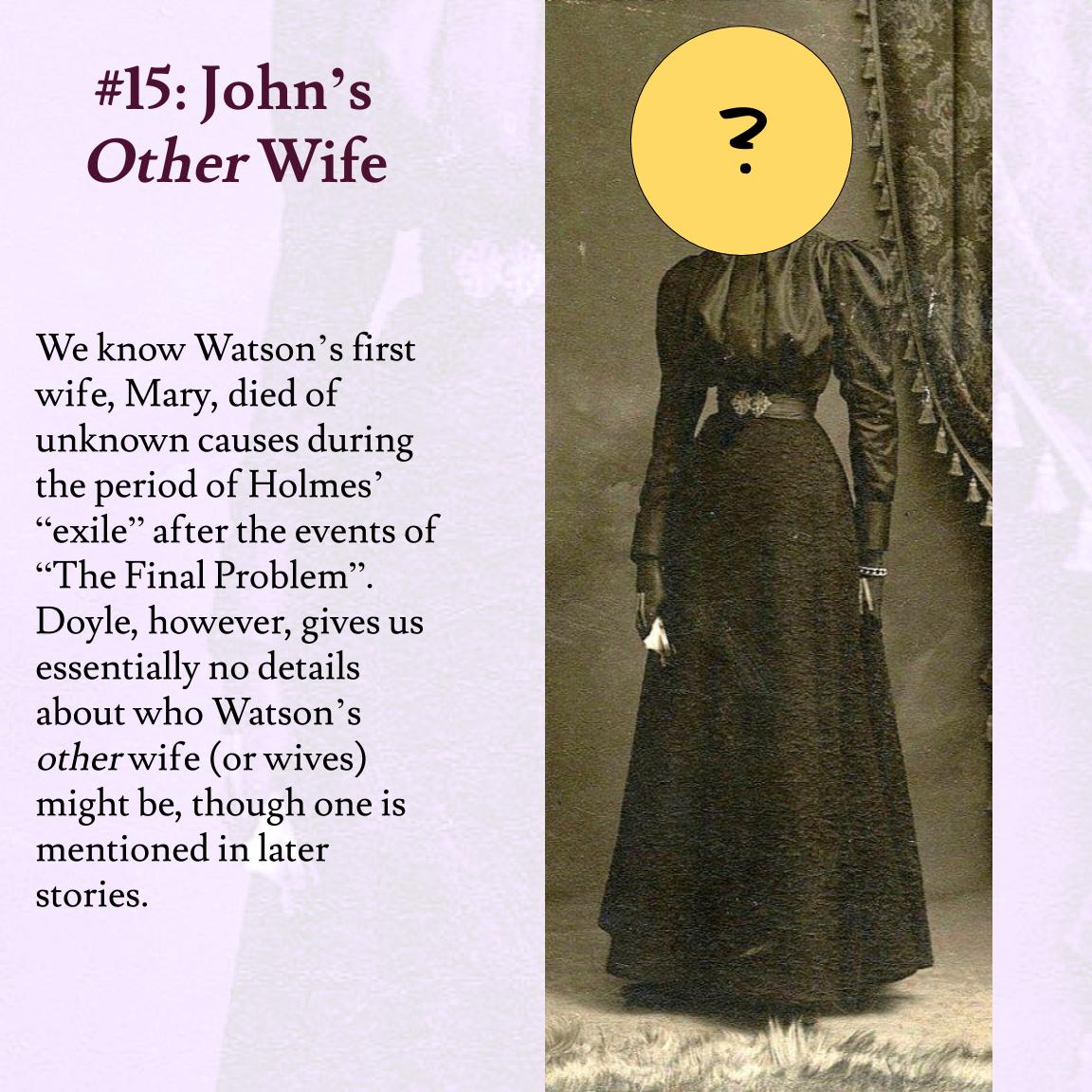 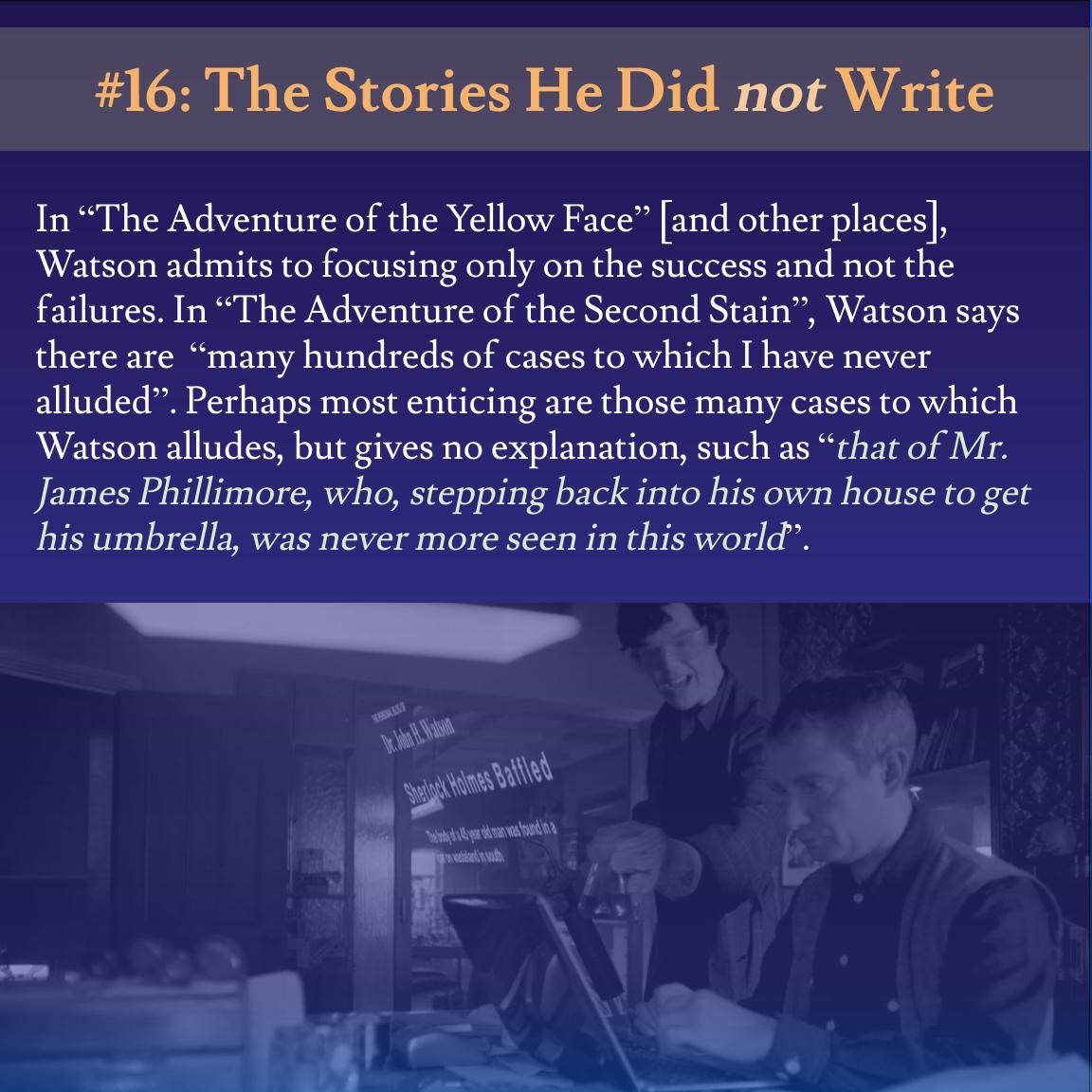 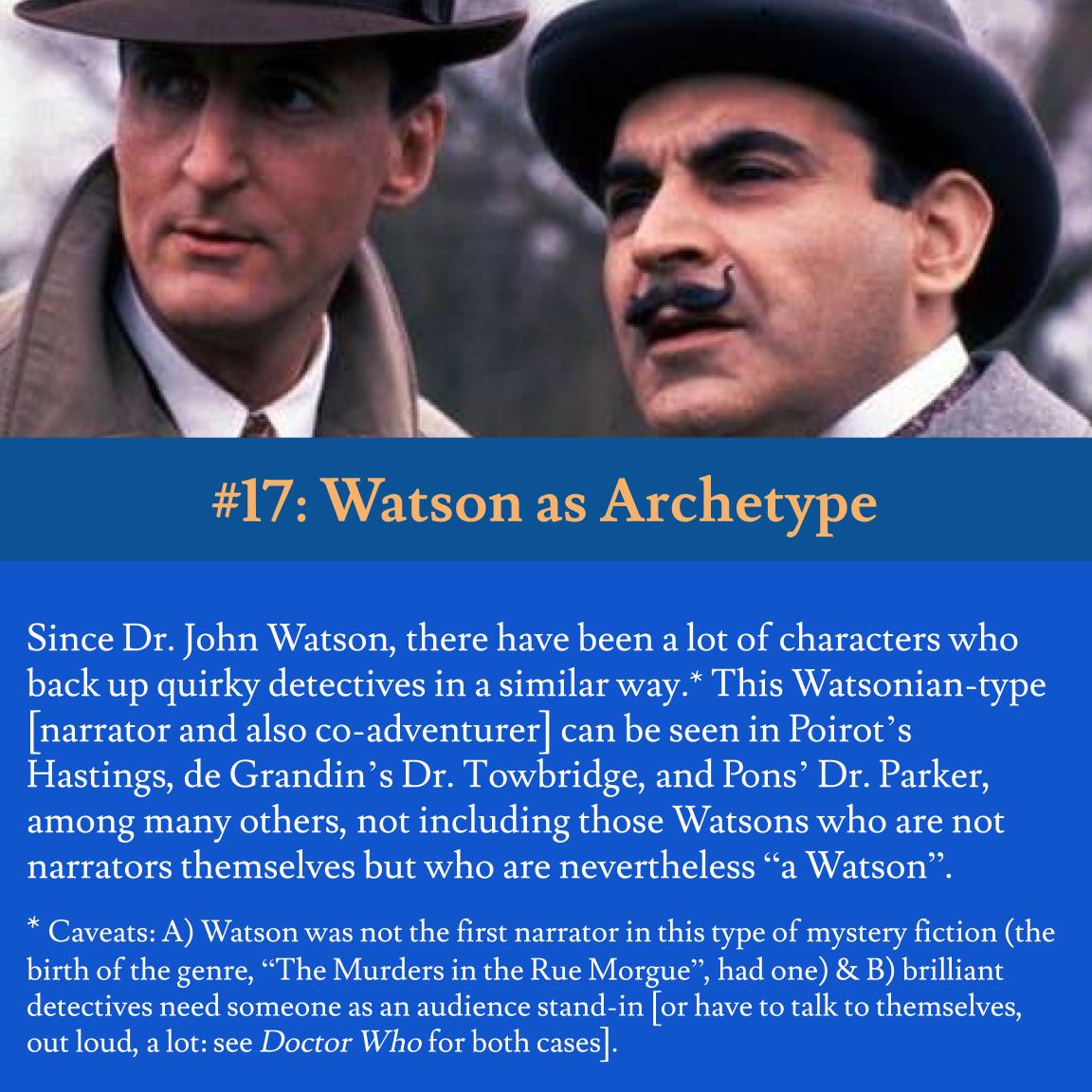 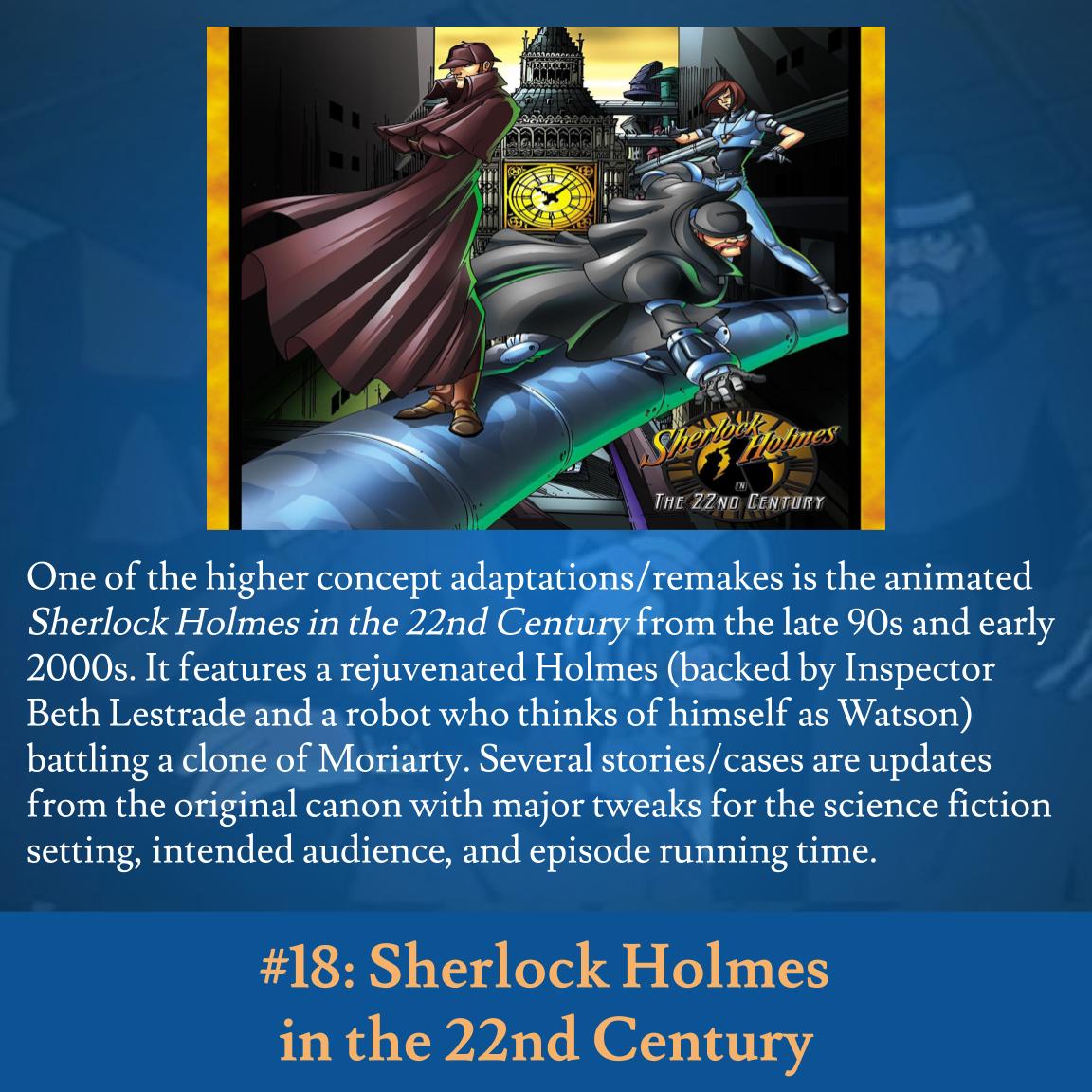 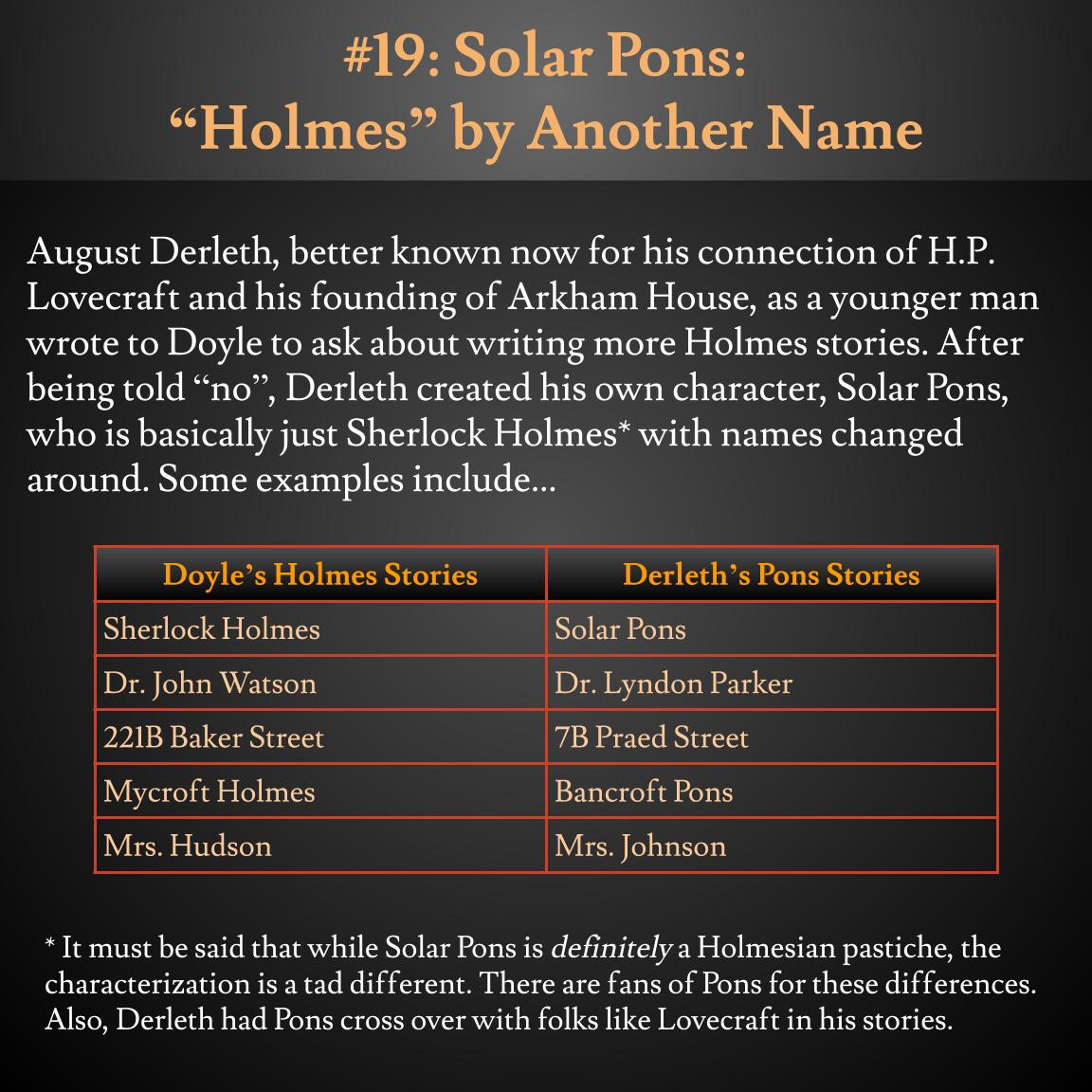 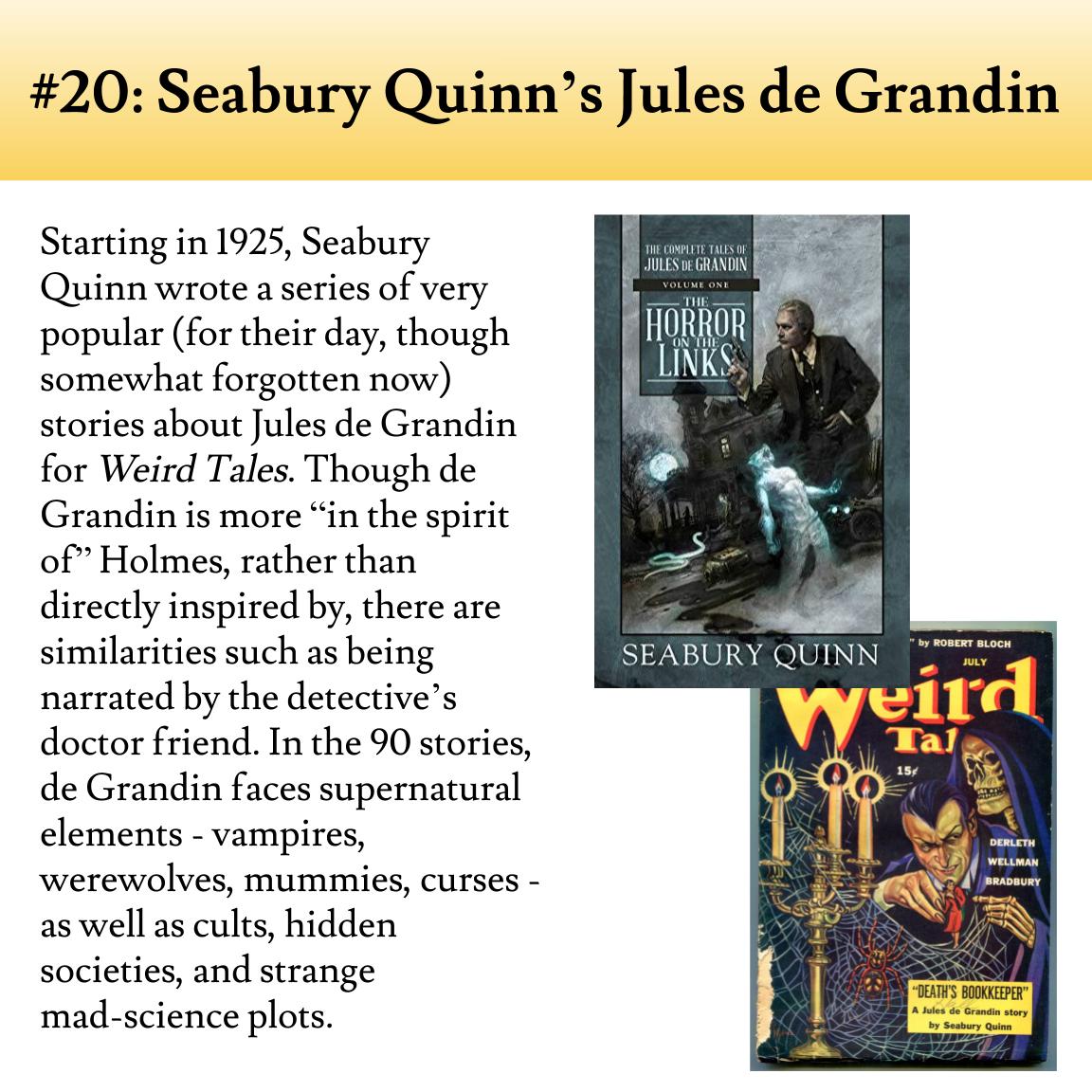 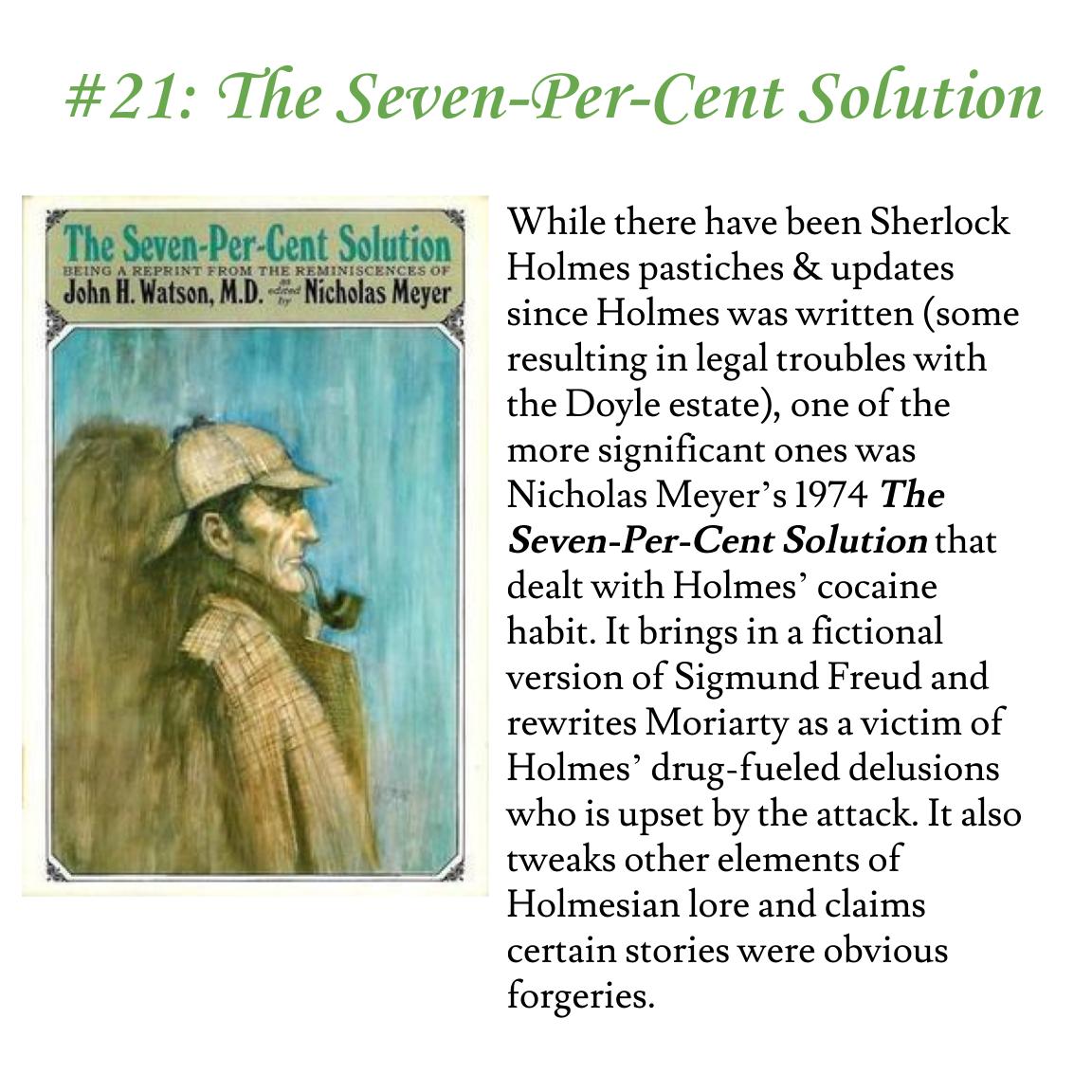 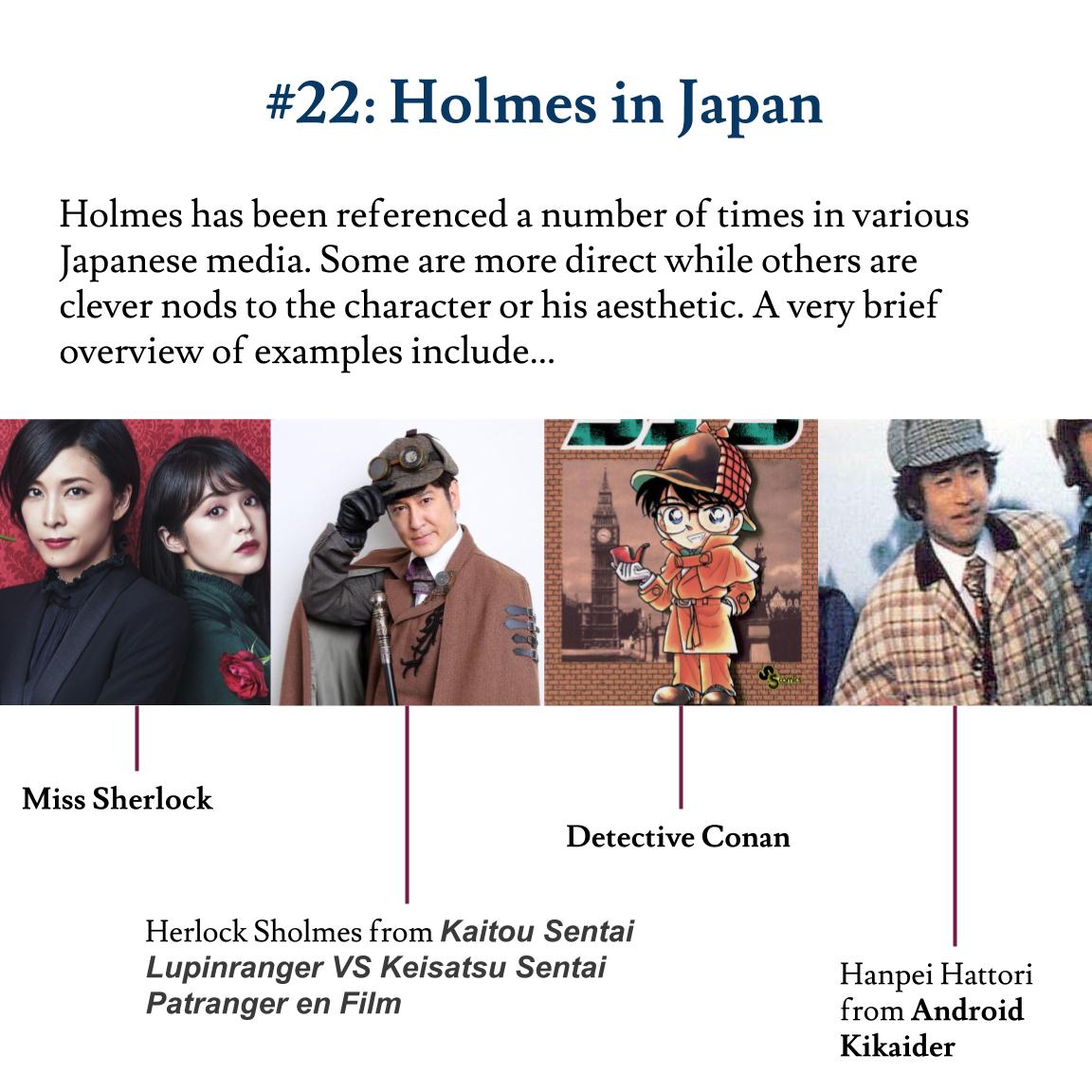 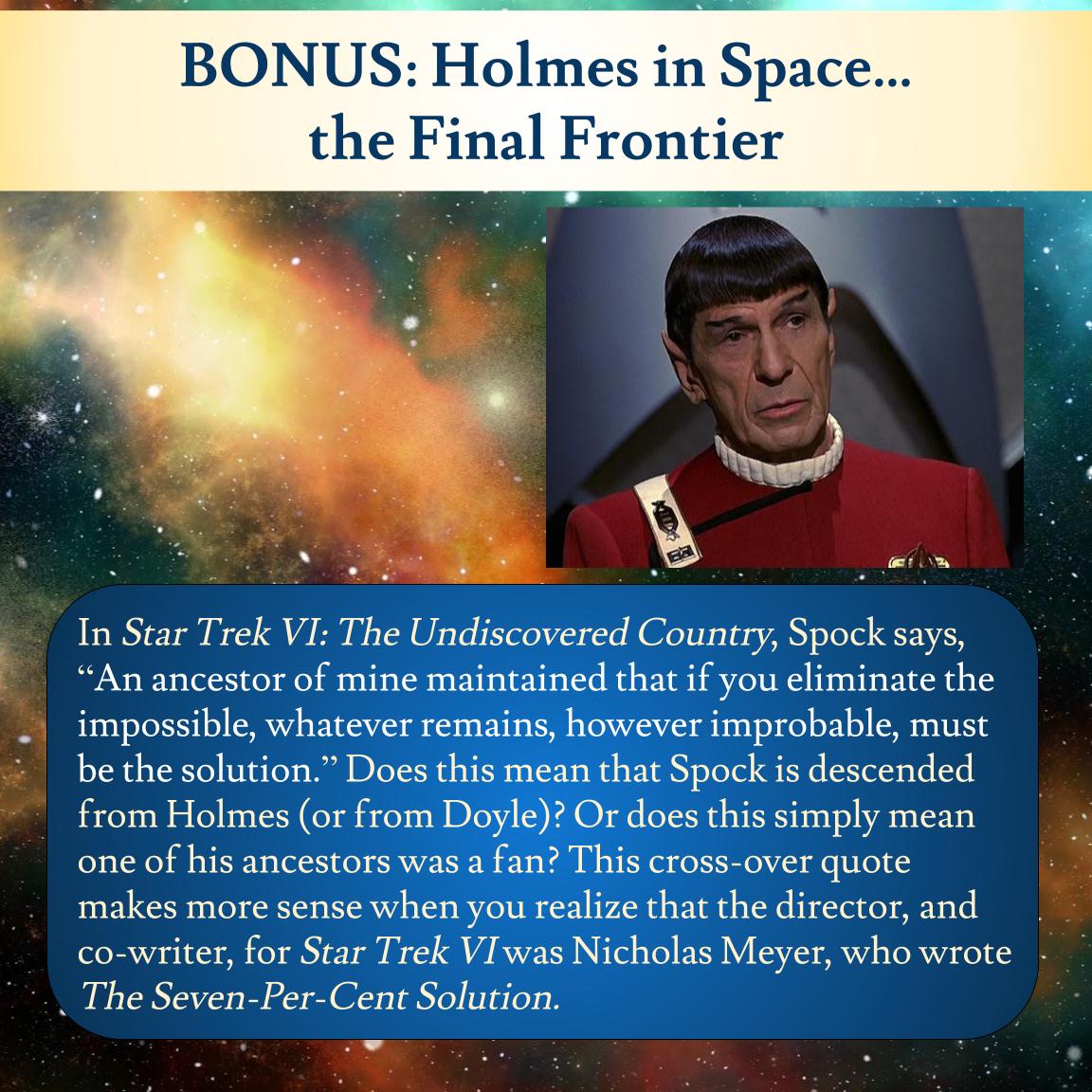 Overall, the information tends to come from the Holmes canon itself (but see note #1, below) as written by Sir Arthur Conan Doyle (occasionally as interpreted by the Author of this post, to use the old form of speech). Of course, various Wikipedia pages related to Sherlock Holmes, as well as other fan-sites, were useful for finding links to images, online links to story text, references to letters and primary sources, getting exact dates of publication that might not have been in text, and finding other tidbits to research in other places. The websites used will be in the footnotes, below. Various tidbits from various introductory essays, and such, read by "the Author" over the years (and he has read quite a number of Holmes collections so has seen several), have no doubt filtered through, but none specific were cited in the making of this. When it comes to "common knowledge" about Sherlock Holmes, it is a tricky question. Holmes is somewhat universally known, but specifics can get kind of muddied. For instance, much reference is made to Doyle becoming tired of the character, but how well is that known? Sometimes assumptions were made about these things.

Notes about some of the individual posts:

#1: Canon is a tricky thing, just ask any Doctor Who fan who likes, say, the various novels or the Big Finish audio dramas. Here, the term is used to mean books (including collections of short stories) written by Doyle about Holmes. Stories like "The Field Bazaar" and "How Watson Learned the Trick" are not usually considered canon, and neither are Doyle's plays where information was added to the Holmes story.

#3: The red bits are a screenshot from an online scan (via Hathitrust) of A Study in Scarlet. It is notable that Holmes changed a bit from his original version and became more generally well-rounded and likeable. The original Scarlet Holmes was so hyperfocused in his knowledge and skill-set that he did not know the Earth travelled around the Sun and, upon being informed, said he would endeavor to forget it.

#8: You can read the vile deeds of Professor Robert Moriarty, here: http://www.diogenes-club.com/sherlockplay.htm

#9: The exact quote in "His Last Bow" is sarcastic Holmes at its best. As someone shouts how they will have their revenge, Holmes calls it, "The old, sweet song," and further goes on to add, "How often have I heard it in days gone by. It was a favorite ditty of the late lamented Professor Moriarty."

#11: Several sites talk about the "dancing men" cipher in the stories and its expanded version, but the one used for the post was https://omniglot.com/conscripts/dancingmen.htm. Note, some search was given to find the paper where Sørensen worked it out, but no luck was had.

#13: While not consulted for the post itself, this link goes into some details about Holmes' pipe smoking and other substance abuse: http://www.sherlockian-sherlock.com/sherlock-holmes-pipe.php

#16: Some fans have compiled a list of the many, many "unpublished cases" of Sherlock Holmes (the ones to which Watson cared to "allude"): https://bakerstreet.fandom.com/wiki/Unpublished_cases. Several of which have been "finished" by Sherlock fans and some more than once.

#19: For some time, Solar Pons books have been a bit hard to find (the Salmon Library does have a copy of The Chronicles of Solar Pons, PS3507 .E69 C57). Recently, Belanger Press have re-released them and even some volumes of Pons pastiche.

#22: Of all things posted here, the influence of Sherlock Holmes on some Japanese media might be most interesting for a follow-up post.

Bonus: The exact Holmes quote, from The Sign of Four, is, "How often have I said to you that when you have eliminated the impossible, whatever remains, however improbable, must be the truth?"

A lot of the images come from Sidney Paget's various illustrations of Holmes and his adventures while book covers were taken from various sources and galleries online. A few are taken from various Sherlock Holmes adaptations featuring Jeremy Brett, Basil Rathbone, Tom Baker, Benedict Cumberbatch, and Robert Downey, Jr. (as well as Andrew Scott and Jared Harris as Moriarty). A few images, such as the lock in #12 and the space background in the bonus fact, came from https://pixabay.com.

If you would like to know more about Sherlock Holmes, or if you have questions or comments to make about these trivia facts, then contact "the Author" (aka, Doug.Bolden@uah.edu). He would love to discuss it with you.

Cambridge Open Access to Host Webinar: The OA Advantage
Cambridge Open Access will host a webinar about the advantages of open access on May 11 (@2pm).
Read more ...
UAH announces faculty promotion and tenure decisions for 2022-2023 academic year
UAH announced that 26 faculty members have been recognized for their outstanding performance and overall excellence by being awarded tenure and/or promotion effective the 2022-2023 academic year.
Read more ...
Salmon Library Part of New ScienceDirect Contract Along with UA System and Other Alabama Campuses
The UA System, the Auburn System, and other Alabama college and university campuses have entered into a new, multi-campus agreement with Elsevier.
Read more ...
Military Service: A History in Postcards - Traveling Exhibit Coming to the Salmon Library this January
In January 2022, Troy University Libraries' traveling exhibit - Military Service: A History in Postcards - will be on display at the M. Louis Salmon Library.
Read more ...
Avoid the Holiday Rush for your ILL requests
The upcoming winter break will bring some interruption to our Interlibrary Services. Avoid holiday ILL delays by getting your requests in soon.
Read more ...