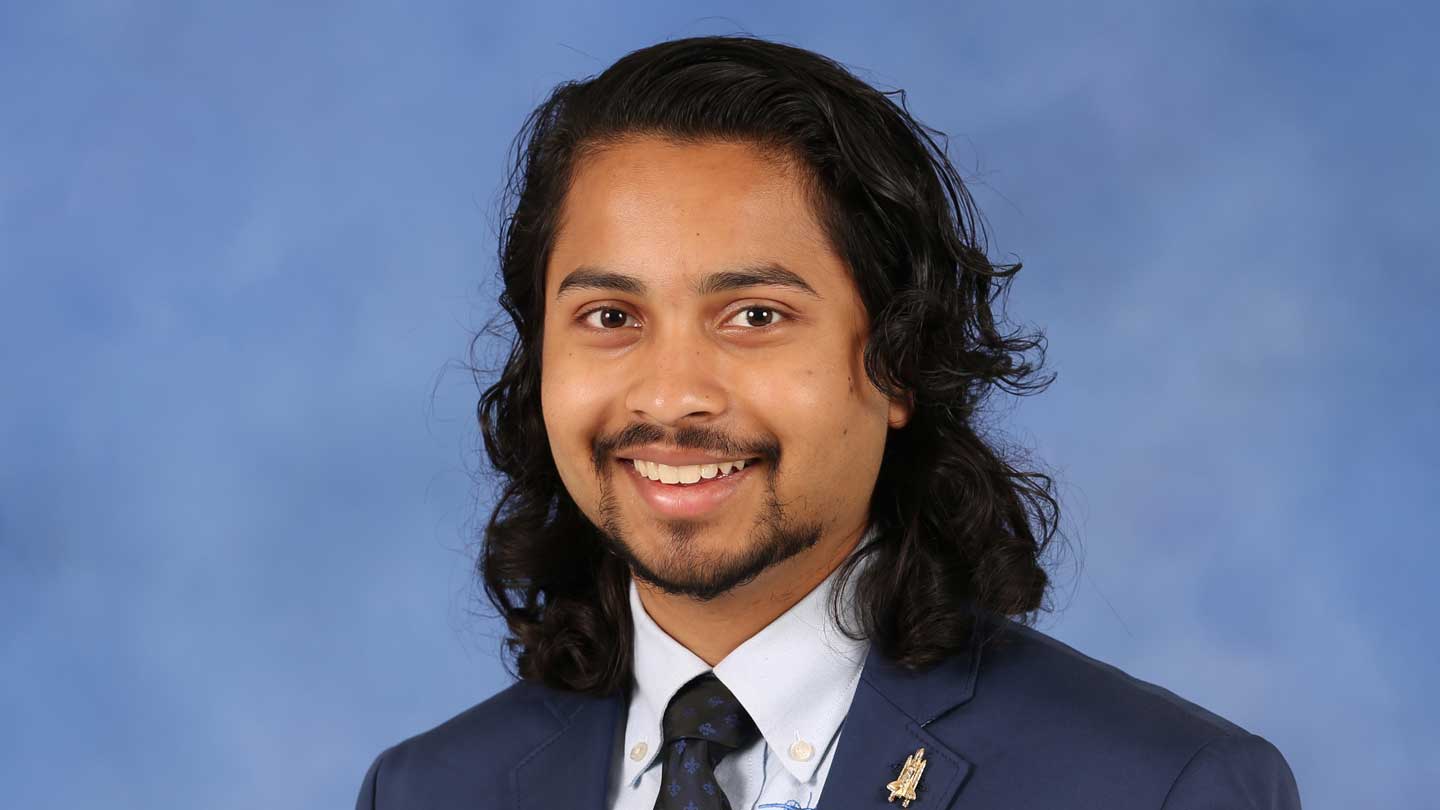 Alay Shah is one of 30 who were selected to the Matthew Isakowitz Fellowship Program from over 280 applicants.

A mechanical and aerospace student at The University of Alabama in Huntsville (UAH) has been selected to the Matthew Isakowitz Fellowship Program.

Alay Shah is a junior at UAH, which is a part of the University of Alabama System, and is one of 30 fellows selected from over 280 applicants for the 2021 summer internship and executive mentorship program designed to inspire the next generation of commercial spaceflight leaders. His fellowship host company is Blue Origin.

"I'm humbled and a little in shock to be part of this incredible class of fellows," says Shah, who is from South Riding, Va. "I knew a few days before it was public, but it didn't feel real until they announced it."

"They were generous with their time and advice, and I wouldn't have made it this far without them," Shah says, as well as valuable mentors at NASA and Blue Origin. He has been an intern at Glenn Research Center, Goddard Spaceflight Center and Johnson Space Center.

"To my knowledge, he's the first UAH student to get a Matthew Isakowitz Fellowship," says Dr. Thomas. "The reason this fellowship is so competitive is because of the tremendous opportunity that it offers for students to learn how to be space entrepreneurs by working alongside scientists and engineers who are revolutionizing the spaceflight enterprise."

Additionally, the program features a memorable summit during which the fellows learn about space start-ups, network with top industry leaders and develop entrepreneurial skills.

At UAH's CSIL, Dr. Thomas says that Shah's research is in systems science, specifically in the hierarchical organization of systems.

"To illustrate, your car is comprised of a handful of key components such as the engine, the body, and so forth, which are in turn composed of smaller parts. We all take the hierarchical organization as common sense, but what makes one hierarchical grouping of parts in a system better than another?" says Dr. Thomas.

"It's a very basic question that has never been answered, and holds the key to realizing systems which are more complex – such as spacecraft – than we can realize today," he says. "Alay does not shy away from tackling hard problems – rather, he is drawn to them."

Shah says that his previous experiences fostered an interest in commercial space.

"I've had an incredible variety of experiences at the CSIL and I've managed to intern at four NASA centers, but since a lot of my experience and network is involved in more traditional government contractors, I didn't really know that much about commercial spaceflight. But through my experiences and the people I met, I learned that these companies were doing extraordinary work and I wanted to be a part of it," he says.

"I really do believe that everyone should have access to space and that it shouldn't be as expensive as it is," Shah says. "I think commercial companies like Blue Origin will be essential to making that happen."