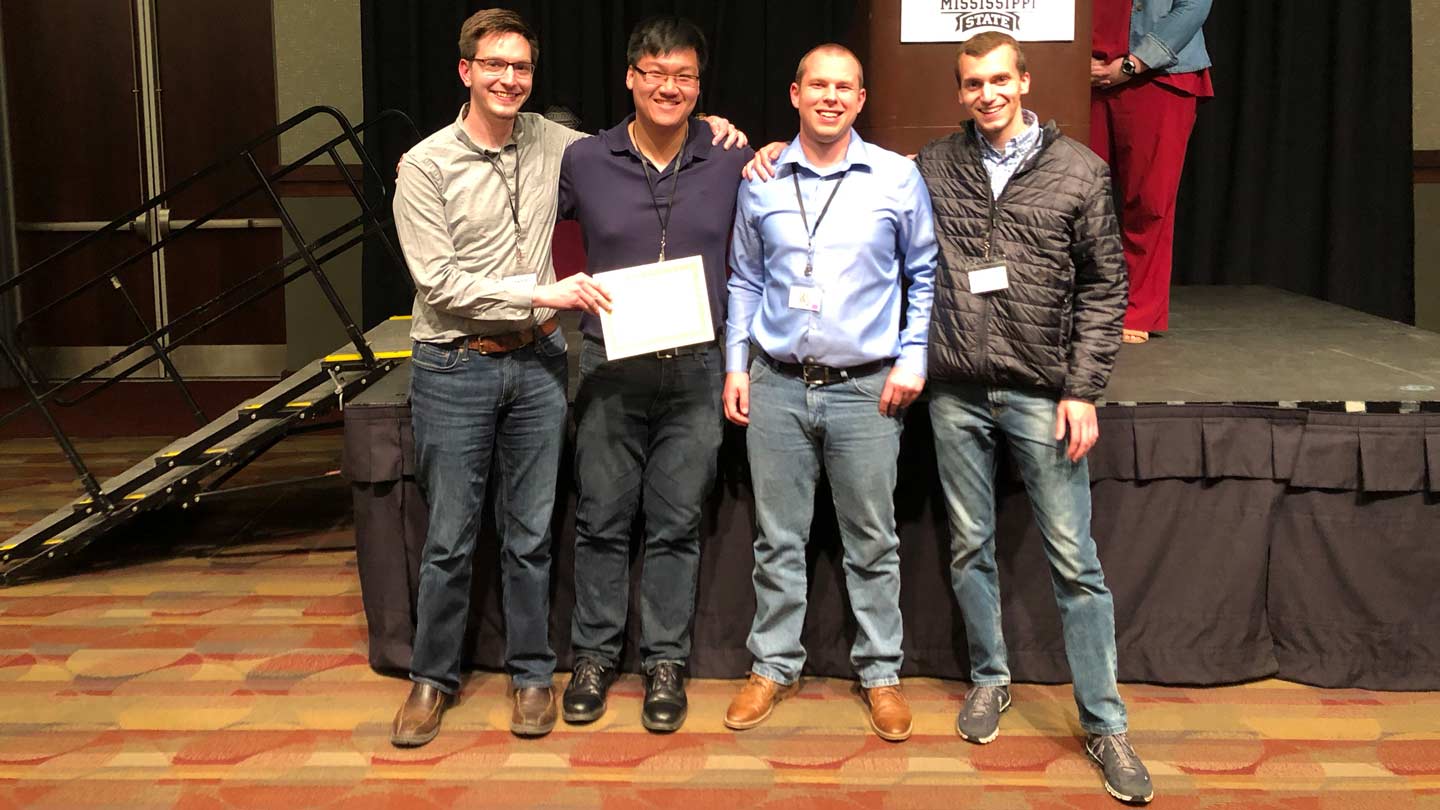 James Holzhauer may be making headlines thanks to his epic winning streak on Jeopardy, but he’s not the only one exceeding expectations with his knowledge of trivia this spring. Just a few weeks ago, Jonathan Cookston led his Chemical Engineering (ChemE) Jeopardy team to a third-place finish at the 2019 American Institute of Chemical Engineers (AIChE) Southern Regional Conference. "We figured we’d do better than any other UAH team, because UAH hasn’t ever sent a team," says Cookston, a senior chemical engineering major at The University of Alabama in Huntsville (UAH). "But we didn’t expect to do anywhere near as well as we did. Instead, our team proved to be very competitive. We were very proud of our finish."

Like the well-known gameshow, ChemE Jeopardy challenges players to answer trivia questions using a buzzer. But unlike the gameshow, the competition allows players to compete in teams of four, progressing through preliminary rounds consisting of single jeopardy and final jeopardy to a championship round consisting of single jeopardy, double jeopardy, and final jeopardy. The winners of each of the nine regional conferences then compete against each other at the AIChE’s annual student conference in the fall.

Typically, students in UAH’s Department of Chemical and Materials Engineering have tended to focus on the conference’s ChemE Car competition; in 2016, for example, the UAH team finished fourth in the regionals, which secured them a spot in the nationals for the first time in a decade. But last fall, Cookston set about enlisting fellow members of UAH’s AIChE student chapter to form a ChemE Jeopardy team instead. He ended up with fellow senior chemical engineering majors Shaun Scheurich and Michael Reeves and sophomore chemical engineering major Darrel Chew. Together, the foursome formed the "Millimeter Rulers," a team name whose meaning Cookston struggles to explain. "We didn’t think about it until about the week or two before the conference!" he laughs.

The competition was incredible.

Every other week, and then every week as the competition neared, the Millimeter Rulers would meet to practice answering questions. "We found a lot of previous ChemE Jeopardy games on the internet, which I’d project on the TV and we played exactly to the rules," says Cookston. And on March 29, with travel funds provided by the Department, the four headed to Mississippi State University (MSU) to take their place in the pantheon of ChemE Jeopardy contestants. Their first competitor? The University of South Florida team, ImprobaBULL, whom they faced one on one in the preliminary round. "We didn’t know if we were ready," he says, "but I was confident in my guys. They’re all very smart."

Unfortunately it didn’t take long to discover that they’d skipped an extremely important step in preparing for the competition. "We never practiced with the buzzers," says Cookston, echoing the lament of many a would-be Jeopardy champion. "That would have helped us a lot, because I definitely knew some answers but I missed buzzing in." They also realized that their practice approach of playing against each other didn’t prepare them for the team format of the competition, which allows players to discuss the answers before buzzing in. "We had been doing it as a free for all," he says, "so playing as a team was different."

They quickly found their footing, though, and were able to garner a strong lead. That is, until the high-stress environment got the better of them. "At one point we were overconfident," he says. "Then we had a string of incorrect answers, which made us underconfident, and then we weren’t buzzing in for things we knew." Fearing defeat, Cookston took action as the team’s captain. "Between questions, we had a pep talk," he says. "I did my best to encourage them." Soon after, the Millimeter Rulers were able to reclaim control of the board and win the round.

With their nerves settled and the buzzer no longer an issue, the team easily sailed past their semifinal rivals, the University of Florida team Ethanol Enthusiasts, and the Auburn University team Nova. But something else altogether awaited them in the final round, in which they were pitted against the Clemson University team BrINCIHOF and the Louisiana State University (LSU) team Fighting Tigers. "There was a big LSU game at MSU that night, so there were a lot of LSU fans – and no UAH ones," says Cookston with a laugh. "When LSU got a question right, there was uproarious applause. And when UAH did, there was just silence!"

That is, until the moderator posed a make-or-break $600 question about Laplace transforms. "No one knew, but then Michael buzzed in and got it right," says Cookston. "So there was applause for that!" Reeve’s answer also earned the team the lead going into the final jeopardy round, where they faced the dual challenge of answering correctly while at the same time wagering the right amount of money needed to win. Sadly, however, that challenge proved too great. "If we had bid zero we would have come in second place, but we bid too much and then blanked collectively," he says. "It was bittersweet because we hadn’t expected to get past the first round and then we came so close." 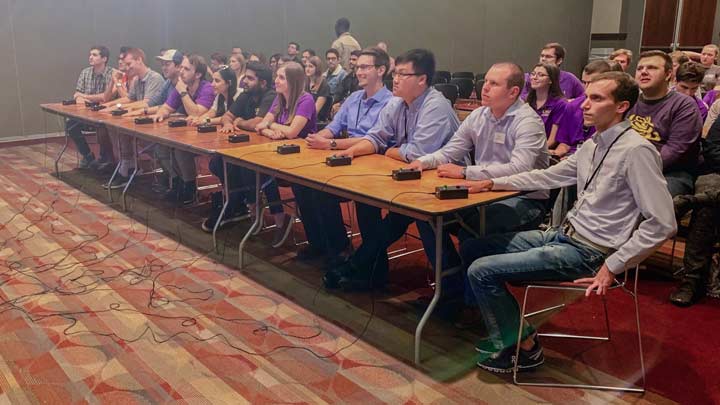 The UAH team, dubbed Millimeter Rulers, survived the preliminary round and the semifinals to face off against Clemson and LSU in the finals.

After picking up their third-place certificate at the evening’s award banquet, the team headed back to UAH, but not before making one last stop to commemorate – and commiserate on – their finish. "We had decided long before that, no matter what happens, we were going to get ice cream!" he laughs. "There was definitely both celebration and sadness." Their certificate, meanwhile, was framed and presented to their student chapter faculty advisor, Dr. Jeffrey Weimer. "He was very proud," says Cookston, adding that he too was "very proud" of the team’s showing. "We expected this competition to be a learning experience to better prepare for future years. Instead, our rookie team proved to be very competitive."

With the team’s three seniors graduating, that leaves Chew to carry on the Millimeter Rulers’ legacy at next year’s ChemE Jeopardy competition. "Darrel is very excited to carry on the team, and I am looking forward to what the future will bring for the UAH team," says Cookston. "If I’m close, I’d love to come back and help. It all depends on my job." In the meantime, he’s already tasked Chew with his first assignment as the new team captain. Says Cookston, "I told him to start thinking of good team name sooner!