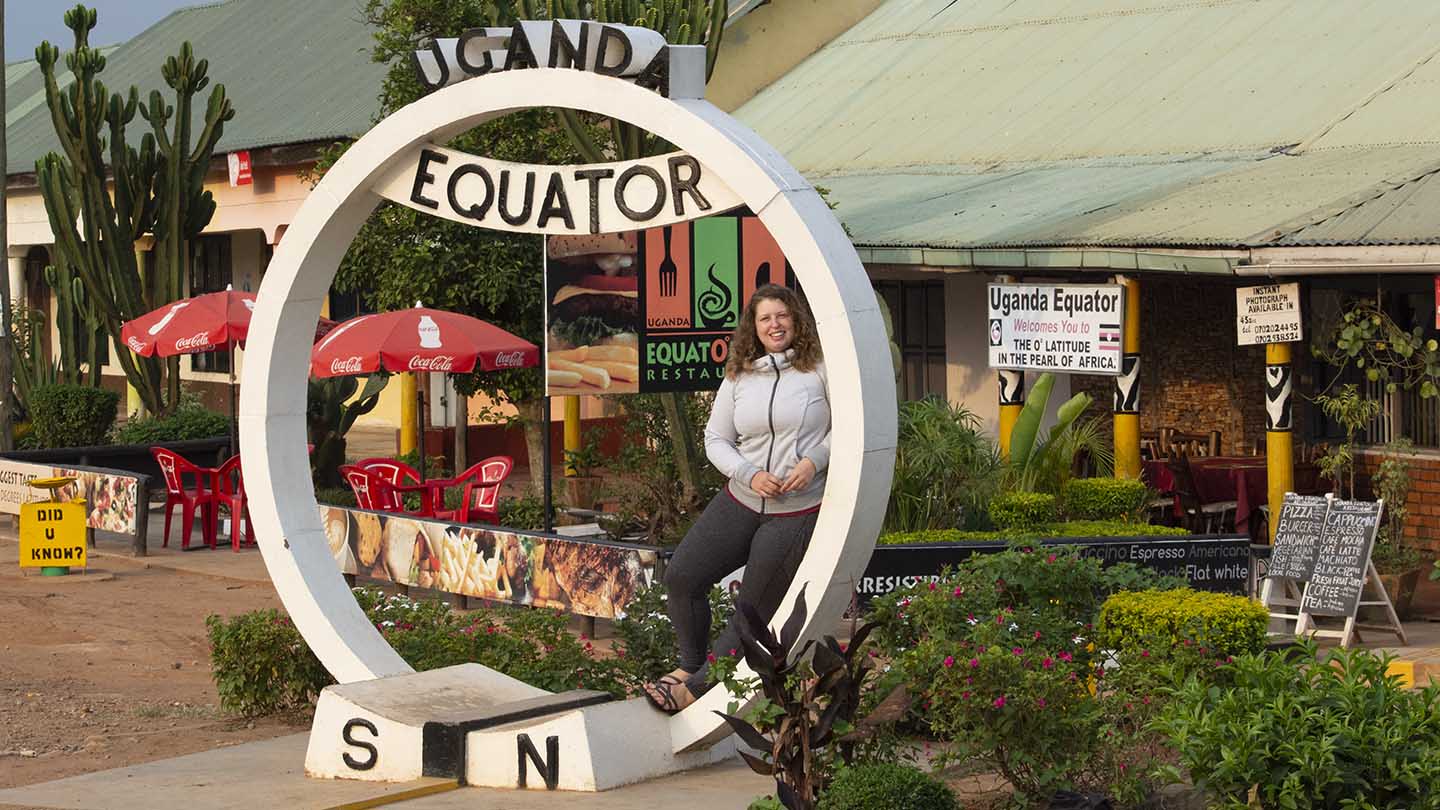 “I think it’s normal for people in creative fields to shift careers every decade or so in search of fresh inspiration and perspectives,” says senior Emily Gothro (COS, Biological Sciences, ‘23). She should know; she made a change from working as a professional costume technician and designer in the theatre industry to studying ecology at The University of Alabama in Huntsville (UAH), a part of the University of Alabama System. That career pivot, she says, would not have been possible without the Last-Mile Fund. “Without the support of UAH and the Last-Mile Fund, I likely would not be here,” Gothro admits. “I want to find a niche, or an untapped area of need, in ecology, like I had found in my former career, where I could build myself a launch point, professionally. I feel I’ve been able to do that at UAH.”

As a child living in Michigan, Gothro’s first loves were theatre and nature. “Growing up, my family did historical re-enactments, and so I got interested in theatre in elementary school,” Gothro shares. “But I was also that kid sneaking spiders into the house.” Gothro majored in theatre in college and finished three years before extenuating circumstances forced her to drop out. Then, almost by accident, she was offered an opportunity to work and tour with Disney on Ice as costuming crew after a “serendipitous” conversation with a Feld-Disney employee. The conversation led to a 15-year touring career in costuming that took Gothro to more than 27 countries and nearly every state in the U.S. “I have always been a rover, so working on the road suited me.” 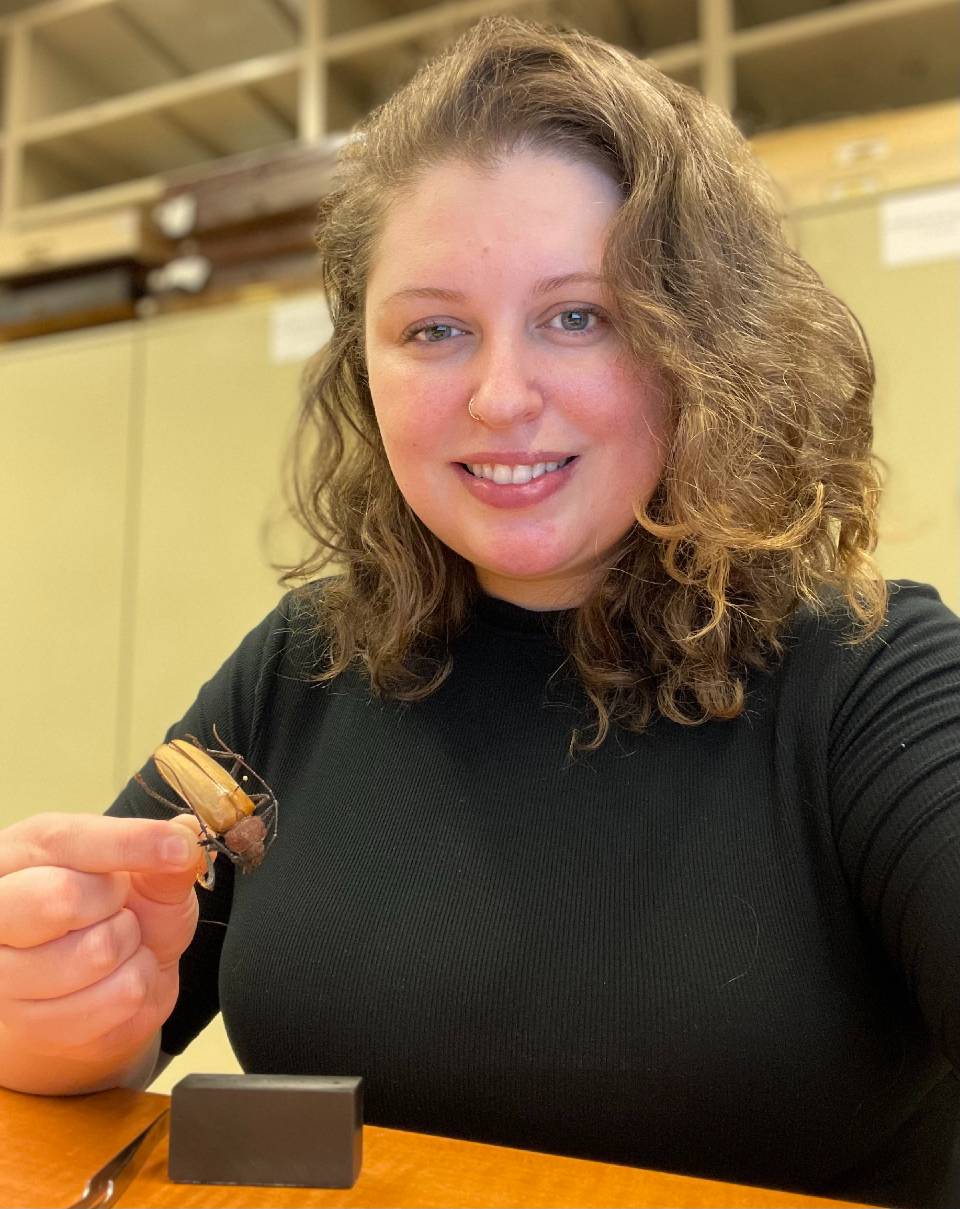 Emily Gothro with a large beetle

Gothro’s career led her from Disney on Ice to Ferrari World in Abu Dhabi, United Arab Emirates, where she worked as the costume manager and interim entertainment manager. After this, Gothro moved back to the States where she worked with Marvel on a touring arena show. At this point, Gothro says she was getting burned out. “I needed a break,” she admits, which led her to step away from touring for four months, during which she backpacked from Nairobi, Kenya, to Cape Town, South Africa. “I needed space and time to think about what I wanted to do next,” she explains. “I needed a slower pace, and to clear my mind in nature, where I’ve always felt the most grounded. Working in professional theatre is magical, but I needed to start thinking about finally finishing my college degree.”

The trip reignited Gothro’s interest in science. “With the help of a guide, I tracked dung beetles and learned about wood-boring insects and safari ants. I climbed Mount Kilimanjaro and trekked to see silverback gorillas in the Virungas. Bush camping in the Serengeti and through the Okavango Delta in Botswana were life-changing experiences.” Gothro returned home with a new plan: to go back to school and pursue a degree in science. Theatre, however, wasn’t quite done with her yet.

Broadway called when Gothro returned home, and she answered. She worked for shows like Finding Neverland and RENT for several more years, but she never lost her interest in science. “I took online classes,” Gothro says. “Then a friend of mine introduced me to UAH.” Her friend, a fellow roadie and UAH alumna, had retired from tours and settled in Huntsville. “I visited her when a tour schedule brought me to Huntsville,” Gothro details. “While I was there, she drove me to UAH’s campus and said, ‘if you’re interested in science, this is the place to be.’ She told me to talk to someone about UAH’s programs and how to apply.”

Gothro might have continued her theatre career for a bit longer, but the pandemic changed everything all at once. “It was like blinking. One minute you’re living on a tour bus and working, and the next you’re homeless.” Gothro shares that most of her colleagues lost their jobs and homes when the pandemic hit. “COVID was devastating to the theatre industry. In 2020, nearly every week that passed, someone we knew either lost their livelihood or their life. I was lucky, but I felt directionless and stuck. I had been thinking more and more about making the move to Alabama, so when I had a chance, I moved in with my friend. And in 2020, I started taking UAH classes online.”

Students who are academically passionate but need a leg-up often find themselves struggling to envision a pathway to the future they spend years curating. The Last-Mile Fund connects our incredibly generous donors with tangible results. It's personal to each of us, and receiving this funding creates a renewed drive to be as successful as possible.

Gothro explains that finances were difficult from the very beginning. “Everything I saved to start a life after touring was depleted after only six months, and it was a struggle to get unemployment.” But going back to school gave her purpose. “I continued to take classes online, and in the fall of 2021, I was finally able to attend in person."

During that time, Gothro decided to major in biology. “My experiences in Africa impacted my decision to focus on ecology and conservation,” she says. “The biology department gave me a place to explore that, and my love of entomology was rekindled. Outside of Alabama, I don’t think people realize the amazing biodiversity that exists here. It’s kind of the perfect place to study.” Gothro cites several professors as being instrumental in her renewed interest in the environment and insects, and she’s been given many opportunities to practice her skills in real life and learn some new ones. “To learn as much as possible, I volunteer at the Alabama Museum of Natural History at The University of Alabama, as well as with the Huntsville Botanical Gardens and Cook Museum. I hope to get more involved with research in entomology as a part of Dr. Matthew Niemiller’s Cave Biology Lab, as well. Through all of this, I’ve been able to pick my mentors’ brains and really narrow down the areas I’m most excited about.”

Despite her passion, Gothro emphasizes that making ends meet has been difficult. “Because I went to school previously, I maxed out my student loans, and the cost of education has exploded since 2005. As a senior, I have some catching up to do and need to apply for internships and learn research & field skills instead of focusing only on finances, but the cost of living and school makes that difficult.” Gothro admits that just a few weeks before learning she was awarded the Last-Mile Fund, she was making plans to move back to Michigan. “I didn’t think I would be able to stay here,” she says. “The Last-Mile Fund saved my opportunity to graduate, making it so I can get through the summer semester more smoothly. It’s keeping me going.”

The Last-Mile Fund reduces financial barriers to graduation for undergraduate students at the end of their college careers. “The Last-Mile Fund is a spectacular example of how a donor can directly make a world of difference for a senior’s final stretch at UAH,” Gothro says. “Students who are academically passionate but need a leg-up often find themselves struggling to envision a pathway to the future they spend years curating.” Gothro goes on to say, “The Last-Mile Fund connects our incredibly generous donors with tangible results. It's personal to each of us, and receiving this funding creates a renewed drive to be as successful as possible.”

In typical fashion, Gothro is looking forward to what’s next. “Coming to UAH was grounding, and it gave me the chance to explore where I wanted to be. I found a purpose I didn’t know I’d find.” That doesn’t mean Gothro’s done with theatre, but for now it’s taking a back seat. “Theatre is a part of who I am. One of the best things about the human experience is finding connections between us and the rest of the world, which is that crucial cross point between science and the arts.” For Gothro, that includes the study of insects, plants, humans and the environment as she plans to graduate from UAH in 2023 and move on to pursue a graduate degree. Gothro says the Last-Mile Fund has given her the ability to prepare for the next adventure. “It was difficult to think about graduate school when I wasn’t sure I could afford my last undergraduate year. I’ve worked hard to get where I am now and it’s exciting to again look forward to the future and the adventure I plan to make it.”