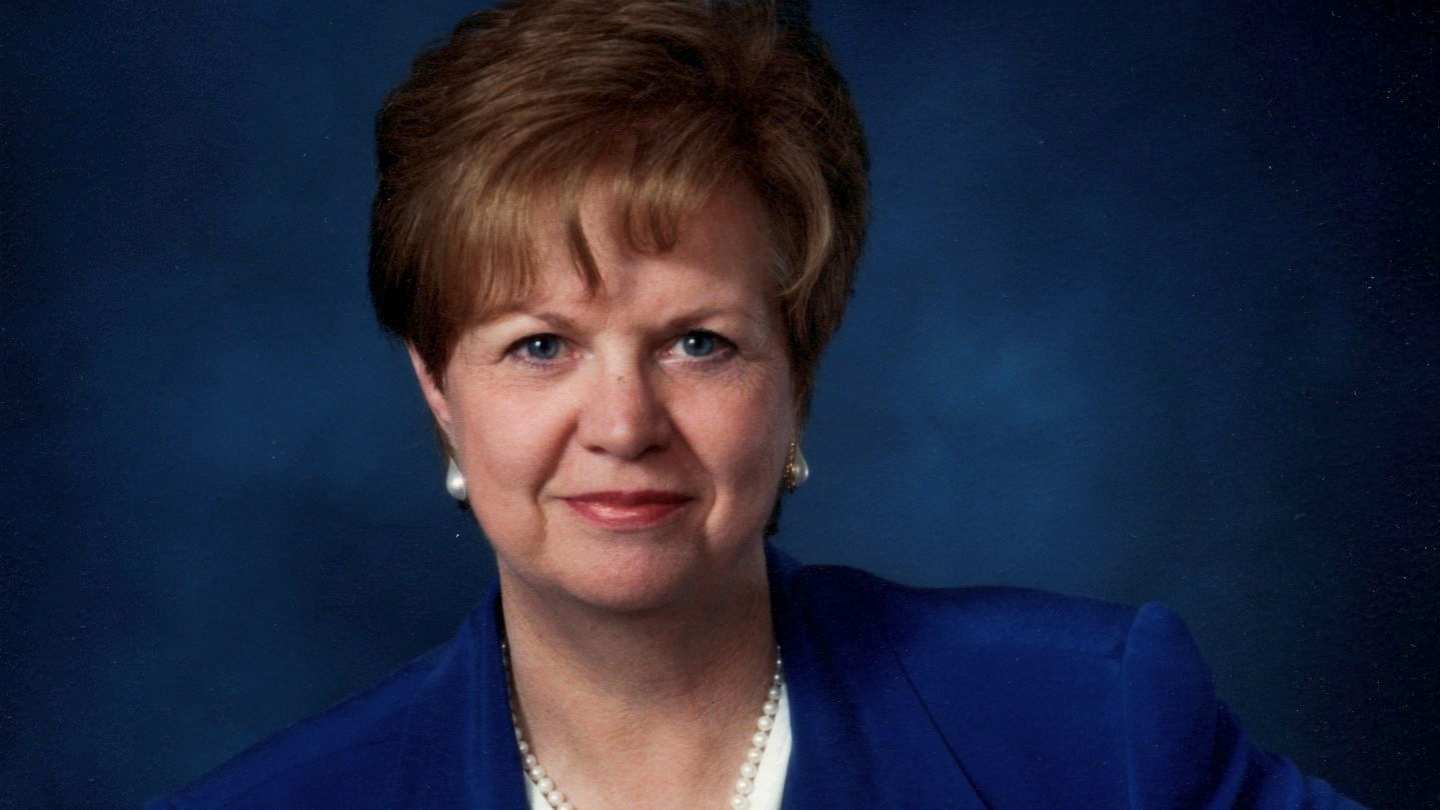 The University of Alabama in Huntsville (UAH), a part of the University of Alabama System, announced that Gerry Schaffer has won the 2020 Alumni of Achievement Award for the College of Arts, Humanities and Social Sciences. The selection was made by the Board of Directors of The UAH Alumni Association to recognize alumni for their outstanding accomplishments in their career and community. 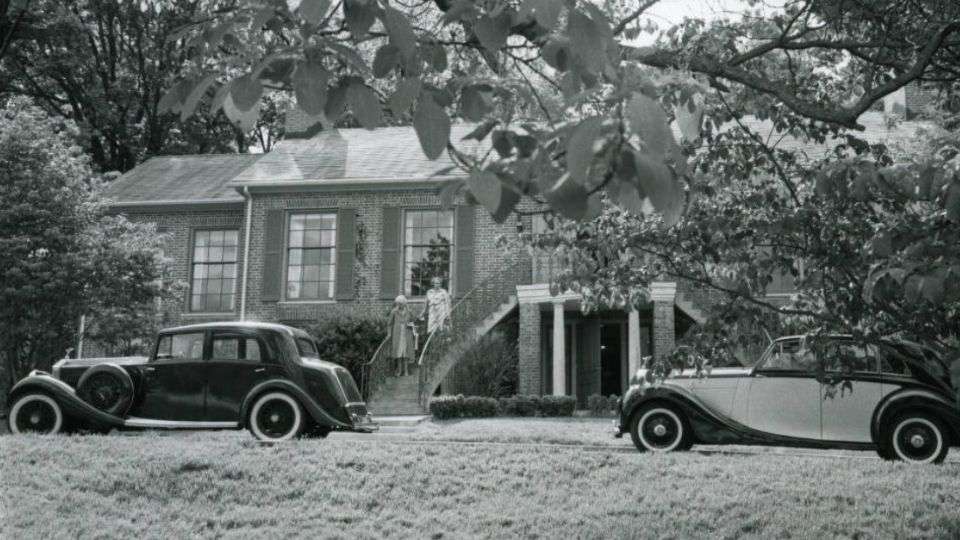 Originally from Los Angeles, Schaffer began her educational career as a biology major at The University of Southern California (USC). She later achieved an two-year Associate in Arts degree in interior design at UAH, then earned her BA, also at UAH, in art history with a minor in biology, graduating in 1981. She later went on to start her own business in the field of design that blossomed into a 28-year passion.

Looking back over her life, Schaffer ponders how different things might have been if she had never discovered art. In those days, her early pursuit of science was more out of necessity and familial influences.

“I come from a medical family,” she explains. “My father and brother were doctors, and they had very definite ideas about what I could and could not do. When I started college in 1956 at the age of 17, there wasn’t much a woman could do. Secretaries and teachers were the norm. Nursing was about the only other possibility. I had an interest in the sciences, and so my years at USC were primarily to prepare me to be a medical technician. Later, when I married my husband Virgil, he was a military officer, and I found in going to the different bases around the U.S. and overseas that I had this yen for design, an artistic streak I didn’t know I had. I was really exposed to this in the different places that I lived. And I found I really belonged in the art field.”

Despite being a world traveler who had presumably see it all by that time she arrived in Alabama, Schaeffer found the changeover from the west coast to the deep south more than a little jarring.

“It was a very big transition!” she says. “We had traveled extensively and lived more than three years in France. We were stationed very close to the German border when the Berlin Wall went up. That was very unusual. But the south was a totally different experience. There were a lot of things to adjust to. Our boys were starting high school and grade school. My biggest challenge was getting adjusted to the language! We moved into an area that was primarily southerners that came from Mississippi and south Alabama, and they thought I was kind of rude when they first met me until they figured out I was reading their lips! I had missed everything they had said! We all had a good laugh, and I was accepted after that.”

One way Schaffer acclimated to her new home was by going back to school and finishing up her degree, all while raising a family. But this time she shifted her focus to her real dream, art, which helped to spur her on.

“When I came to Huntsville, I came back as a mother and a wife,” she says. “I discovered UAH had an interior design two-year program, and that’s how I got into this field. We arrived in 1974 from California, and I enrolled in my first class in 1975. I was a transfer student, and Dr. Nan Hall was the registrar back then. In my last semester she said, ‘Gerry, you’re going to have to take an English class because you don’t have enough credits. I’m not going to let you graduate unless you take this class.’ We had a boat, and everybody loved to waterski on the weekends. That summer they went boating, and I stayed home with Beowulf. That’s not fair! But Dr. Hall was very firm. It goes back to the university and the standards that they have,” Schaffer says with a smile.

The UAH alumna’s entrepreneurial career began with a chance meeting at the Noojin House, a stately brick home many will remember, located at 3300 Holmes Avenue, that had been donated to the school for university functions and ‘show house’ events in 1983 by Huntsville real estate developer F. Kenneth Noojin.

“While I was at UAH with the decorator’s show house in 1981, I was the chairman that year at the Noojin House,” Schaffer recalls. “There was another designer there who was doing a room, and she and I partnered up. We developed a portfolio plan where we would do the design, put it in book form, and the client would be able to go out and complete their design on their own based on the book we completed for them. And it was all copyrighted. It took a while to catch on, but for those who could operate from this design book that was personalized for their house, it really was a great idea. At that point she and I were partners, but the partnership was not successful, even though the design aspect was. So, after that point I went out on my own as Gerriann’s Designs. It was a general interior design studio, so I no longer used the portfolio book. From 1988 until 2015 that was my business, and I was the sole proprietor. I just kind of winged it. It was fun!”

Schaffer found a way to translate that passion into volunteerism as a way of giving back to her community. Her efforts have benefitted the Women’s Guild of the Huntsville Museum of Art, the Huntsville Symphony Orchestra Board of Trustees, Scenes of the Holidays, the American Association of University Women, Soroptimist International, the Land Trust, the Huntsville Botanical Garden Guild and the Huntsville Arts Council, among many others. In all, her volunteer efforts totaled over 15,000 hours of service, earning her the Virginia Hammill Simms Award. This award recognizes the volunteer efforts of individuals contributing to the arts in the Huntsville/Madison County community. It is sponsored and administered by the Community Ballet Association and has been awarded annually since its inception in 1967.

“I liked to volunteer my talents,” Schaffer says. “One project I was involved with was an event called ‘Tickling the Ivories’ that was very unusual, as it went to pay off the grand piano for an orchestra. I loved doing that. My biggest project working as a volunteer was after the 1989 tornado that hit Huntsville. Our church, Holy Spirit, had been severely damaged, and I was asked to work with the architects. It was very interesting and intense but rewarding. The church was in rubble, and we turned it around to what it is today. That’s a nice feeling.”

Looking back over her active life, Schaffer feels it’s the personal interactions that she cherishes most.

“I did some big projects in the design field for big companies, but I prefer the clients that appreciate you for what you do for them, from an artistic point of view. I like the give and take of clients and families, because it’s all specific for them. In the corporate world you do the design and present it, but the interaction is not the same. I like that personal interaction. And as a family person, you know these same things fit in with your own lives. You work every day, the kids go to school. You work as a unit. Virgil was very agreeable, and he could see that I love this stuff, and I was good at it.”