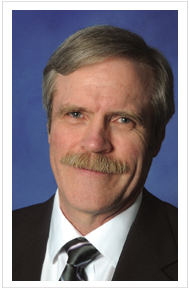 HUNTSVILLE, Ala. (Feb. 14, 2012) — During some winters a significant amount of snow falls on parts of California. During other winters — like this one (so far) — there is much less snow. But more than 130 years of snow data show that over time snowfall in California is neither increasing nor decreasing.

The analysis of snowfall data from as far back as 1878 found no long-term trend in how much snow falls in the state, especially in the critical western slope of the Sierra Nevada mountains, said John Christy, director of the Earth System Science Center at The University of Alabama in Huntsville.

"There isn't a trend significantly different from zero for the whole period," Christy said. "I also looked at just the past 50 years and there is no trend over this recent stretch either."

Details of Christy's research have been accepted for publication and released on-line by the American Meteorological Society's "Journal of Hydrometeorology."*

This line of research was spurred by recent concerns that snow in the Sierra Nevada mountains had decreased in recent years, perhaps due to manmade climate change, Christy said. Those worries, however, were not supported by credible, long-term data.

A native of Fresno, Christy wondered if the snow he remembered covering the Sierra Nevada's peaks is actually disappearing. His preliminary investigation found a potentially useful set of data: Records of snow measurements at stations along the Southern Pacific Railroad.

"They took great care to measure snowfall because they had to know how much snow fell before sending trains through the mountain passes," Christy said. "No one else had looked at this data in detail. The records are pretty thorough and the measuring tools — a device resembling a tall, sturdy yardstick — are easy to use and obviously don't need power, so there aren't many gaps in the record."

There was, however, one catch: "They were good at measuring snow but the data they collected in written records had never been keyed in into a computer dataset. Before I could do the analysis I had to manually input 100,000 station-months of data."

The railroad data was coupled with data from other sources, including hydro-power and regional water systems vitally interested in knowing how much water would be available from snow melt. Other data was collected from logging and mining companies, as well as National Weather Service stations and volunteers. That data had already been digitized by the National Climatic Data Center.

Christy divided the state into 18 regions, based on the amount of snow that falls and on the quality of the records for that region.

"There are six or seven regions with good, robust data going back to the late 1800s," he said. "In each of those there are five to 15 stations with good records."

Warmer air also can hold more water vapor than cold air, so rising temperatures should increase the amount of water vapor available for snow and other precipitation.

In high elevation mountain regions where winter temperatures would be below freezing even if they rise two or three degrees, snow would still fall. Those still-cold temperatures combined with the extra water vapor suspended in the warmer air could increase snowfall at higher altitudes.

Looking at both the 130-year record and the most recent 50-year record — which includes the 1975 to 2000 period when global temperatures rose — the California data show no long-term changes in snowfall in any region.

"California has huge year-to-year variations and that's expected to continue," said Christy, a graduate of Fresno State University. "California is having a snow drought so far this winter, while last year the state had much heavier than normal snowfall. But over the long term, there just isn't a trend up or down.

"Not to be a scaremonger, but if you go back and look at the paleoclimate reconstructions for the past thousand years, there have been some colossal droughts lasting 50 years or more," he said. "Those have not been around since the 1400s, although nothing we know about climate science says they can't come back — global warming or not."