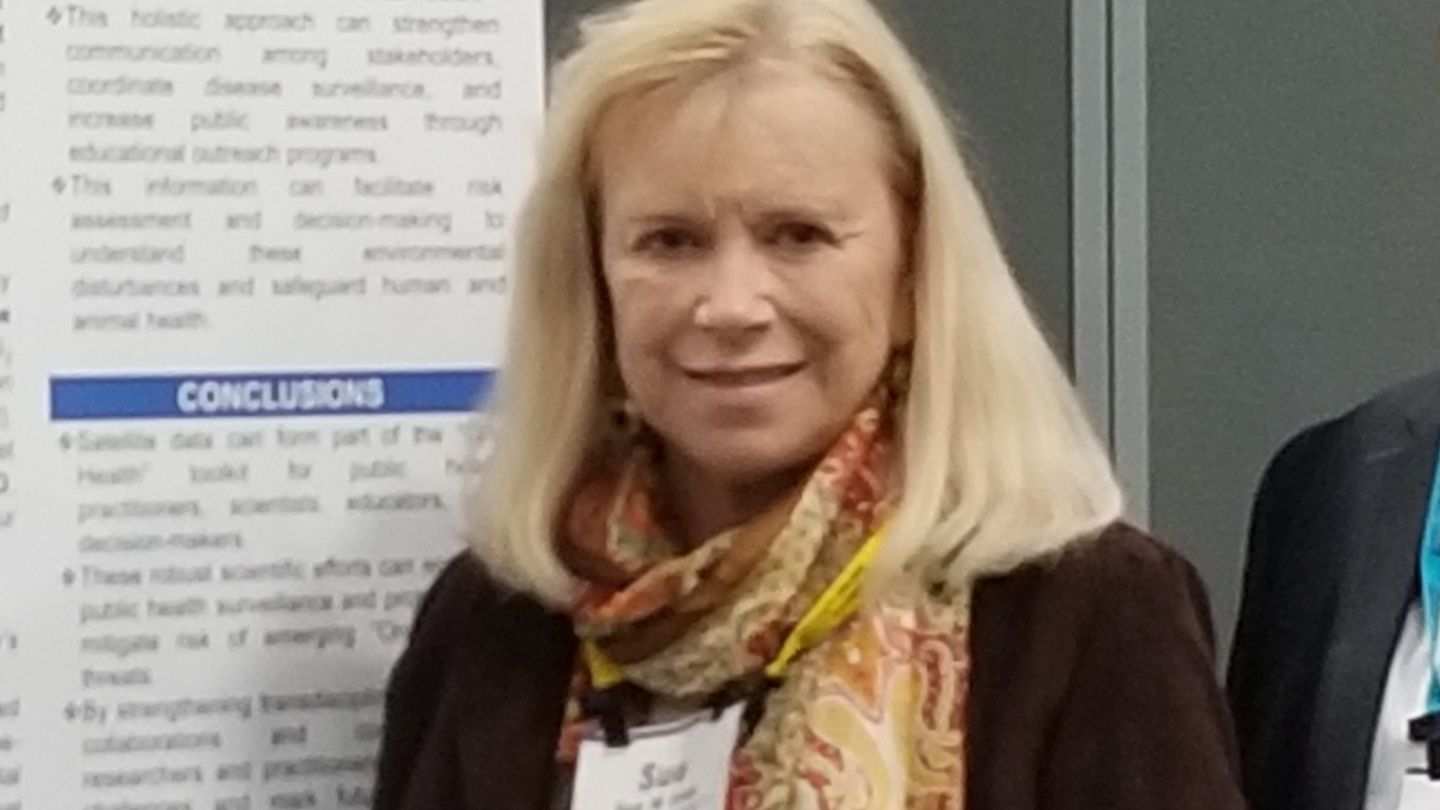 Sue Estes says NASA's Exceptional Public Service Medal is the greatest honor she has received in her career.

For NASA, Estes serves as senior associate program manager for Health and Air Quality Applications in the Applied Sciences Program of the NASA Earth Science Division. The program promotes the use of Earth observations in air quality management and public health, particularly involving environmental health and infectious diseases. Estes performs duties that include education, outreach and general management of public health projects within the Applied Sciences Program.

With over 30 years of experience working in public health as a hospital and nursing home administrator, Estes has been involved with UAH and NASA in research utilizing public health data with remotely sensed data and analyzing the health impacts of the environment. Her current research focuses on establishing partnerships between NASA environmental researchers and public health professionals in academia, federal, state and local government.

"I am humbled by this award. It was a great honor and had no idea I had been nominated," Estes says. "This is the greatest honor I have received in my career and I know it is a very prestigious award."

"Working for UAH has provided me the opportunity to use my health background as well as using the background that I obtained while at UAH in remote sensing, satellite data and Earth observations," Estes says. "UAH ESSC is very much involved in the public health and air quality applications at NASA and this position has given me the opportunity to work with colleagues at UAH on projects. This is a great collaboration for NASA and UAH and shows the flexibility that working at UAH has offered me."

NASA's Exceptional Public Service Medal is a United States government medal awarded to any non-government individual or to an individual who was not a government employee during the period in which the service was performed for sustained performance that embodies multiple contributions on NASA projects, programs, or initiatives.

The criteria for the award must include all of the following:

Estes was nominated for the award by NASA’s Science Mission Directorate (SMD).