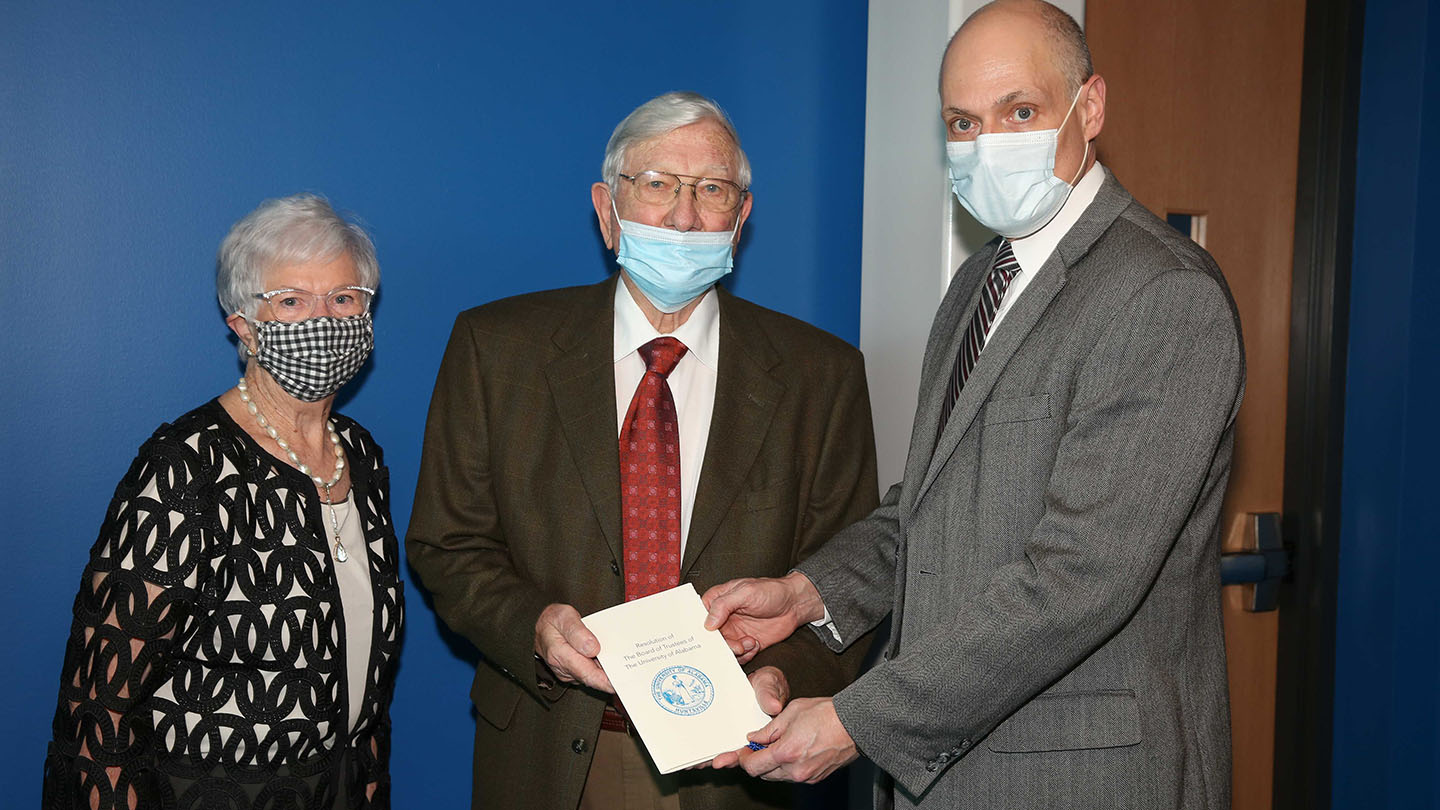 The University of Alabama in Huntsville (UAH), a part of The University of Alabama System, has announced that alumna Gerry Schaffer (B.A. Art History ’81) and her husband Virgil Schaffer have made a gift of $25,000 to fund the Gerry and Virgil Schaffer Endowed Scholarship. The endowment will go to students who are pursuing a dual course of study in both music and engineering at UAH.

“I have three sons, and they were all drawn to music,” Ms. Schaffer explains. “Two of them were musicians in high school and college, and one of my sons, Marc, is an engineer, and he played percussion. He and another son played in the marching band at Grissom High School back when Grissom was winning national titles. Marc played percussion and went on to the University of Michigan where he got his engineering degree. Matthew played the French horn in the marching band at Vanderbilt as well, where he graduated.”

The recipient will be selected by a scholarship committee with recommendations by the Chair of the Department of Music, subject to approval by the Dean of the College of Arts, Humanities and Social Sciences. The selected student will be known as the Schaffer Scholar.

“My husband Virgil is an aeronautical engineer,” Ms. Schaffer notes in describing why the engineering component was important to the family as an additional preference for the scholarship. “But he has that natural musical ability too. And our grandson Spencer is studying with the Colburn Conservatory in Los Angeles, and he will be playing in the Los Angeles Philharmonic Orchestra. He plays the trombone. So, you can see that the musical influences and the sciences have mingled in this family for a while.”

Ms. Schaffer notes that her husband benefitted by both athletic and academic scholarships during his college career, which is why they wanted to take this opportunity to give back to help others.

“That’s how he got through school, with university support at Southern Cal, along with his athletic scholarships as a swimmer, he was able to earn his degree,” she explains. “He was an aeronautical engineer with Boeing and has worked on multiple engineering projects here in Huntsville. He wanted to pursue the scholarship and the philanthropy, and I felt that money funded to UAH with those students would go a lot farther here. We also selected UAH because I graduated from there, and it’s a good, strong school. The need is here, and that’s what we wanted to do.

“I have no skills as a musician,” Ms. Schaffer adds, smiling. “But I have been on the Huntsville Symphony board, and music is part of all of our lives. It provides joy with talent – that’s one of the things that was important to me, and that’s why I selected it for the scholarship.”