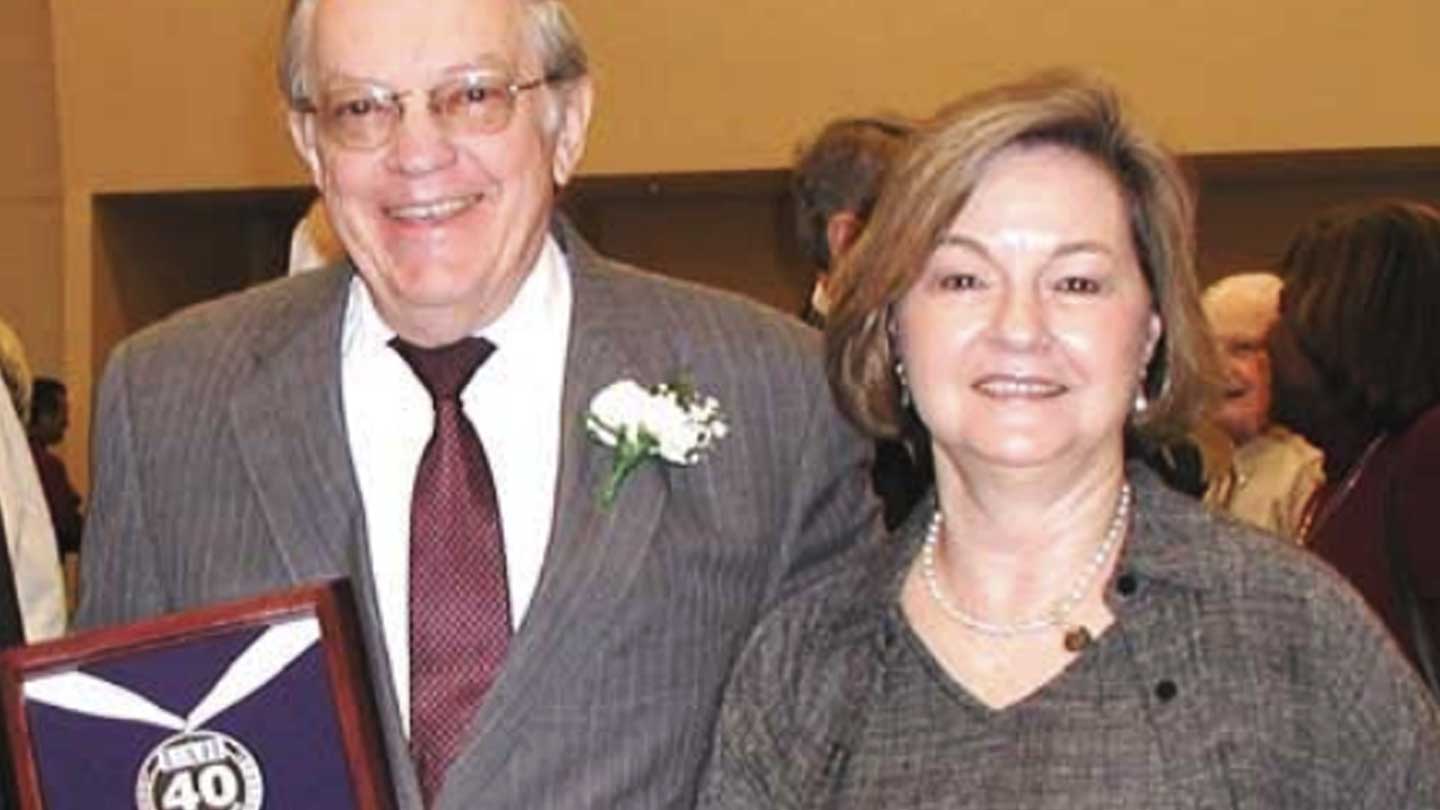 Dr. C. D. Johnson and his wife LaRue with his 40-year service plaque at the 2004 Service Awards Luncheon. 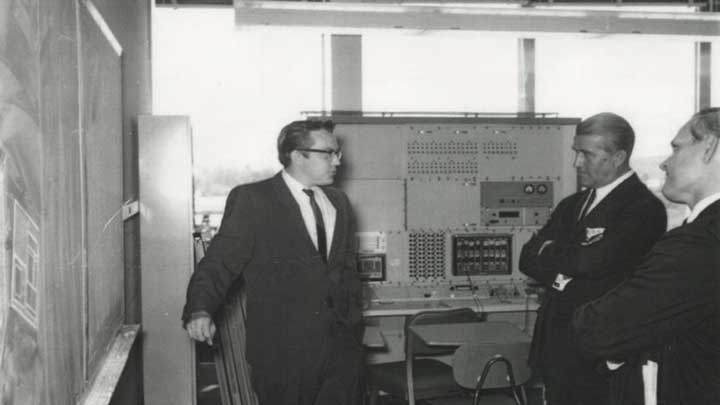 Dr. Carroll "C. D." Johnson died on April 13. He retired from UAH on 2013, but had continued to be active in his discipline.

"C. D., as he was known to all of us, was a giant in the field of control systems," says Dr. Shankar Mahalingam, dean of the College of Engineering. "He was world renowned for his disturbance-accommodating control theory, which he developed and applied to aerospace systems of interest to many companies and government agencies in the north Alabama region."

Dr. Johnson came to UAH in 1963 and soon established himself as an outstanding educator and mentor, Dr. Mahalingam says. "He coauthored over 200 scientific papers and impacted the education of tens of thousands of engineering students at all levels."

Since 1963, Dr. Johnson was actively involved in the development of new approaches to the design of high-performance stabilization, set-point regulation, servo-tracking, guidance laws and adaptive control systems for rockets, missiles and other dynamical systems that must operate in environments with uncertain, persistently-acting disturbances and parameter variations.

"C. D. will be missed by his current and former colleagues and students across UAH," Dr. Mahalingam says. "I am truly grateful for his mentorship of generations of electrical and computer engineering and College of Engineering students, as well as other faculty across our campus and beyond."