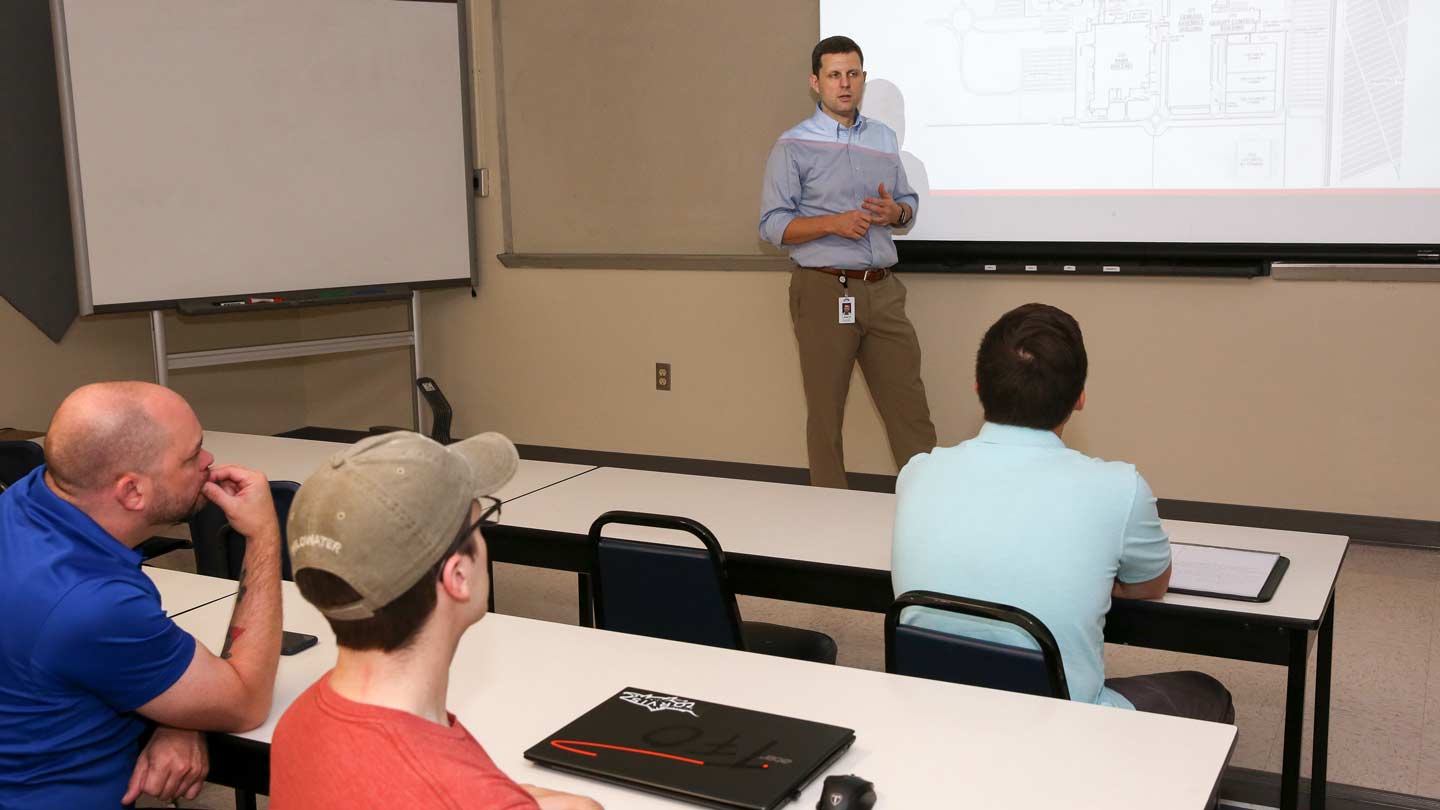 At one point, engineering major Lance Fulks (’02, BSE, ISE) decided to "step away" from his university classes and pursue a different path. Today, The University of Alabama in Huntsville (UAH) alumnus is the general manager of assembly at Mazda-Toyota Manufacturing U.S.A.

The only thing that stopped Fulks from withdrawing from UAH’s College of Engineering was a chance meeting with Jerrod K. Young.

At the time, Young served as Assistant Dean for Students at the College of Engineering. After his talk with Young, Fulks continued in the UAH Industrial & Systems Engineering (ISE) program. He graduated with a Bachelor’s of Science degree in Engineering in 2002.

"Lance and I got along well because he was working toward a career in manufacturing and I was looking to do the same. Even before he graduated, Lance obtained an engineering job at Navistar," said Loyd, UAH Clinical Assistant Professor, Engineering Management.

"Over the years, his work ethic and skill drove him up all the way to a corporate leadership position at that company; meanwhile, I spent the next 20 years in industry researching and learning Lean Manufacturing Management, which was born from the Toyota Production System," said Loyd, who also directs the university’s Center for Management and Economic Research and the Alabama Technology Network Center. "So, it’s fun after two decades, to have those careers cross each other again. I’m proud of Lance and hope that Mazda-Toyota and UAH can create a strong relationship that is beneficial to both our students’ and Lance’s success," Loyd added. 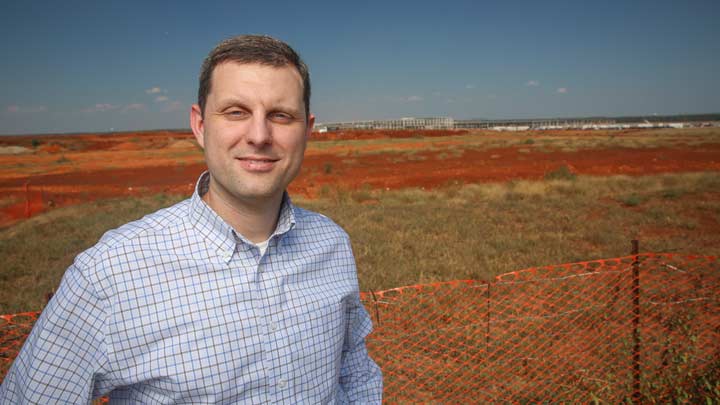 "My time at UAH and the experience gained through those opportunities prepared me for my current role as general manager of assembly for Mazda Toyota Manufacturing, U.S.A. (MTMUS)," Fulks said.

The engineering course most memorable to Fulks was the Industrial Systems Engineering senior design class taught by Dr. Bernard Schroer (UAH Professor Emeritus of Engineering). "Professor Schroer did an incredible job of tying the concepts we learned in class to real-world applications.

"I consider joining the MTMUS team to be a once in a career opportunity," said Fulks. "A project this large and with the level of impact it will have on the North Alabama community is unique."

While the MTMUS plant is under development, Fulks day-to-day activities center around hiring and project management. As the automobile plant moves into production Fulks will have the responsibility for all vehicle assembly for MTMUS. The company plans to have an annual capacity of 300,000 cars.

Fulks caused an international buzz around the business world when he honored Huntsville’s legacy of space exploration by naming MTMUS production lines after Discovery and Apollo.

"Growing up in the Huntsville area the U.S. Space and Rocket Center was a place I visited multiple times throughout my childhood. I still enjoy visiting and I’ve attended Family Space Camp with my son," said Fulks. "While the region has diversified economically in recent years it is still best known for the Marshall Space Flight Center and its contribution to space exploration. This inspired me to suggest we honor that legacy by naming MTMUS production lines Discovery and Apollo."

Fulks said one of the key components of the MTMUS culture is to "Go See." Making a condition of employment for some team members to spend two to four weeks in Japan learning from Mazda and Toyota at their corporate headquarters.

Not all jobs at MTMUS will require international travel, but for some employees, it will be necessary to train in Japan for three months. "As someone who has devoted their career to manufacturing, this is a tremendous opportunity to learn from two of the best in the industry," said Fulks.

Gauging the economic impact of the MTMUS plant in North Alabama will be hard according to Fulks. "When the plant begins assembling Mazda and Toyota vehicles in 2021, we will employ up to 4,000 team members. The team I oversee will include about 1,900 of those employees.

"Our suppliers in the area will employ between 1,500 to 2,000 workers," Fulks added. "Studies have shown that there are six indirect jobs created for every direct job created at MTMUS. Given the location of the site, the economic impact will not only have an effect on Huntsville and Madison County but also Limestone, Morgan and surrounding counties. MTMUS is truly a game-changer for North Alabama and the Huntsville area."

Fulks sums up his advice for young people considering a career in the field of engineering in one word, "rewarding."

"You will have the opportunity to work on projects that make a difference and make a positive impact. I also recommend that students, regardless of their major, take advantage of the cooperative education and internship opportunities to get real-world experience before graduating from college," said Fulks.