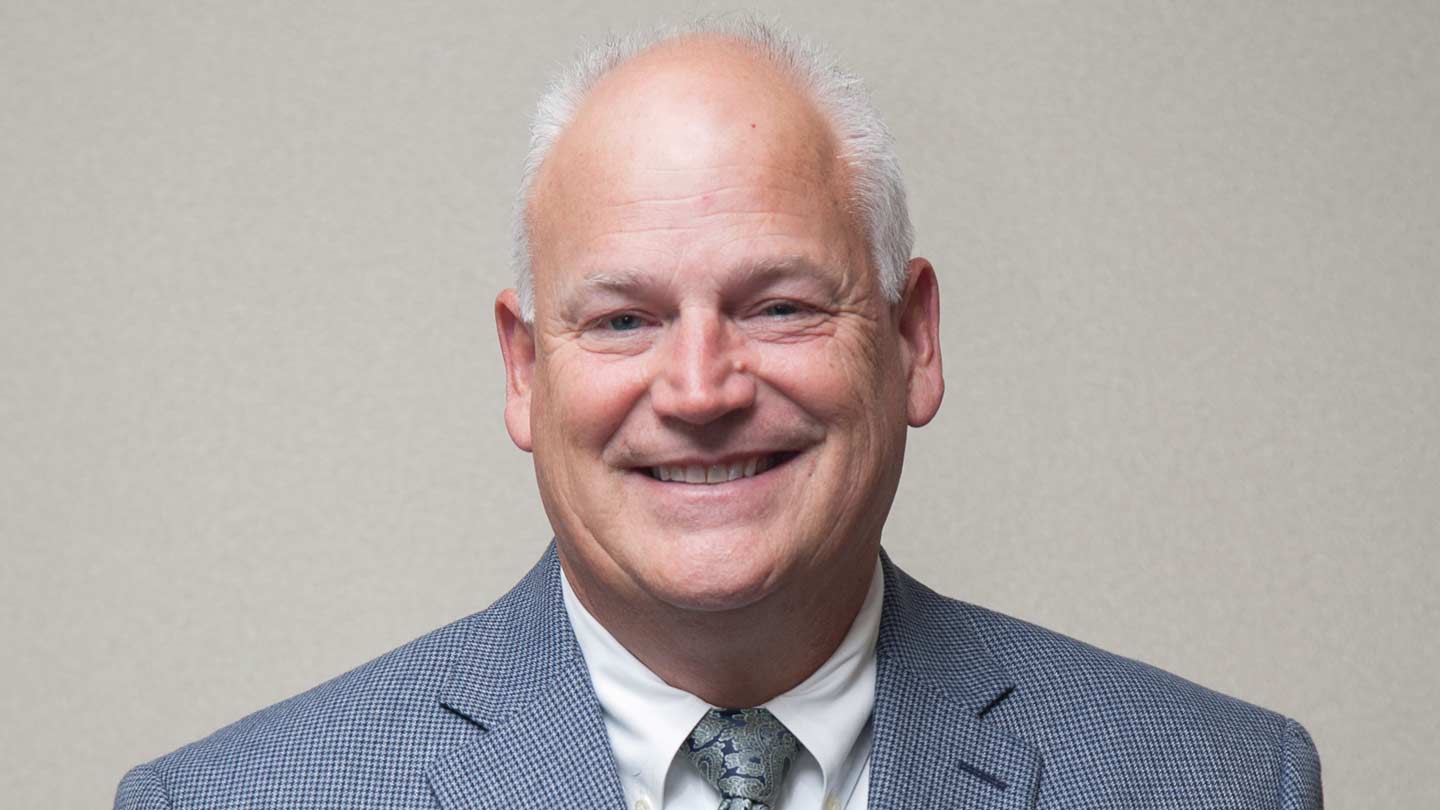 James Miller, an alumnus of The University of Alabama in Huntsville (UAH) master’s program in Operations Research, has been elected as chairman of the National Armaments Consortium (NAC) Executive Committee.

"I’m honored to be asked to take on additional responsibilities and a little bit humbled," Miller says. "The NAC has been a very successful organization for many years, and has done many things for our member companies, for academic institutions, as well as supporting the Department of Defense."

Miller has been with Dynetics for 28 years, and nearly 18 years in a leadership position. His current role with the company involves a number of functional responsibilities, including Director of the Other Transaction Agreements and Manager of Business Operations for Dynetics Technical Solutions Subsidiary, as well as continuing to support engineering programs.

Miller has been associated with the NAC since 2009, and in 2017 was elected to the executive committee. "Which in effect functions similarly to a board of trustees," he says. "The Chairperson resigned recently for business reasons, and I was elected to be the new chair."

One particular area of expertise Miller brings that is especially relevant to his new position is in the realm of Other Transaction Agreements (OTA). An OTA is a special vehicle used by federal agencies to streamline and expedite the process for obtaining or advancing research and development (R&D) or prototypes.

The NAC brings together over 850 companies under an OTA with the Pentagon to foster collaboration among traditional contractors and smaller, innovative firms. These efforts support the development of leading-edge armament and weapons prototypes for the armed forces.

Miller’s experience with Dynetics supports and complements his association with the NAC in a variety of aspects.

"The government advertises research topics and to help meet warfighter needs, and selects the appropriate NAC member to award them a contract for research and development," he says. "Dynetics provides additional products and services for the Department of Defense (DoD). We’ve won 60 awards in support of the warfighter and our customers in the Army, Air Force, and Navy."

In the last eight years these initiatives through the NAC have led to the development of warheads, fuzes, sensors, radars, software, simulations, cyber solutions and comprehensive weapon systems.

Miller anticipates that his new role as committee chairman will entail continuing to build on the success and effectiveness of the organization.

"Things like looking at policies for our membership, our strategic direction, making sure overall operational activities are smooth and efficient, finances spent appropriately, and go back to supporting our member institutions," he says.

Miller has been supporting DoD weapon systems development programs since 1985 in a variety of technical and program management areas with a focus on warhead development. He credits his time at UAH in Operations Research with developing his overall skillset to help him tackle a wide variety of challenges.

"The master’s degree at UAH gave me a better insight technically, really enhanced my skills, and gave me a better technical background in solving problems and analyzing issues," Miller says. "Whether at work or part of the committee, one of the main things is solving problems, and this helped me to learn how to think through problems and develop approaches to finding solutions. UAH has always been very good to our community."