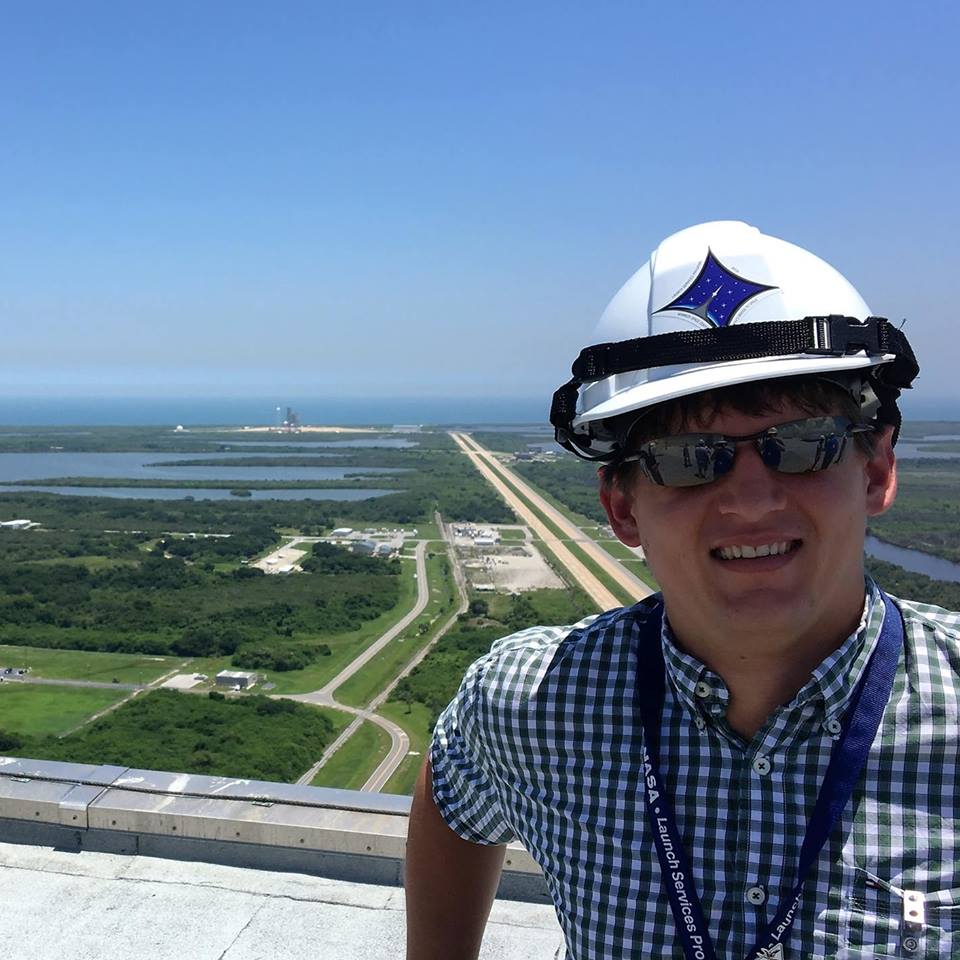 Jeffrey Dyas is a PhD student in the Industrial and Systems Engineering graduate program. He’s concentrating on the systems engineering side, looking closely at industrial and organizational psychology. This semester his coursework is, in fact, all psychology based, which has increased his understanding of the cognitive side of how people make decisions. His dissertation is focused on planning and decision-making in systems engineering.

What did you do over the summer?

I did a NASA Pathways internship at Kennedy Space Center in Cape Canaveral, Florida. (Side note: Jeff found that posting in the weekly ISEEM e-newsletter.)  In that role, I did a cost estimating study for launch services for their missions. (The OSIRIS-Rex launched on Sep. 8th under a launch service.) The methods I utilized in the study were probability analysis and game theory in order to determine a confidence level on cost estimates.

Now that I’m back in Huntsville, I’m working with the NASA consortium here. I’m focused on integrating value models, such as the exergy rocket model created by other graduate researchers, ideally to show a better method for doing engineering design. Dr. Dawn Utley and I will be interviewing people who worked successful AND unsuccessful NASA projects, comparing data between the two.  We’ll be interviewing people who worked on the Aries and Constellation projects, which were discontinued because they were underfunded, behind schedule, and over budget. We want to gauge what the culture was like, what their thought processes were, and how they approached their projects. (Essentially, a failure analysis.) Then we’ll compare that to the more successful Chandra X-ray Observatory project, which launched in 1999.

What other projects are you working on now?

Part of my job right now is to complete my dissertation. That is, to write up a proposal on plans and decisions. The majority of professors here in systems engineering are really focused on the conceptual, detail, and preliminary design process in systems engineering.  After you get done with the preliminary, you start building the large complex system.  So we’re doing value models and CAD models to make the ultimate design on the computer screen.  But that computer screen needs to translate to an actual product, so during that timeframe between, you need to find the issues that may come up due to external environments or internal circumstances, which may affect feasibility. The F-22 and F-35 aircraft are examples of cost overruns because they tried to re-plan later in the design process, leading to higher cost and time of the development process as a while.

When/how did you know choosing to major in ISEEM was the right decision?

While I was at a different college in the mechanical engineering program, I realized that wasn’t the route I wanted for the rest of my life. So I came here to UAH, took Decision Analysis with Dr. Collopy and I was hooked on systems engineering. The summer internship with NASA really solidified that. I applied some of the tools I’ve learned here in the program, especially in Engineering Economics and Decision Analysis classes. Those courses have helped me grow and helped me bring new ideas to the table while I was at Kennedy this past summer. NASA really likes it, and I want to keep on doing it.

What would be your dream job after graduation and why?

I’d like to go back to NASA.  I really enjoyed my time there and the project. I presented my project proposal to my boss and then later to a program manager at Kennedy.  They all loved it. I felt like I was actually contributing to something that was a really good cause. Reducing the cost down means you can take less out of the budget and apply the excess into science, development, and future spacecraft. The more we can do with our budget, the better. So the effort was pertinent, I enjoyed it, and I feel like that’s my calling.