Students in The University of Alabama in Huntsville's (UAH) Industrial & Systems Engineering and Engineering Management (ISEEM) master's and doctorate program presented papers at the 14th Annual Conference on Systems Engineering Research (CSER) held March 22-24, 2016 at the Von Braun Center. The ISEEM students were among researchers from around the world presenting new theories, applications, and concepts at an event that has become the primary conference for disseminating systems engineering research. During three days of presentation and panel sessions, UAH students presented on topics in cognitive systems engineering (Giulia Palma), systems science (Katherine Burris), human capital (Jennifer Stevens), NASA (Andrew Gilbert), and systems engineering theory, (Anyama Tettey, Robert Braunger, and Jennifer Stevens). Paper titles and abstracts are below. Links to all conference presentations and paper abstracts can be found on the CSER2016 website.

This paper provides a background on storytelling and explores the benefits of using such art in a non-conventional fashion in Systems Engineering. Preference communication is a key role of systems and design engineers and represents a part of the design process where much uncertainty and misconceptions can be generated. Storytelling is most applicable to the communication of preferences, particularly between the stakeholder and the engineers. Adoption of storytelling aspects may lead to methods and processes that could aid in finding the true design optimums, reducing schedule delays, and reducing cost overruns. Such new methods are being researched by applying storytelling concepts, such as the dramatic curve and the drama triangle, to preference communication. This paper explores the role of storytelling in systems engineering and offers a vision for future research in the blending of these two fields.

Developing and refining methods for teaching systems engineering is part of Systems Engineering grand challenges and agenda for research in the SE research community. Retention of systems engineering knowledge is a growing concern in the United States as the baby boom generation continues to retire and the faster pace of technology development does not allow for younger generations to gain experiential knowledge through years of practice. Government agencies, including the National Aeronautics and Space Administration (NASA), develop their own curricula and SE leadership development programs to “grow their own” systems engineers. Marshall Space Flight Center (MSFC) conducts its own Center-focused Marshall Systems Engineering Leadership Development Program (MSELDP), a competitive program consisting of coursework, a guest lecture series, and a rotational assignment into an unfamiliar organization engaged in systems engineering. Independently, MSFC developed two courses to address knowledge retention and sharing concerns: Real World Marshall Mission Success course and its Case Study Writers Workshop and Writers Experience. Teaching case study writing and leading students through a hands-on experience at writing a case study on an SE topic can enhance SE training and has the potential to accelerate the transfer of experiential knowledge. This paper is an overview of the pilot experiences with teaching case study writing, its application in case study-based learning, and identifies potential areas of research and application for case study writing in systems engineering education.

The topic of exergy has sparked much interest in recent years as a system level attribute to aid in the systems engineering design process. Exergy is defined as the useful work available to a system. It is an overall system level metric which integrates across subsystems, disciplines, and the couplings between each. Exergy based analysis methods provide advantages over traditional engineering methods in the search for elegant designs. This paper provides an overview of exergy, exergy based methods, and examples of the uses of exergy in a variety of fields. A brief discussion of the use of exergy in rocket design and optimization is also included. Furthermore a vision for multiple areas of exergy research is presented.

The research objective of this paper is to investigate the feasibility of constructing and validating a theory of systems engineering based on control theory. Usually system design is based on prediction, and current methods have been proven to be ineffective. For the DOD and NASA, it is estimated that the cost of system development and production is usually on the order of 50% above its initial predicted value. Such increase in cost and other attributes, which drastically flaws existing design approaches, is a major issue of concern for all stakeholders. The application of control theory as a better design methodology in the design of large complex systems is being proposed. The development of a micro grid system using Control theory as a design approach is used as a case study and introduced in this paper. The proposed approach to system design is compared and contrasted with the traditional approach of design in systems engineering.

This paper presents some of the history and research literature on engineering design reviews of complex defense and space government programs. It summarizes recent relevant academic research on design reviews and summarizes critical concepts such as decision theory, sensemaking theory, and design process models, and their potential implications on the conduct and underlying purposes of design reviews.

Using Robert Rosen’s theoretical base for complex and living systems and the Pierce’s cycle of cognition as illustrated by Sowa, it can be shown that humans acting as creative agents are closed to final cause. This application of relational biology to systems engineering focuses on prediction of system validity based on human agreement to act collaboratively to realize a valid system. The validity of the creating system strongly influences the validity of the created system. Validation criteria emanate from value systems created by human collaborators, who form the conceptual model of “goodness”, which is the basis for defining what “right” means in the context of creating the “right” system. Systems of human agents and human agent-directed systems of human agents may realize valid systems dependent on the outcome of agents acting as they have agreed to act. Closure to final cause results in functional entailment in formal cause being non-sequential. Thus, the probability of realizing a valid system as predicted during Formal activities remains, like Schrodinger’s cat, unknown between 0 and 1 until agreements are phenomenally fulfilled. The probability of realizing a valid system may increase as the integrity of the creative agents (including the stakeholders) increases.

The ISEEM Department coordinated CSER2016, which had previously rotated between Los Angeles, New York, and Atlanta. UAH eminent scholar and professor of systems engineering Dr. Dale Thomas served as Co-Chairs, and Dr. Paul Collopy, ISEEM department chair, served as Technical Coordinator. "CSER marks an important moment for Huntsville, for UAH and for the ISEEM department," Dr. Collopy says. "Over the last seven years, UAH has invested in systems engineering and earned a reputation as a national center of theoretical research in systems engineering, and it is primarily this focus that brought CSER here." 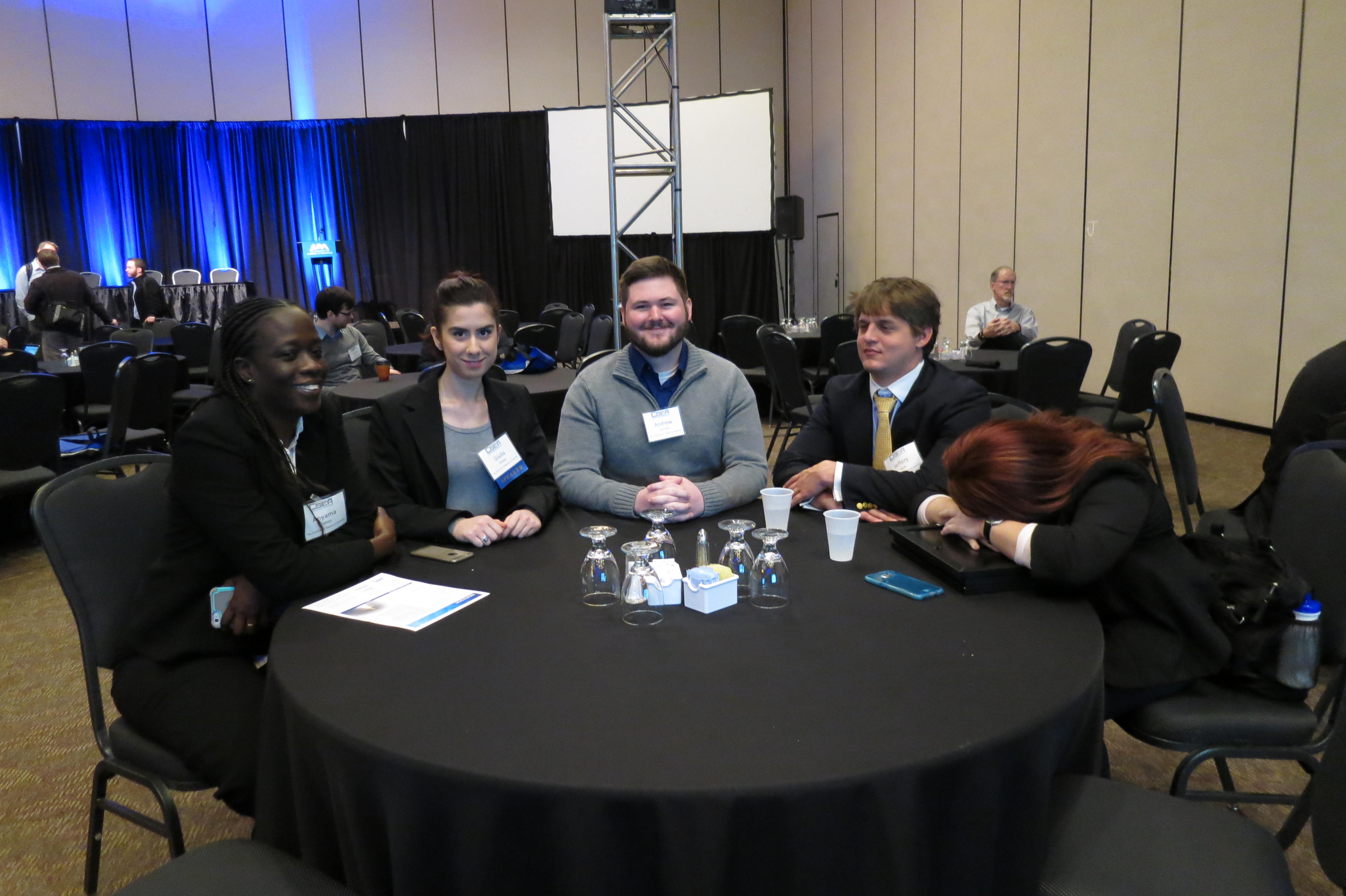