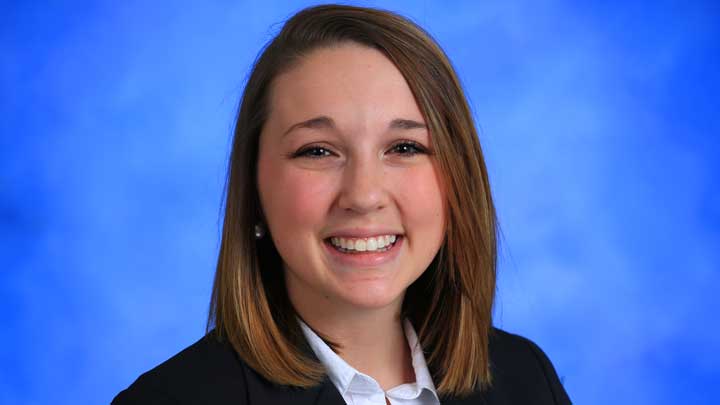 Industrial & Systems Engineering senior, Dallas Behrens, originally planned to go into teaching, but before graduating high school she realized she has a passion for engineering, math and business. She began pursuing an ISE degree from Kansas State, later transferring to UAH after her parents relocated to Alabama.

“I chose UAH over other Alabama institutions because of the small campus feel, the high-ranking engineering program, and the faculty, who are genuinely interested in helping students.”

Last Fall, as part of her senior design project, she collaborated with other UAH College of Engineering students on a project for Northrop Grumman to create counter-drones. “We’re working on a drone that will take down a hostile drone trying to attack a sensitive area.” Drones have the potential to serve as a vehicle for terror. “The counter-drone will, ideally, prevent collateral damage to human life and structures.”

Behrens says that being able to work in a cross-functional team in a real-world work situation has helped prepare her employment after graduation. Internships at United Space Alliance provided her an opportunity to witness two rocket launches while on site in Florida—the Atlas and the Delta.

Her time here at UAH has been full of activity. In addition to student membership in the Society of Women Engineers, Behrens serves as Secretary in the Student Government Association, where, among other things she participates annually in the “Big Event” community service day; and she’s been a Resident Assistant for two years. Last year she also served as Secretary for the Lancers.