Graduate Research Assistants Anyama Tettey and Jeffrey Dyas are assisting Dr. Paul Collopy with an NSF-funded research project to investigate the feasibility of constructing and validating a theory of systems engineering based on control theory. UAH’S microgrid system, located at the UAH Charger Energy Lab, is being used to test and validate the control model. Over the past several months, Anyama and Jeff have collected data on batteries, solar panels, wind generators, and fueled generators to gain further understanding of the microgrid system, and to help determine values to be controlled in the system model, which will, in turn, give a better illustration of the design life cycle.

Last month Anyama and Jeff won a $1,600 scholarship for their presentation, "Life Cycle Cost Model on Microgrid," at the RAM VIII Training Summit, and in October, delivered a poster presentation at the 8th Wernher von Braun Memorial Symposium. In both appearances, they presented findings supporting a three-fold impact to a microgrid control system: reliability, self-sustainment, and reduced emissions. 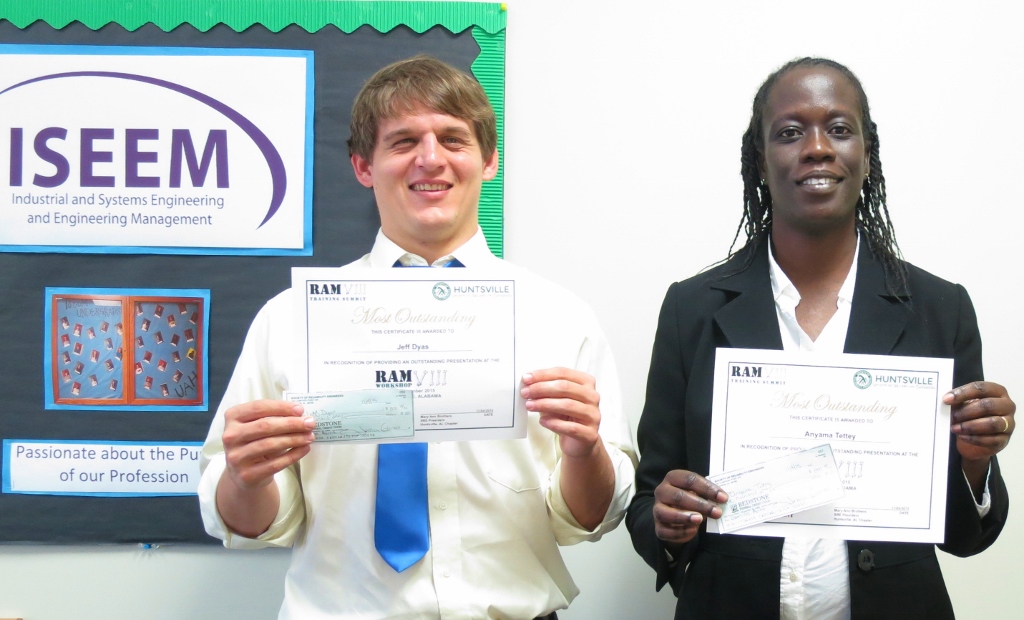 Anyama, originally from Ghana, obtained her BS in Systems Engineering from Kwame Nkrumah University of Science and Technology. During her subsequent career as an Electrical Engineer for a utility company in Ghana, her interest in the industrial engineering was piqued relative to the design of utility substations. Following her completion of a Master’s at North Carolina Agricultural and Technical State University, she began her PhD studies here at UAH. With her combined degrees, she hopes to apply these concepts in the power system industry where her expertise will have a meaningful impact.

Jeff received his BS in Mechanical Engineering from Auburn in 2014 and is now a Master’s candidate in UAH’s Systems Engineering program. “The appeal of systems engineering is that it requires broad picture thinking and incorporates many of the non-engineering disciplines in technical, large-scale systems like power generation.” He aspires to make his professional mark in the Huntsville/Madison region. 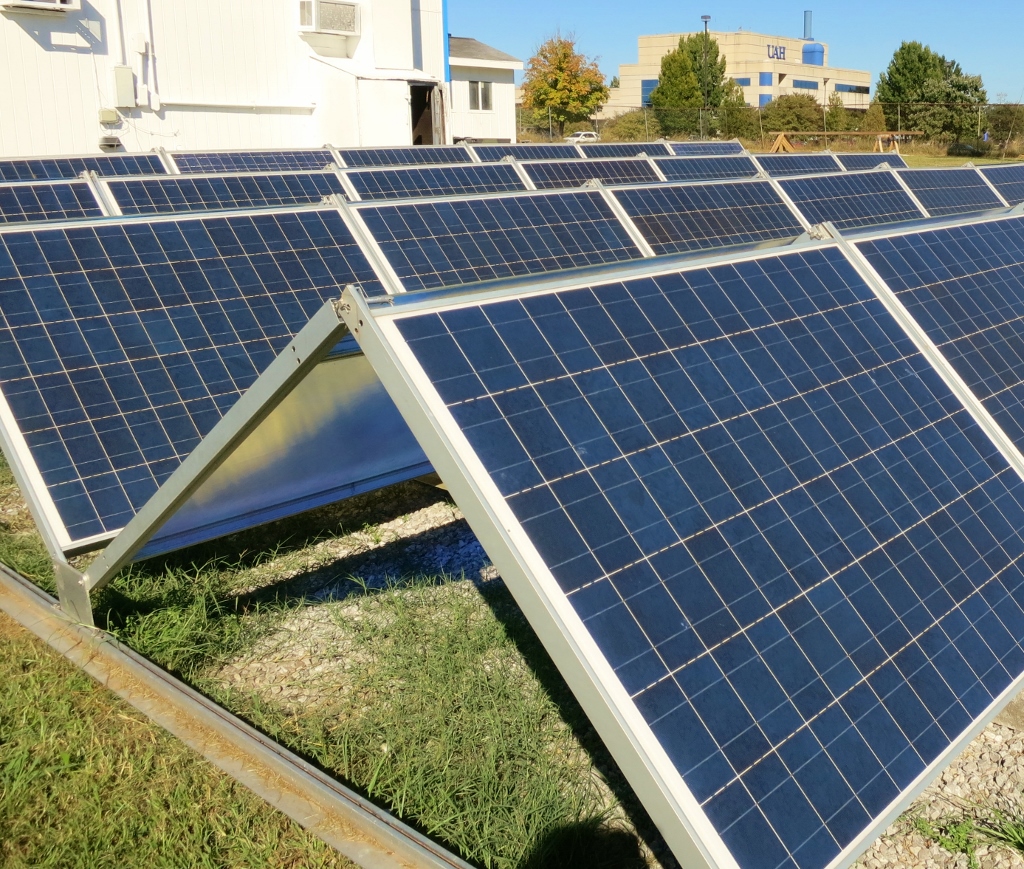 For now, the data collection and analysis Anyama and Jeff are conducting here at UAH stands to make a difference in the way complex systems are designed in industries that extend beyond the microgrid model. For the Department of Defense and NASA, it’s estimated that the cost of system development and production is usually on the order of 50% above its initial predicted value. However, through the creation of a design approach using control theory, the system design promises more controlled and stable design attributes during the various phases of the system life cycle.

The UAH Charger Energy Lab was founded in 2014 by Dr. Bill Carswell. Equipment and support for this research has been provided by Aerojet Rocketdyne, E.S.P., and AMRDEC.