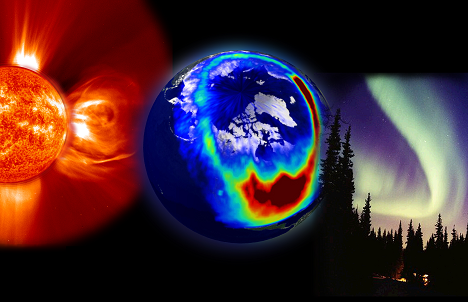 About the International Space Weather Camp

The International Space Weather Camp (ISWC) is an opportunity to learn about space physics in the context of meeting a very practical need -- to understand the influence of the Sun on the space and upper atmosphere of the Earth and its related impact on the technological systems and needs of modern society. This is a new, exciting, and emerging discipline called Space Weather, that has attracted the attention of the White House and senior leaders in government because of the importance of ensuring that our technology investments are properly protected against severe Space Weather. Over twenty students from Alabama, Germany, and South Africa participate in a multiple week series of lectures, hands-on projects and experiments and excursions as they learn both the theoretical underpinnings and practical applications of Space Weather and solar and space physics. This year ISWC consists of three consecutive sessions. The first session will visit Huntsville, Alabama for a mandatory pre-meeting. The second and third sessions, students will visit Hermanus, South Africa and Huntsville, Alabama.

The International Space Weather Camp is a partnership between UAH and the DLR and the University of Rostock. Because of the considerable historical ties between Huntsville and the state of Mecklenburg Vorpommern (Germany) in the development of rockets, missiles, and eventually manned space flight, the Joint Space Weather Camp was created to forge ties and develop communication between these two regions that have had such an impact on the 20th century.

In part, this motivation led to the original creation of a Memorandum of Understanding between the University of Rostock, the DLR, and The University of Alabama in Huntsville in 2010/2011.

The two primary initiators of the International Space Weather Camp were the Director of CSPAR, Gary Zank, and the former Vice President of Research, John Horack, together with their colleagues at the DLR in Neustrelitz, Wolfgang Mett, Holger Wandsleb, and Wolfgang Schareck (Rektor of the University of Rostock).

Since its launch in 2011 the ISWC reoccurs annually.

The ISWC is sponsored by the following organizations: