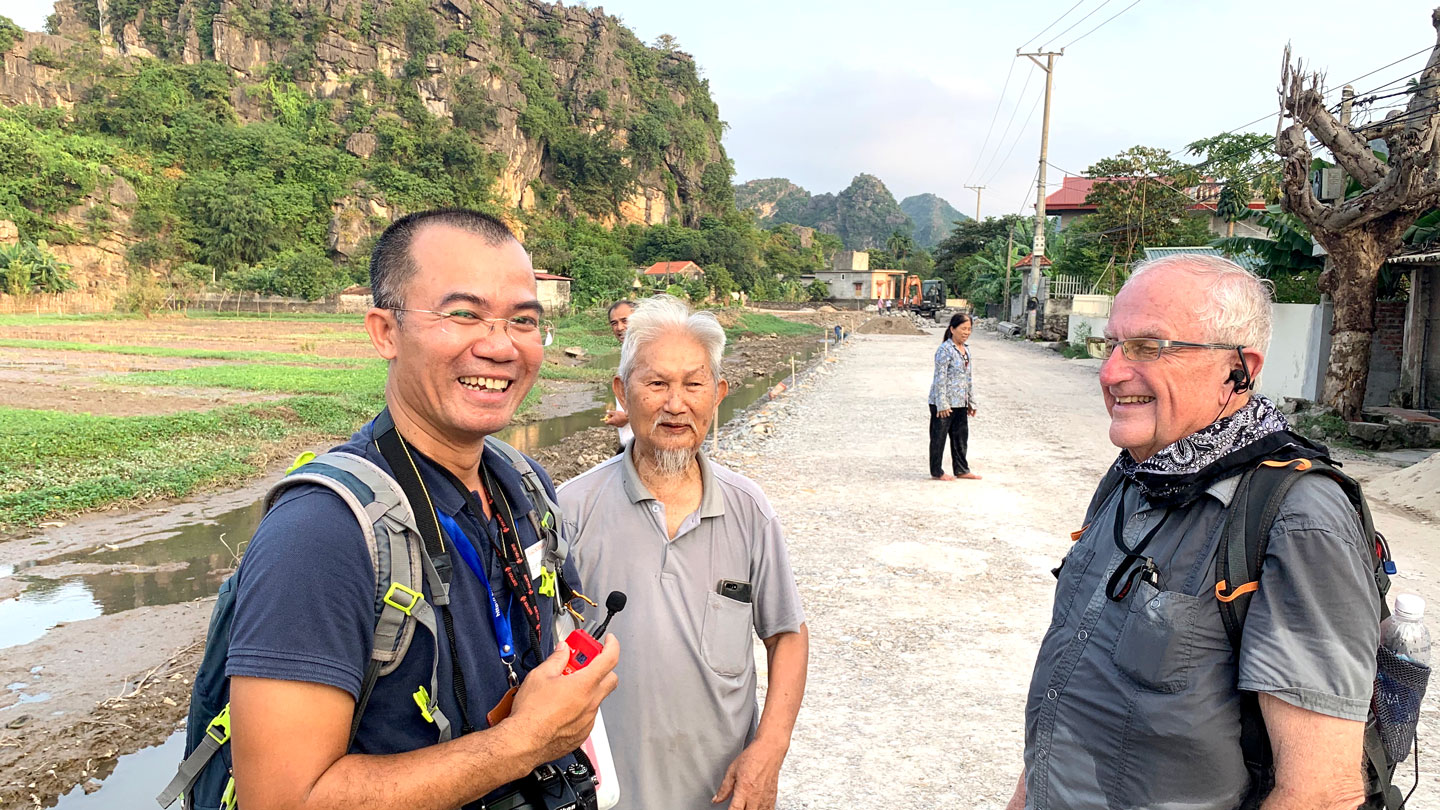 OLLI at UAH member Cliff Lanham (right) and tour guide Thuyen Nguyen (left) speaking with a local near Hoi An, Vietnam, in October 2019.

Cliff Lanham has been an OLLI at UAH member since 2011, having chaired several committees. He currently serves as a member of the Board of Directors and is one of OLLI’s instructors. He is retired military, having served three tours in Vietnam. He was a captain in the Army. His first two tours, 1967-68 and 1969, were as an adviser to the Vietnamese Army Infantry Battalion. In 1971 he returned to Vietnam as a commander of a maintenance battalion. Recently he and his son returned to Vietnam for what Cliff calls his “trip of a lifetime.” This is his story.

My son, Mike, and I arrived in Hanoi on October 18 and met the other six members of the Road Scholar Walking Tour that would consume us until November 3. Our tour guide would be Van Thuyen Nguyen. Thuyen had a superb command of the English language and a wealth of knowledge on the history of Vietnam.

We saw all the locations on our itinerary, including Mai Chau, Ninh Binh, Halong Bay, Da Nang, Hue, Ho Chi Minh City (formerly Saigon) and Long An. It was unbelievable. 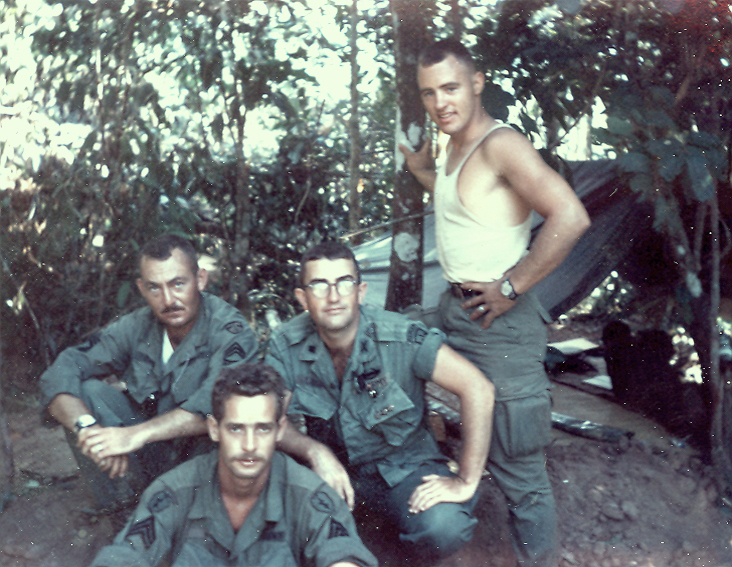 Mike and I did make time to have a quick drive out toward the Cambodian border to the small town of Duc Hoa, Vietnam. Duc Hoa was my first paid trip as an infantry officer to Vietnam in 1967.

Duc Hoa was no longer a sleepy little town of 3,000 people. It was now a major city of some 35,000-plus people. As with many places in the old South Vietnam, nothing is left to see or visit that was once part of the old Republic of South Vietnam.

Where the old 25th Army of the Republic of South Viet Nam (ARVN) and the American Advisor Compound was located is now a massive People’s War Memorial to the warriors of North Vietnam and the Communist Party. Even the old base camp where I was an adviser three kilometers outside of town was gone.

The ARVN Cemetery on the edge of town was also gone. We did find the old divisional airfield just behind the People’s War Memorial. The runway was now a road, with many old and discarded ARVN soldiers and families trying to make a living and reside in substandard housing.

Fifty years and acceptance of capitalism have changed Vietnam to a vibrant and healthy nation. Even the lowly farmer now has electricity. Honda has made a fortune selling motorcycles in-country. Every individual (16 and above) seems to have a motorcycle. At least 30 percent of the population have automobiles.

It seemed as if every 12-year-old child and above had a cellphone. The internet is open to the world. China is certainly not as open when it comes to the internet.

Televisions are found in at least 90% of the households. Clothes washers, dishwashers and refrigerators are common in the cities. English is taught as early as the sixth grade, and all the young people desire to speak English.

As a general rule, the younger generation has not dwelled on the past wars, except the French colonial period and the modern-day threat of China. China seems to be a shadow of concern floating over Vietnam. Like many American veterans, the Vietnamese veterans have their remembrances of their wars as good, bad and/or indifferent.

My return to Vietnam was a fantastic adventure. I have seen a nation that has experienced almost continuous war for over a hundred years. They survived at a fearful cost, in excess of 2 million killed.

The country now is a young and hopeful nation seeking to be the best people they can be for themselves, their families and their nation.

To learn more about Cliff's adventure, attend the OLLI at UAH Weekly Bonus on Friday, May 1, 2020 at 11:00am. More information can be found at Osher.uah.edu/WeeklyBonus. Weekly Bonuses are open to all OLLI at UAH members and membership is only $25 for a 12-month membership. Join OLLI at UAH and Never Stop Learning!