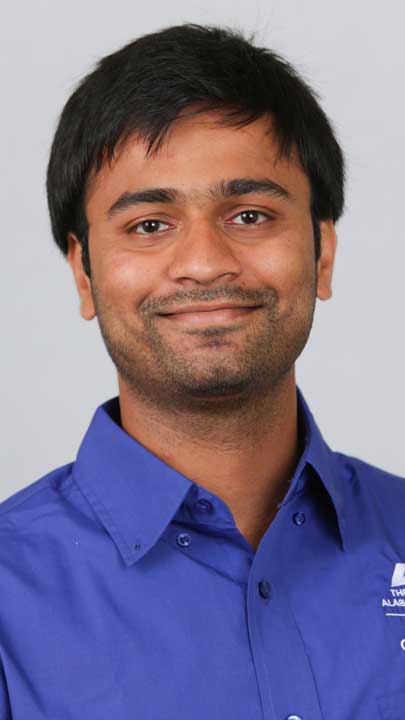 Nishanth Goli is the founder and president of UAH’s GSO.

The University of Alabama in Huntsville (UAH) has over 120 student-run organizations, and now there's one just for graduate students: the Graduate Student Organization (GSO). Formed in the spring of this year, the GSO's mission is to "represent graduate students, help with their research, and improve their networking and job skills," says founder and president Nishanth Goli.

"I went with four others from the SGA to a National Association of Campus Activities conference, and I met graduate representatives from other schools," he says. "I found out that they had a whole different organization for graduate students, so that's when it came to my mind that we needed one at UAH."

But busy with research and his commitment to the SGA, he wasn't able to pursue plans for the organization until the following year. And at that point, he says, time was beginning to run out. "This past spring was supposed to be my last semester, so I was eager to get it established!" 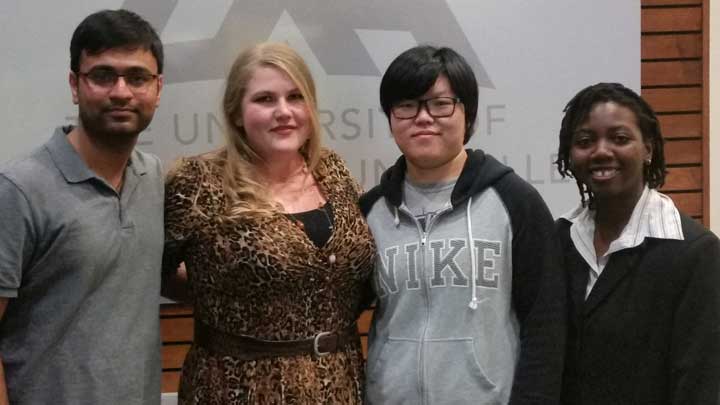 That led to an initial meeting, during which the nascent organization's officers were selected - and still serve to this day. These include Cassandra Baldwin as vice president of internal affairs, Brandilynn Wilson as vice president of public affairs, and Lin Yang as secretary. "We also have two liaisons for each college, who represent the interests of their college and help us with promotion," says Goli.

With officers in place, the next step was to determine what the GSO's focus would be. At the top of the list? "Have fun!" he laughs. "They say graduate students are totally busy and don't have time for fun, so one thing we're doing is holding social meetings at an off-campus bar or restaurant. They're the first Friday of every month from 6 to 9 p.m. with the location on our Facebook page."

But just as important is the dual goal of collaboration and information sharing. "We really want the GSO to help graduate students know what others are working on," says Goli. So in addition to bringing students together informally, the organization intends to host a "Research Week" next semester that will allow graduate students to showcase their work. "In the future, we want to do one for professors' research as well," he says. 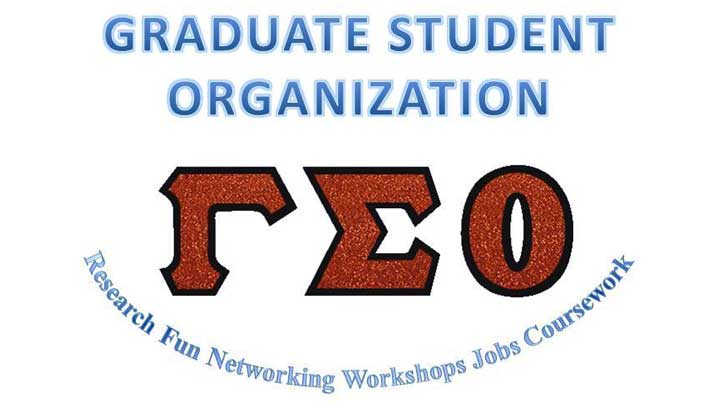 Not that Goli himself will be here to see the project to fruition, given that he will be graduating from UAH at the end of this semester. But while he is sad to leave the organization he started, he is confident about its future without him. "As a president, your main job is to make sure you have responsible people who can take care of the organization when you go," he says. "When I leave, it will definitely go on."

The GSO is open to all UAH graduate students. Become a member by completing the organization's online sign-up form.