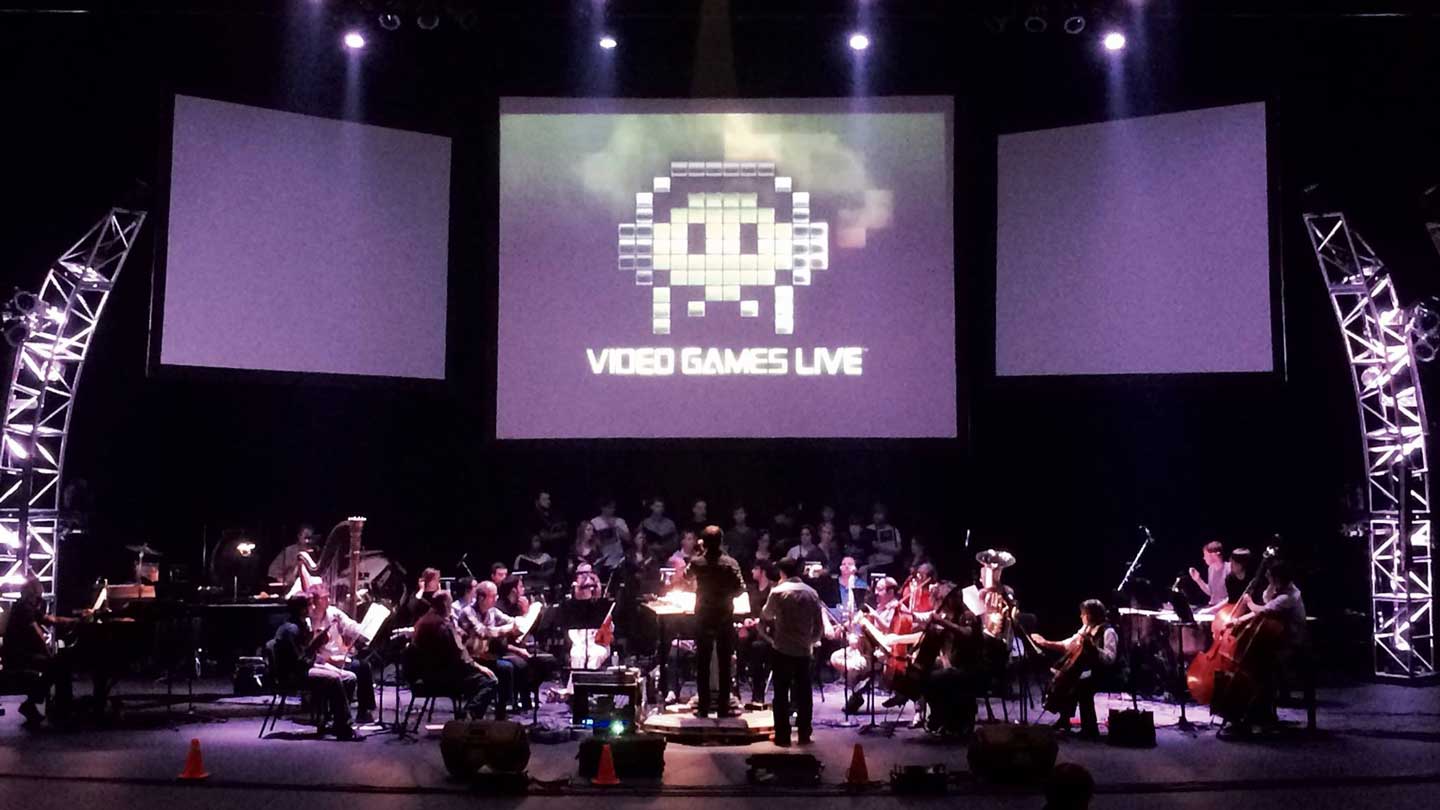 The UAH Chamber Choir performs with the Huntsville Symphony Orchestra at the Video Games Live™ concert held Oct. 17 at the Von Braun Center.

Students at the University of Alabama in Huntsville (UAH) probably weren't expecting to sing music from their favorite video games when they auditioned for the UAH Chamber Choir this semester. But when the Huntsville Symphony Orchestra (HSO) invited them to perform in the Video Games Live™ (VGL) concert at the Von Braun Center on Oct. 17, that's exactly what they did.

"The HSO contacted me over the summer about having the Chamber Choir sing at VGL and we got the music in mid-September, which gave us a month to prepare," says Dr. Erin Colwitz, Associate Professor of Music and Director of Choral Activities. "Some parts were easy but some were rhythmically very challenging. And it's made-up Latin, so that was a little weird! But luckily the students play all these games and know how to pronounce the words."

I kind of knew what to expect,
but I didn’t expect it would be so much fun!

VGL, which bills itself as an "immersive concert experience," features scores from games and game franchises like Mario™, Zelda™, Halo®, Final Fantasy®, and Warcraft®. As the show tours the country - and the world - local symphony orchestras and concert choirs perform the music while accompanied by video screen visuals and interactive audience-participation segments.

In short, it's a major production. But despite that, VGL founder Tommy Tallarico still managed to take time out of the day of the Huntsville concert to speak with a contingent from UAH. Included among them were not only Dr. Colwitz and the choir, but also Glenn Dasher, Dean of the College of Liberal Arts; Dr. David Ragsdale, Chair of the Department of Music; Johnna Doty, UAH's Director of Music Technology; and eight students majoring in music technology. 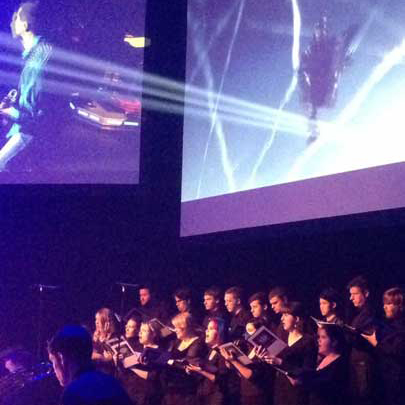 "He was very personable and told the students his story of driving to Los Angeles and living under a bridge before eventually bring hired to write video game scores," says Doty, who adds that she found the experience "fascinating and exciting" from a music technology perspective. "Of course, I was sneaking around backstage and looking at the workings of everything!"

As for the show, it kicked off at 7:30 p.m. and was by all accounts a huge success. "I kind of knew what to expect, but I didn't expect it would be so much fun!" says Dr. Colwitz. The students, too, enjoyed the one-of-a-kind evening. "They were just in heaven, and I was so proud of them. They really worked their behinds off and were given so many compliments."

Not that they're letting it go to their heads. Instead, they are already hard at work preparing for their next show, UAH's Veterans Day Concert, which will take place at 7:30 p.m. on Friday, Nov. 7, in the newly renovated Roberts Recital Hall.