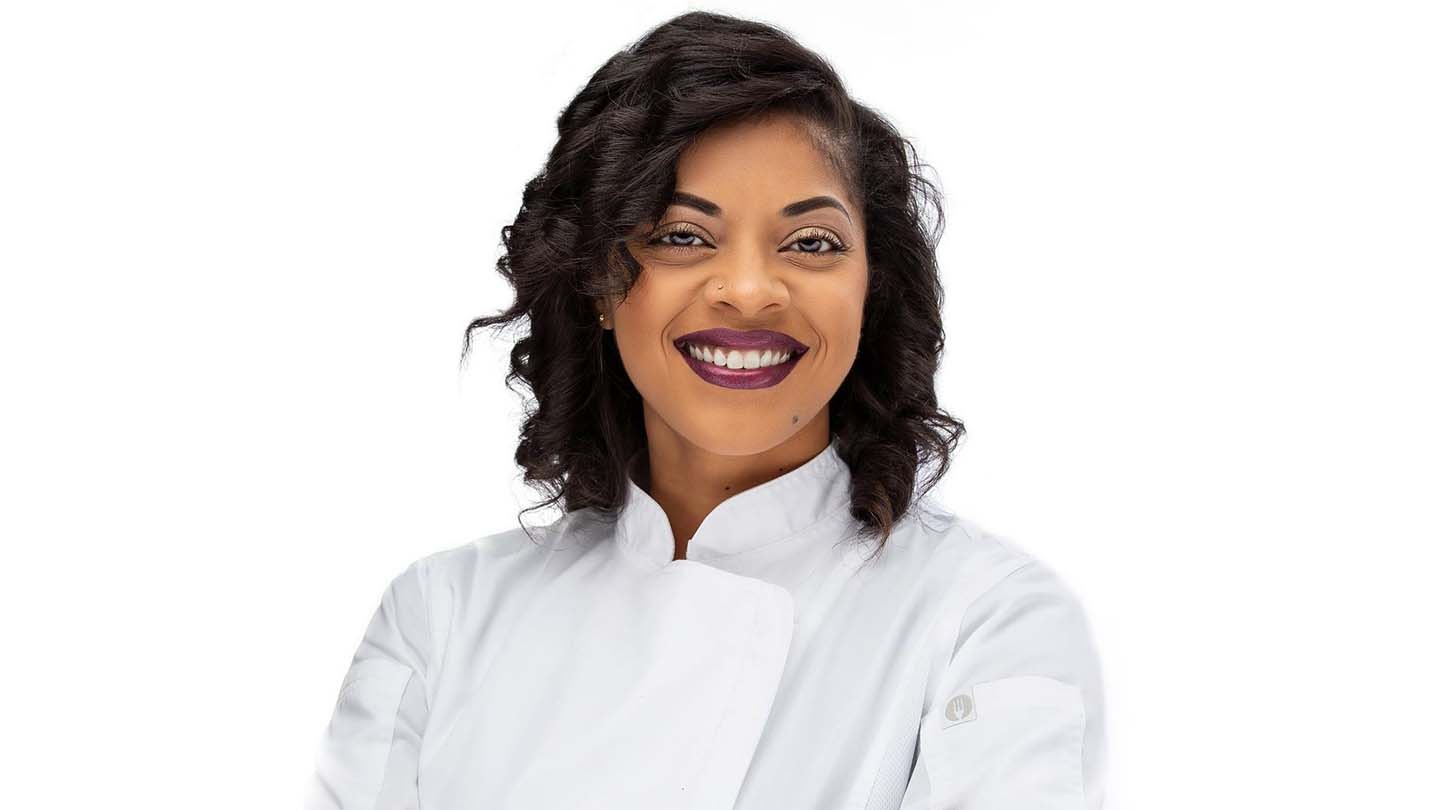 Mason says she has always enjoyed cooking and entertaining and grew up cooking with her mother. “I am a foodie,” the chef admits. “If I’m not allergic to it, I will try anything once.”

This adventuresome spirit and desire to eat something different every day is what made cooking a passion for the UAH alumna, but it also made going vegan difficult. “I was worried about a lack of variety,” she shares. Health issues in her 20s inspired Mason to slowly transition to a vegan lifestyle. It was then she realized that local options for vegans were limited, especially if they wanted to eat at a 100% vegan restaurant. Now Mason owns the only dedicated plant-based restaurant in Huntsville, a realized dream she attributes to her mother’s inspiration and the skills she learned at UAH as an engineer.

Mason and her mother talked often about how they could open a restaurant, but as a software engineer with a decade-long career, Mason wasn’t sure how to make the leap. She worked on Redstone Arsenal, and for a few years, Mason used her Fridays off to cook and deliver dishes around Huntsville to test the market. Her mother’s death in 2017 prompted her to quit her job and open a business. Mason cashed in her 401K and opened a meal prep delivery service that transitioned into a pop-up restaurant at local events and farmer’s markets.

“At that point, it was just me,” she recalls. “I drove all around Huntsville and within a 25-mile radius delivering food. Farmer’s markets offered a lot of visibility. I was just trying to get my name out there.” That was in January of 2018.

By 2020, when most restaurants and entrepreneurs were struggling due to the advent of COVID-19, Mason was flourishing. “I already had a delivery model in place and I added an online store, which worked well during the pandemic,” she explains. “I actually had to turn down orders, so it was time to take the next step.”

That next step was to open a brick-and-mortar restaurant, The Veggie, at Lowe Mill. She opened the cafe in March 2021 and tripled her business from the previous year by offering a daily menu, prepared meals, catering services and grab-and-go items.

Mason says her education and experience as an engineer directly informed her success as an entrepreneur. “Someone gave me advice once: ‘Think of your current skill set as an engineer as a way to fill your basket for the future.’ I took that to mean I should use what I learn and know as an engineer to help with my next job.”

That’s exactly what Mason did. She created a 60-page business plan to create a clear vision for her goals. “Being an entrepreneur can be unpredictable, so a blueprint helps,” the alumna shares. She notes that other skills have come in handy, including her ability to manage a team, create and follow a budget and communicate with many different people. Mason also uses data analytics to see how her business is performing and where to focus her efforts.

She learned those skills on the job, but she credits her time at UAH as the impetus for everything that was to come. Mason came to UAH because, she says, there were jobs waiting after graduation. “I was valedictorian of my class, and I had a lot of offers. Auburn was heavily recruiting me. But my teachers and counselors connected me with UAH. A big selling point was that if I graduated from Auburn, I’d still have to come back to Huntsville to work.”

Mason attended Engineering Day, an opportunity for potential students to learn about the different areas of study in the College of Engineering (COE), meet with COE faculty, advisors, and students and tour the UAH campus. “I talked to people from each area of engineering,” she says, “but when I talked with the Industrial and Systems Engineering faculty, that really appealed to me. I’m a very practical person, and I liked the idea of making things make sense. And the women I talked to that day stuck with me.”

Supported by scholarships from 3M and a UAH Presidential Scholarship, Mason enrolled at UAH. She joined several student organizations, including the National Society of Black Engineers (NSBE), Delta Sigma Theta, the Black Student Association (BSA) and a Summer Undergraduate Research Fellowship, which she says offered many opportunities for growth and hands-on experience.

During her senior year, Mason’s team won the COE’s Outstanding Senior Design award in 2008 for their project aimed at streamlining the internal transportation system at 3M’s plant. “UAH provided the skills for a great 10-year career as an engineer, and those skills have carried over to my career now,” the alumna says.

Mason’s planning and hard work have yielded exciting opportunities for her career and business. In October 2021, she was featured as one of the two guest chefs on the popular Food Network Show “Beat Bobby Flay,” which was the show’s first 100% vegan episode. The show aired in January 2022.

“Meeting Bobby Flay was amazing!” Mason says. “He was one of my inspirations as a chef, and it was on my bucket list to meet him and be on the show.” She reports she had a great experience and that Bobby and his team were kind and professional.

In addition to this national recognition, The Veggie won a coveted local nod by being voted Best Downtown Project of the Year for 2022 in Downtown Huntsville Inc’s (DHI) annual poll. The awards were announced at DHI’s Annual Meeting and Awards ceremony in January.

Mason says this tremendous success and growth will support big plans for the future, including the expansion of her restaurant to other locations. “Huntsville has been the launchpad,” she states, “but the goal is to influence plant-based eating in the South.”

Mason hopes to open plant-based eateries in the South and along the East Coast. “We say we want to be where vegans are and where they want to be,” she says, adding that she hopes to offer vending machines at locations like schools and airports where patrons can easily access healthy and delicious snacks.

Mason also says giving back to the community has always been a component of her business plan. “A big part of my mom’s story was her service. She had a soft spot for the homeless and elderly. Within the next couple of years, I want to establish community refrigerators to offer free access to healthy food options for those who need it.”

Honoring her mother is a key ingredient of Mason’s plan, and she’s accomplished this by preparing food that transforms her mother’s classic dishes into modern vegan fare. Mason says her start in the culinary world as an eight-year-old, her education as an engineer and her mother’s encouragement have all led to her current success and her future plans, and she’s just getting started.