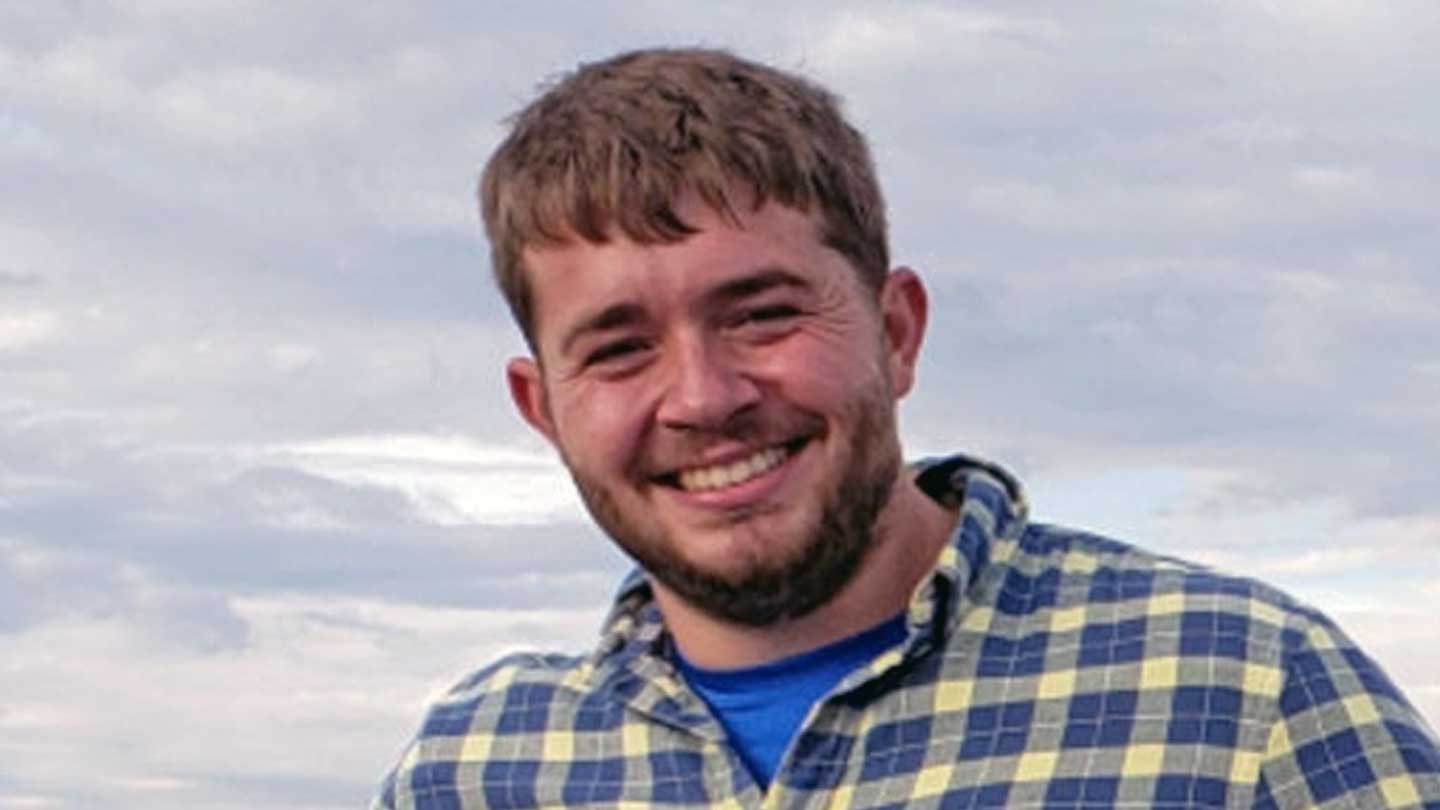 Alumnus Michael Terres is working toward his doctorate in Space Science and supports the Center for Space Plasma and Aeronomic Research (CSPAR).

UAH alumnus Michael Terres, a research assistant in the department of Space Science (SPA) with The University of Alabama in Huntsville (UAH), a part of The University of Alabama System, has been announced as the winner of a Future Investigators in NASA Earth and Space Science and Technology (FINESST) 2020 grant to study turbulence in solar plasma.

The FINESST program provides research grants to graduate students who are designing and performing research projects relevant to the goals of the NASA Science Mission Directorate (SMD) in one or more of four divisions: Earth Sciences, Heliophysics, Planetary Science and Astrophysics. Project proposals may request up to a three-year period of performance.

"The whole process of finding out was quite interesting," Terres says. "With COVID-19, the notification deadline was extended, and we had no real time frame to be notified. I logged into the online portal to see if there were any updates and noticed my online status had been changed to 'accepted.' I immediately thought, 'this is amazing!' and I remember telling my wife the news. I sent a notification to my advisor asking if it was correct, just to be sure!"

FINESST is a new addition to NASA's Research Opportunities in Space and Earth Sciences (ROSES) program that targets student-designed and performed research projects that contribute to SMD science, technology and exploration goals. The participating student is a 'Future Investigator' (FI), and the award is up to $135,000 over a period of 36 months. Graduate students pursuing a master's degree or doctorate in an earth or space sciences-related discipline at a U.S. higher education institution are eligible.

"I regard this as a testament to both our excellent students and SPA's excellent faculty," says Dr. Gary Zank, director of the UAH Center for Space Plasma and Aeronomic Research (CSPAR) and the Aerojet Rocketdyne chair of the Department of Space Science.

Terres earned his M.S. degree in Space Science at UAH and is working toward his doctorate, specializing in the plasma physics of solar wind turbulence. He is being supervised by Dr. Gang Li, a professor in the Space Science Department. He and Dr. Li have collaborated on three papers on the characteristics of solar wind plasma, and Dr. Li will act as Principal Investigator (PI) for this grant.

"The PI's role is largely a guiding role," Dr. Li explains. "We meet on a weekly basis and discuss various research articles and problems the FI encounter. I normally lay out a research plan at the beginning of the semester which contains monthly goals/anticipated research progresses. It is the FI who implements the details of the proposed research. When there is a technical problem, we will sit down and discuss, and then the FI goes back and tries various approaches to solve the problems."

Terres reports he decided to submit for the award after gaining familiarity with the process the year before. "We submitted for the NASA-FINESST grant in 2019 as well. The proposal requirement is a six-page manuscript describing the significance of the study, along with preliminary work and a detailed background. The overall program is one of the most prestigious grant opportunities for the Space Science field. So that alone is a reason why we were so interested in applying."

The graduate student has a real passion for understanding the physics of solar wind turbulence and is eager to explain the history behind the subject.

"Solar wind is the upper layer of the solar corona that extends throughout the entire solar system," he says. "It was discovered by Eugene Parker in the 1950s through observations of comet tails. If we trace the path of a comet around the Sun, the tail that we see is always directed away from the Sun. This feature helped us find this continuous outflow of ionized gas, which we call the solar wind."

"Mr. Terres' project aims to use a recently develop technique (i.e. the Hermite Decomposition) to investigate the solar wind proton velocity distribution function," Dr. Li says. "Coupled with new observations from Solar Probe Plus, this study will greatly improve our understanding of solar wind heating. Casting the solar wind proton velocity distribution function to a series of Hermite polynomials, this method offers a new way of examining the nonthermal components of the solar wind and therefore can help us to better understand the heating of solar wind. This is one of the central goals of heliospheric physics research."

Terres' study "can shed light on the understanding of particle-wave interaction," he says. "Looking in the solar wind, we have the ionized gas mixture of electrons, protons and other elements. When we talk about wave-particle interactions, we are talking about ions (protons) and electrons. Charged particles orbit uniform magnetic field lines with perfectly circular orbits. So, when we perturb a magnetic field, with say a pluck of a string, we create a wave that will travel along the line. This wave will interact with the particle's orbit causing it to gain or even lose energy. So many waves interacting with vast quantities of particles results in this energy exchange."

The student researcher points out that understanding this celestial phenomenon is vitally important, not only to increasing our knowledge of how this turbulence impacts the Earth and its local magnetic habitat, but for its application to other fields as well.

"The solar wind is essential to the understanding of our surroundings," Terres says. "Turbulence in the solar wind is important to study, not only for answering fundamental questions in Space Science, but for applications to other fields as well. Solar wind is a perfect medium for turbulence, so we can extend our understanding to other fields, such as Magnetospheric (Earth's magnetic field), Laboratory Plasmas, even Astrophysical studies. So, to me, turbulence is such an important topic to study."

Dr. Li says it is especially gratifying to see one of his students achieve such a significant award. "It is very satisfying to see Michael win the FINESST. The award is a recognition of his hard work and accomplishments in the field of heliospheric research. The Department of Space Science at UAH has had a strong record in obtaining the NASA/FINESST (predecessor of which is the NESSF) grant. This is the fifth student in our department who has obtained this award."

Terres has already begun the preliminary stages of this work. "The wonderful thing about this study is that it is one of the first studies to use our particular analysis scheme," he notes. "This allows us to investigate so many different areas of the solar wind. This work is for three years, and we have enough data and information to continue this study even further than that."

And what sort of activities is the grant winner performing under his mentor's supervision?

"Michael has done wavelet analysis, dynamical power spectra, as well as PVI analysis [Partial Variance of Increments, performed to study the formation of coherent structures in space plasma]," Dr. Li says. "Of course, he will be implementing the Hermite Decomposition technique and eventually using that technique and the above-mentioned methods to examine how solar wind plasma can be decomposed into a thermal component and non-thermal components. In particular, Michael will also examine how this decomposition varies with heliocentric distance."

Thanks to their partnership, Terres is now able to realize a long-cherished goal: the chance to work with NASA that this new research opportunity provides.

"NASA will always be closely associated with this project or any research into Space Science," he says. "They are the leading experts. Working for and with NASA has always been one of my goals, so I hope to keep a strong connection there!"