Exciting Courses for Summer & Fall 2022 with the College of Arts, Humanities, and Social Sciences 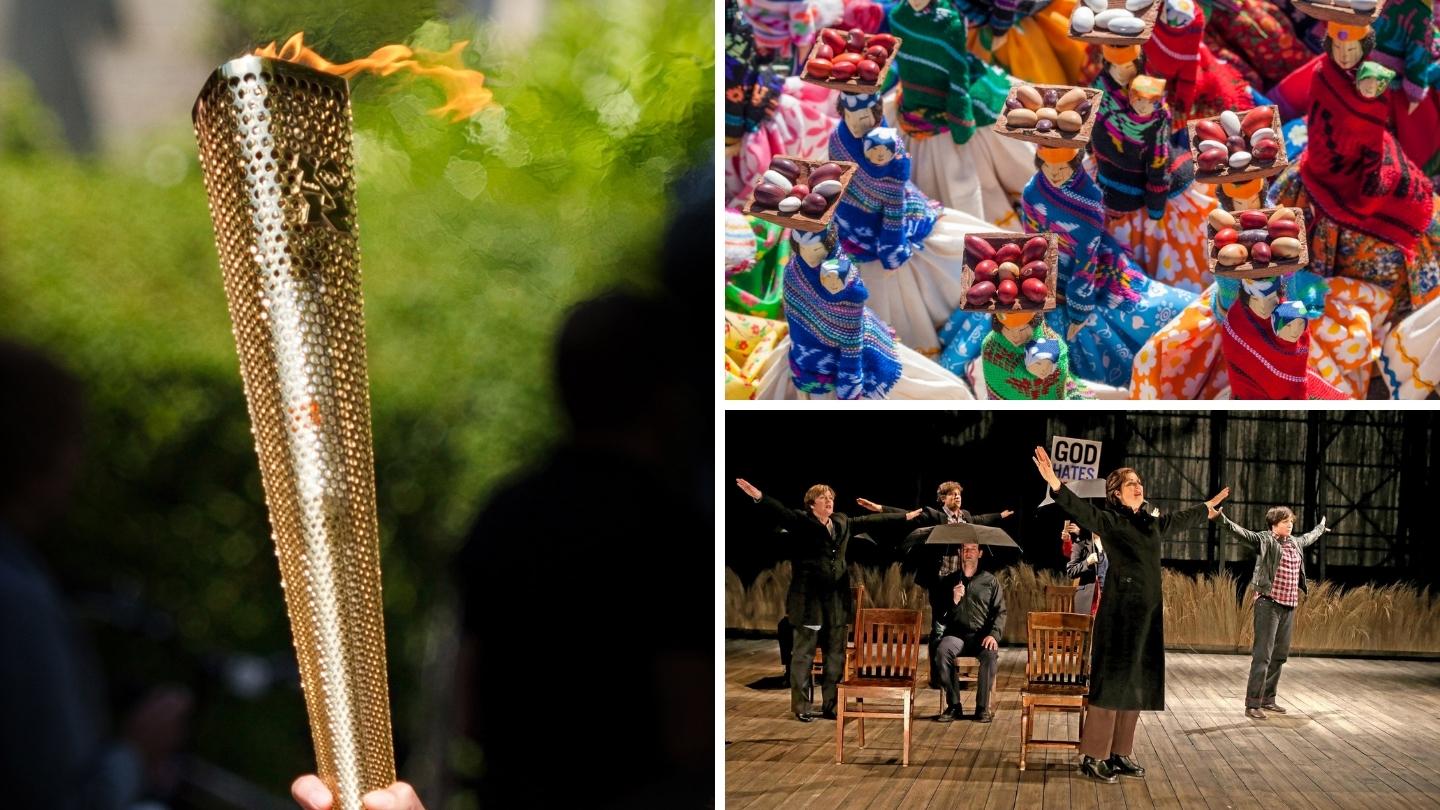 The College of Arts, Humanities, and Social Sciences is excited to announce some of our new and returning courses for Summer and Fall 2022. New class descriptions will be added daily! Check back often. If you have questions about courses, please contact our college at cahs@uah.edu or speak with your Academic Advisor.

This course will explore issues of identity, representation, and experience in texts written by and about Indigenous North American women. We will engage with a broad variety of texts—fiction, literary criticism, ethnographies, and native-studies criticisms—in order to consider the politics of demarcating what counts as Indigenous women’s literature and what it means to mark a course as concerned with understanding “Indigenous” and “Women.”

This course will explore the history of the Olympic Games from 1896 to the present, using the Olympics as a microcosm for exploring broader themes including: nationalism and internationalism, amateurism and professionalism, politics and protest; race, gender, commercialization, media, urban planning, environment, security and terrorism, and the emerging global anti-Olympics movement.

The UAH Concert Choir is an SATB ensemble, comprised of singers with a wide range of experience and ability from almost every college and major on campus. The Concert Choir and Chamber Choir often collaborate with the UAH Wind Ensemble, Huntsville Community Chorus, and Huntsville Symphony.

NEW! This course will be online for summer and fall with a hybrid model of both synchronous and asynchronous course schedules. You will be required to be at one Zoom class meeting each week, while other material will be completed online asynchronous. Teaches beginning listening, speaking, reading, and writing within cultural contexts. No prerequisites are needed.

Literature and Culture teaches critical analysis of texts from ancient times through the Age of Discovery. This course introduces students to the methods of literary study through an examination of works in their social, historical, and philosophical contexts. We will examine different genres such as poetry, prose fiction, and drama and oral literatures. These texts will take us from ancient Mesopotamia (Iraq) to ancient Greece, from pre modern Britain to medieval Africa, and from early modern Spain to Renaissance England. Our readings will consist mainly of works in translation but will also include texts first written in English. Our main texts for this course will include the ancient Mesopotamian epic Gilgamesh, the fifth-century BCE drama Oedipus Tyrannus, the Old English poem Beowulf, the epic of medieval Mali, Sundjiata, the fourteenth-century Middle English poems Sir Gawain and the Green Knight and The Canterbury Tales, the sixteenth-century Spanish picaresque novel Lazarillo de Tormes, and Shakespeare's tragedy Macbeth. We will also read other supplemental texts relative to the periods/cultures that produced the main texts.

Literature without Environmental Borders explores the ways that humans have constructed not only physical boundaries between them and their environment—like fences, walls and fire—but also symbolic ones in the literature of early civilizations. The course focuses on literary texts depicting and performing human-animal-plant relationships and analyzes the ways these borders are maintained or reimagined today. By reconstructing and deconstructing the literary boundaries created in ancient texts, we hope to understand more about our modern hurdles toward healthier relationships with our environments. The course will explore what it means to be human, what happened to nature, what animals mean to us, fear, love, violence, and the boundless terrains of foundational literature.

“One of the most intrinsic things about [humans],” says author Salman Rushdie, “is that we're storytelling animals. The need to understand the world through our stories is profoundly embedded in human nature." In this course, we will study extant literature from ancient times through the so-called “Age of Discovery.” In particular, we will be examining the history of storytelling, of how stories are told and why they are told, in cultures from around the world. To answer these questions, we will analyze works within their social, historical, and philosophical contexts while paying special attention to the forms of stories and their narrative structures and techniques. Readings may include The Odyssey, The Ramayana, The Thousand and One Nights, Sir Gawain and the Green Knight, King Lear, and The Tale of Genji.

(POST) HUMAN WISHES: Monsters, cyborgs, artificial intelligences and everyday humans populate the readings in this survey of literature since the Enlightenment. The authors we study in this class all propose differing answers to the question of what makes humans "human." In addition to tracing the development of literature across the aesthetic movements of Romanticism, Modernism, and Post-Modernism, this class incorporates writers from outside the western canon that have their own novel perspectives. Texts include Frankenstein (Shelley), The Metamorphosis (Kafka), and Never Let Me Go (Ishiguro), along with shorter readings by David Hume, Sandra Cisneros, Maxine Hong Kingston, and others.

The Legacy of Frankenstein: Since its publication in 1818, Mary Shelley's Frankenstein has been an endless inspiration to writers and filmmakers: A warning to scientists. A class parable. A prophesy of A.I. or genetic engineering. A feminist critique of patriarchal marriage. An allegory about artistic creation. A study of racism. A mournful meditation on human violence. A good old-fashioned horror story. In this class we will explore The Legacy of Frankenstein beginning with Shelley's original and continuing through writers like H.G. Wells, Karel Čapek, Nnedi Okorafor, Victor Lavalle, and Kazuo Ishiguro, and films like Blade Runner and Bride of Frankenstein.