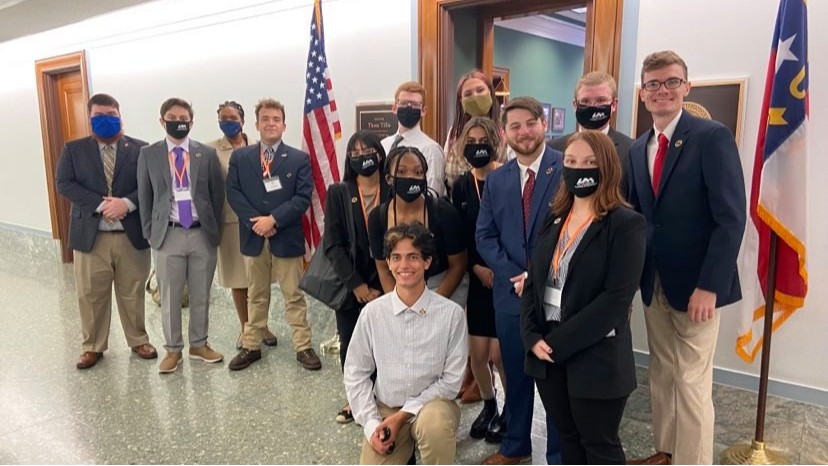 On September 29, 2021, students of The University of Alabama in Huntsville (UAH) Political Science 480/580: Policies and Politics of International Child Abduction course traveled to Washington D.C. to participate in the iStand Parent Network’s 8th Annual International Parents Conference & Embassy Walk. The UAH students presented original research on this topic and met with Congress members, their staff, federal agency officials, and engaged in public demonstrations on the issue.

Follow their trip through the eyes of Hunter and the UAH students! The blog of the experience was created by Dr. Noelle Hunter.

Our first meeting of the day was the most productive. We had an in-person meeting with Senator Tommy Tuberville and his chief counsel. Christopher Alhorn presented Senator Tuberville with a very well-written IPCA reform bill and asked for his direct consideration to introduce it. The bill is his course service project.

Hunter Ricketts shared information about North Alabama’s increasingly diversifying community and how Alabama can model good IPCA prevention by getting ahead of anticipated international abductions that may occur here. Joshua Greer made an actionable request for Senator Tuberville to contact the State Department to gain information about IPCA’s effects in Alabama, and I asked to be connected with the National Children’s Advocacy Center in Huntsville with hopes to forge a partnership between that entity and UAH on this issue.  Senator Tuberville and his staff spoke very highly of the students.

We also participated in an informative meeting with senior counsel Seth Williford in Senator Thom Tillis’ office. This was a listening session for us on how certain members take up issues such as IPCA and how the bipartisan nature of this issue can be maximized to better help this constituency and bring abducted children home. We had read of Senator Tillis and Senator Feinstein’s bipartisan work on the issue prior to the meeting, so it was great to hear it come full circle. The students were also the first to know about forthcoming letters from Feinstein and Tillis to the Department of Justice!

Students got to experience how quickly things can change on Capitol Hill due to votes, the new covid realities, and a myriad of other reasons. As we left Sen. Tuberville’s office, I got a call from U.S. Rep. Smith’s office, by far this issue’s greatest champion on the Hill. He had scheduled a hearing on The Rights of Parents and Children: How to Better Implement the Goldman Act, for which I was honored to be an invited witness. (My testimony begins at 1:03:24).   I was invited to testify as a parent of a child who has come home from abduction and as a longtime advocate for the issue.

Initially, students were not going to be able to attend the hearing due to room restrictions, but with that call, we were all granted permission to attend.

Although they could not stay for the entire hearing, which was delayed due to representatives needing to vote (on the debt ceiling), they got to witness the dynamics of a hearing and, importantly, understood the implications of the State Department’s not showing up, though invited, to give an account of its performance on this issue.  I took the State Department to task during my testimony, and the students would remember their absence from the Wednesday hearing when they met with State officials on Thursday!

Two students who opted not to attend the DC Practicum, also made a most significant contribution toward the hearing: Dawson Welch and Autumn Taylor submitted a very well-written Statement for the Record in support of this issue. Their work, and their UAH affiliation, now stands in the congressional record for all time!

The students joined with parents, survivors, advocates, and others for a gorgeous moving tribute to abducted children at the Capitol Reflecting Pool.  We had a visit from Florida Congressman Bill Posey, a champion for our issue. A few students spoke about how their new knowledge of this issue will transform into personal action and engagement.  I imagine they will always remember this touching event.

On Thursday morning, prior to their opening plenary session, the students held a coffee roundtable with Allison Dilworth, the new director of the State Department’s Office of Children’s Issues, and Scott Renner, the former director.  I was not a part of this roundtable, as they were quite capable of managing it on their own. I don’t know what was said during that coffee roundtable, but it later prompted the students, via our graduate student Christopher Alhorn, to respectfully challenge her to greater responsiveness and transparency on this issue.

Their opening plenary presentation, The State of IPCA Research and Policy, begins at 28:50 of the livestream, a livestream planned and produced by two practicum students for their course service project.

Their presentation was crisp, well-rehearsed, and held the audience’s rapt attention. It succeeded in setting the tone for the conference and the future direction for public advocacy on this issue—as we seek to build research and policy base to offer policymakers more comprehensive, research-based recommendations for public action. Right now, the State Department is the only contemporary source of information for Congress. The students’ research and presentation pointed how the limitations of outdated and single-sourced data for truly addressing the problem.  Throughout the rest of the conference, participants shared how impressed they were with the caliber of students and their work.

Importantly, each of them produced a 1-2 page white paper on an essential IPCA subtopic which formed the substance of their presentation, AND to which all attendees will have access to in the conference proceedings. These white papers were assembled into a Briefing Book which we gave to the congressional offices we met with.

iStand Parent Network Inc. the conference host, entered into a partnership with iHOPE, a Lebanon-based civil society organization to work on this issue. We formalized the partnership at a signing ceremony during our awards luncheon. Our student, Sarah Hakim, will serve as the liaison between our organizations for this conference in fulfillment of her semester service project.

Let’s just say what happens in DC, stays in DC,

and there are no pictures to prove that some students may have electrified the dance floor at our post-conference mixer. There also may or may not have been a little belly-dancing, a quasi-soul train line, or dancing in the round, but suffice it to say our students mingled in fashion with parents, grandparents, youth survivors, and friends of abducted children.

On Friday, the students joined ranks with parents and advocates to peaceably assemble and/or demonstrate in solidarity with parents of abducted children in front of the embassies of Saudi Arabia, Mexico, Greece, and India. Students participated in our First Amendment freedom to assemble and were probably amused that the Secret Service and the Metro Police followed us to each stop.

At the Saudi Embassy (which is across from the historic Watergate Hotel), our demonstration was eclipsed by a larger demonstration of people protesting the Kingdom’s treatment of  Ethiopian migrants, and some of our students joined right in their protest.

We witnessed a range of responses, with parents gaining access to Greek Embassy and being spitefully denied access at the Indian Embassy.  I entered the Greek Embassy with a father whose son is unlawfully held in Greece, and the consular’s first remark was about the volume of the group assembled chanting “Let August Go!”.   It made quite the impression. I’m happy that our students helped this father in such a memorable fashion.

The Indian Embassy was another story, and it was here that one of the students, Dylan Kirk, let loose a spontaneous and epic cry for freedom for children abducted to India. You can see a short clip here.  Dylan also planted a “Lotus Garden” with the faces of internationally abducted children in front of the Gandhi statue.  Shew!  Tissues were needed!

After the Embassy Walk, the students took a well-earned tour of some classic DC sights and everyone made it home safely on Saturday.

There was so much more that each of these students experienced and contributed. Our student Ashleigh Richardson documented the experiences in fulfillment of her service project and I cannot wait to see this exceptional experience played back for us in living color.

I could call each of them by name and relate what I witnessed—their individual and collective intelligence, empathy, flexibility, and earnest desire to contribute to meaningful advocacy and reform on IPCA. We must count ourselves very fortunate to have such high-caliber students who will truly change the world.  I've seen it with my own eyes!

Photos of the Trip: 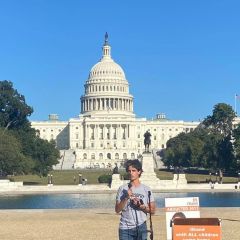 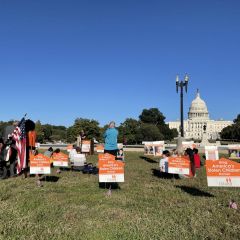 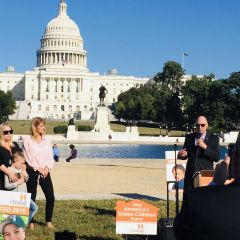 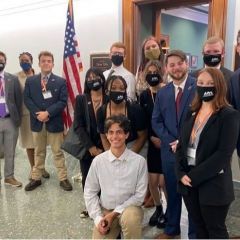 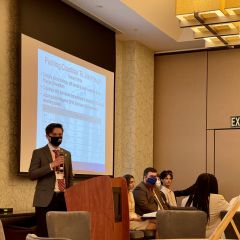 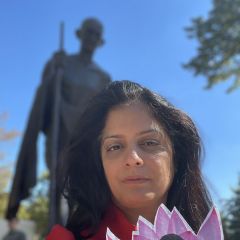 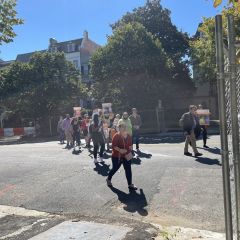 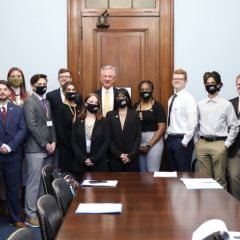