Dr. John Pottenger has been a National Endowment for the Humanities research fellow at UCLA and UC Berkeley on the philosophy and history of the scientific revolution; a Mellon Foundation seminar director at the College of William and Mary on liberation theology; a guest speaker at Moscow State University, USSR, on American political science; a visiting professor at the Romanian-American University in Bucharest on public policy and democracy; a guest lecturer at the Institute for World Economy of the Romanian Academy on American politics; and a lecturer and workshop facilitator for the U.S. Department of State in Egypt, the Russian Federation, Ukraine, and Uzbekistan on civil society.

In addition, Dr. Pottenger is currently a guest editor for a Special Issue of Religions* on the topic of “Promise or Threat? Religious Presence in Civil Society." 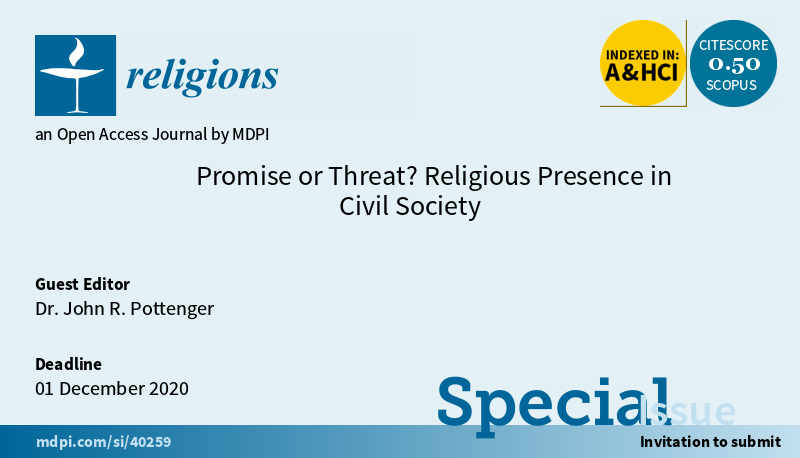 A call for papers is now underway for submissions that will be peer-reviewed for consideration of inclusion in the special issue of Religions.  A broad range of theoretical and methodological approaches, including those of comparative politics, history, law, philosophy, political science, religious studies, or theology are encouraged.

For details on the intent of this special issue, paper submission information, and deadline, please visit the Special Issue website.