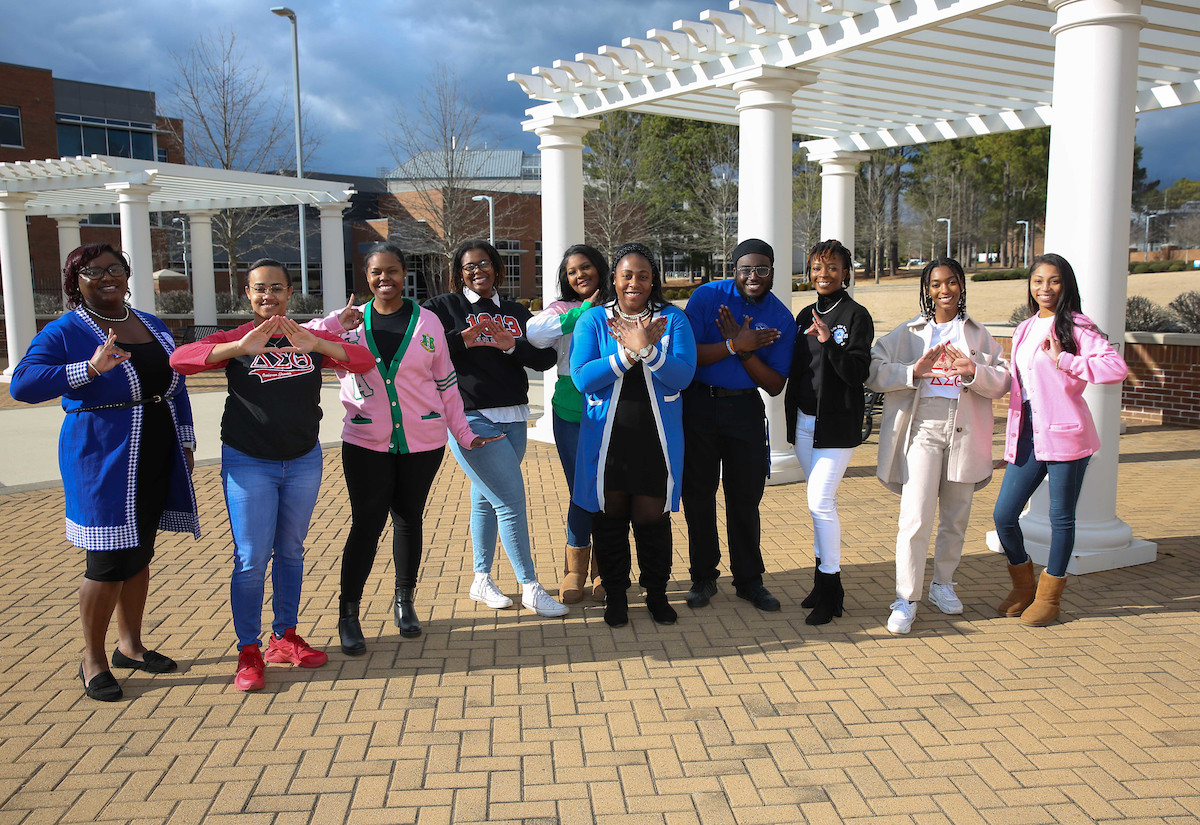 On August 7, 1990 the campus of The University of Alabama in Huntsville became the seat for the Rho Chi Chapter of Alpha Phi Alpha Fraternity Inc. The chapter is actively involved on campus and in the Huntsville community. Indeed, we are alive and well, and continue the journey first embarked by the early trailblazers in their quest to become first of all, servants of all and to transcend all.
aphia@uah.edu

The first sorority founded for African American women, Alpha Kappa Alpha strives to cultivate and encourage high scholastic and ethical standards; promote unity and friendship among college women; maintain a progressive interest in college life; and to be of service to all mankind. The Omicron Zeta Chapter was chartered on the campus of UAH on May 31, 1987.
aka@uah.edu

Delta Sigma Theta Sorority, Inc. is a predominantly black Greek lettered sorority, founded by 22 collegiate women on January 13, 1913. The founders' focus for the sorority was public service, scholarship, and sisterhood. The Omicron Gamma Chapter was chartered at UAH on September 20, 1980 by 8 women, and for over 30 years the Omicron Gamma Chapter has contributed continued service not only to the UAH campus but as well as surrounding areas through community service projects and programming.
deltasigmatheta@uah.edu

Zeta Phi Beta was founded on the campus of Howard University on January 16, 1920. The Sorority's international programs such as Z-HOPE (Zetas Helping Other People Excel) through Mind, Body and Spirit serve to empower people from all walks of life. As the sorority moves toward its centennial, it retains its original zest for excellence. It espouses the highest academic ideals and that has resulted in its members serving in groundbreaking roles in all fields of endeavor.

On January 9th, 1914 at Howard University in Washington, D.C., three young men founded Phi Beta Sigma Fraternity, Inc to exemplify the ideals of Brotherhood, Scholarship, and Service while being guided by the motto "Culture for Service and Service for Humanity." Ever since its founding, the fraternity has viewed itself as 'a part of' the general community rather than 'apart from' it. What started as one chapter has now grown to over 700 chapters and 200,000 brothers internationally. The Alpha Sigma Alpha chapter was most recently rechartered at UAH in 2006, and continually strives to be the beacon of light envisioned by the founders through philanthropic, educational, and community service projects on the university campus and surrounding communities.
phibetasigma@uah.edu