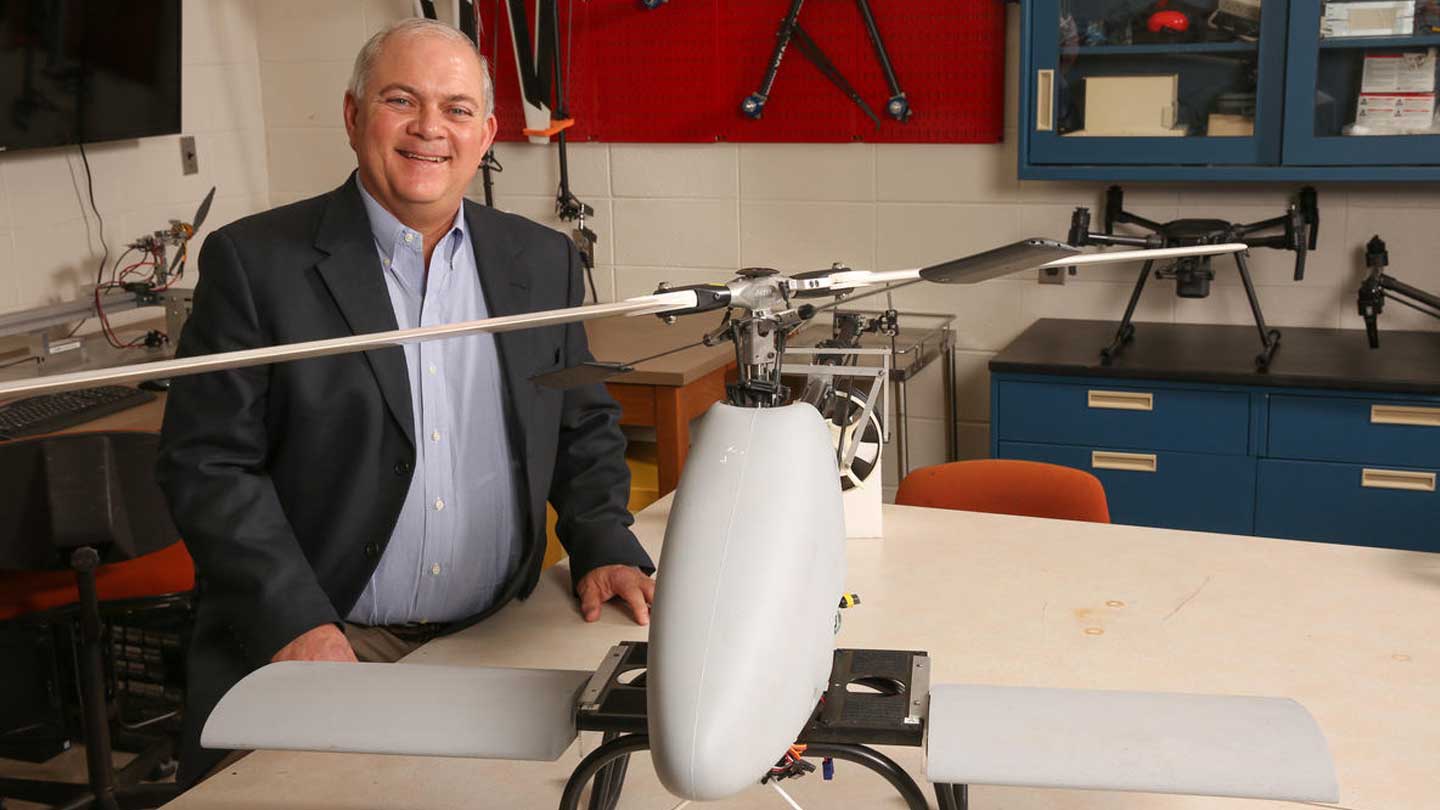 University of Alabama in Huntsville (UAH) partner Huntsville International Airport has been selected by the Federal Aviation Administration (FAA) as one of four airports nationally to host an Unmanned Aircraft Systems (UAS) Detection and Mitigation Research Program Test Site.

In partnership with UAH, a part of the University of Alabama System, Huntsville International Airport submitted a proposal to the FAA in fall 2020 that advanced the airport as the operator host for an FAA testing and evaluation site, citing UAH's long research in the UAS field and Redstone Arsenal's capabilities related to UAS, as well as the capabilities available in Huntsville to address detection and mitigation of military and civilian UAS.

"UAH is proud to be a research partner with the Huntsville International Airport in providing the ideal site for the FAA to test and evaluate detection and mitigation technologies for Unmanned Aircraft Systems," says UAH President Dr. Darren Dawson. "UAH will leverage its creative and innovative spirit to advance research in UAS operational and threat applications for the FAA as a committed research partner."

"This project will allow UAH to leverage its Unmanned Aircraft Systems expertise and engage with the FAA and aviation organizations with superior UAS engineering, research, integration and test capability from all across the United States," Dr. Lindquist says. "UAH is becoming a national leader in UAS research with our UAS work with the Alliance for System Safety of UAS through Research Excellence (ASSURE), NASA, Department of Homeland Security and Department of Defense research and our ever-expanding technology exploration in this area."

Huntsville International Airport offers the FAA a committed community and a concentration of high-tech resources focused on UAS research by academia and industry alike.

"We applaud this decision by the FAA and look forward to hosting a test site at our airport," Tucker says. "We are grateful to our partner UAH, to industry partners like COLSA, QuantiTech and Dynetics and to city, county and state leadership for their support and vital roles in this endeavor. We especially want to express our appreciation to Sen. Richard Shelby for his efforts regarding Huntsville's selection and for his continued support of Huntsville International Airport as we both work to move Alabama forward."