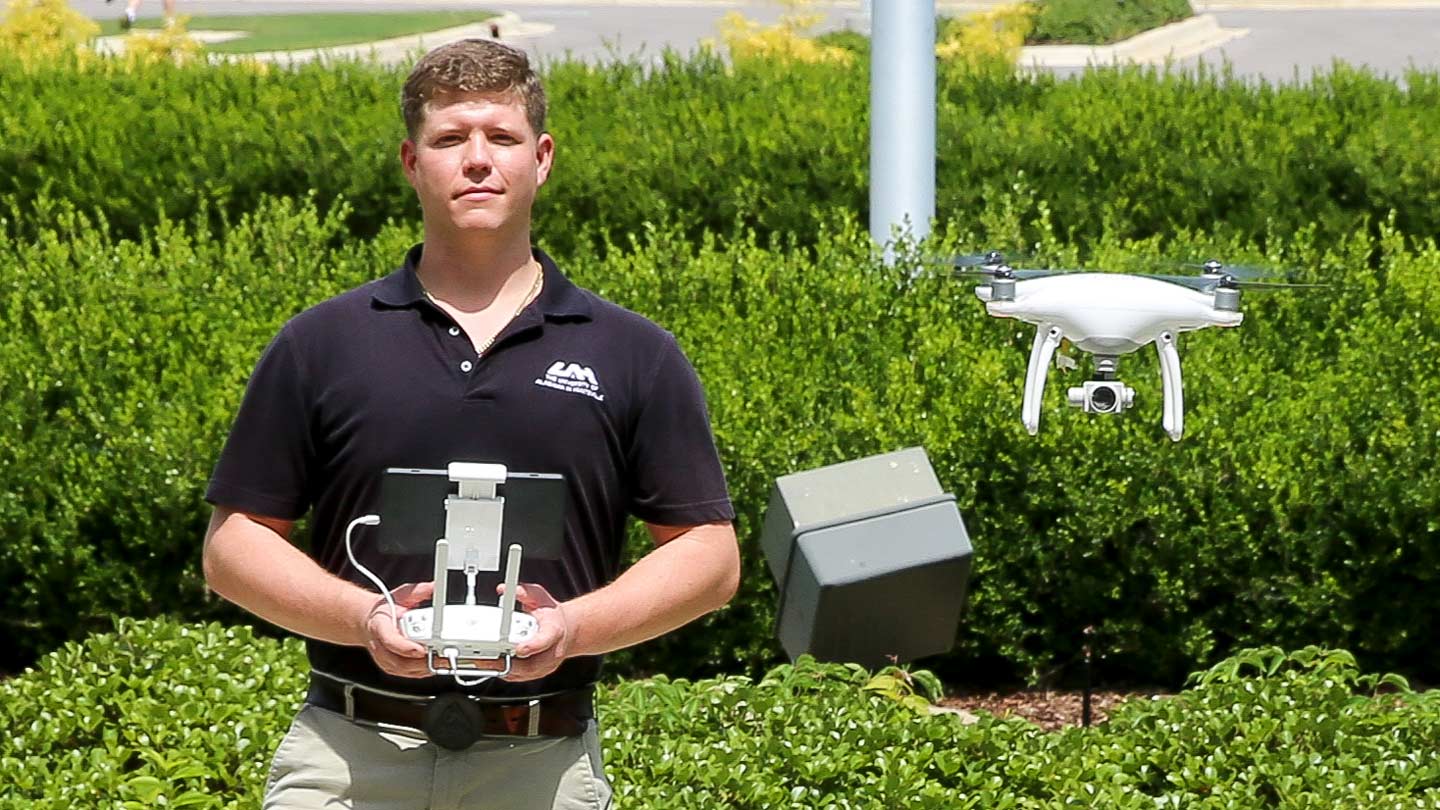 UAH is the only academic institution selected to be a contractor in an experiment designed to improve first responder communications and on-site information during a major disaster.

Commonly referred to as Shaken Fury, the effort is a U.S. Dept. Of Homeland Security (DHS) Science and Technology Directorate operational experiment to evaluate emerging communications technologies in disaster situations.

"I see this as an exercise in the seamless integration of communications for first responders," says Jerry Hendrix, RSESC director of Unmanned Aircraft Systems Programs responsible for UAS research. "Alabama Emergency Management Agency Director Brian Hastings helped to initiate this exercise in Birmingham."

Shaken Fury will simulate the after-effects of a large earthquake at the University of Alabama at Birmingham (UAB) Legion Field. DHS has partnered with public safety agencies in Jefferson County and the City of Birmingham in the experiment.

The experiment brings together private technology industries and first responders to gather information needed to develop the communications systems of the future. The integration demonstration during the experiment will help local emergency responders augment public safety capabilities before Birmingham hosts the World Games in July 2021.

Shaken Fury simulations will include a partial structural collapse and a hazardous material release at Legion Field. In real life, those events would require significant public safety coordination for search and rescue, stadium evacuation, decontamination and mass medical care.

"This operational experiment is actually based on a scenario where a 7.2 or 7.3 magnitude New Madrid Fault earthquake sets things off," says Casey Calamaio, an RSESC research engineer.

"Unmanned aircraft systems are increasingly used in disaster response and recovery because they are easily deployed, operate in a range of environments and collect data from a perspective that is extremely valuable in dangerous situations," Calamaio says.

"As the only academic institution taking part, UAH will be working on three fronts: technological development, integration testing and operational deployment," Calamaio says. "We’ll be operating UAS in response to the hazardous material spill streaming video, imagery and real-time location of the aircraft."

"Some of the key capability gaps that DHS has identified are tools for resource tracking, image and video analysis, and common operating pictures for situational awareness platforms."

After suggesting it to DHS, RSESC will also gather drone imagery of the experimental site beforehand, so that comparative imagery for damage assessment can become a part of the testing, Calamaio says.

Involvement in the experiment is a first step toward a greater disaster preparedness research and development role for RSESC’s UAS research, Hendrix says.

"This lays the foundation and framework for what we are going to do as we evolve."