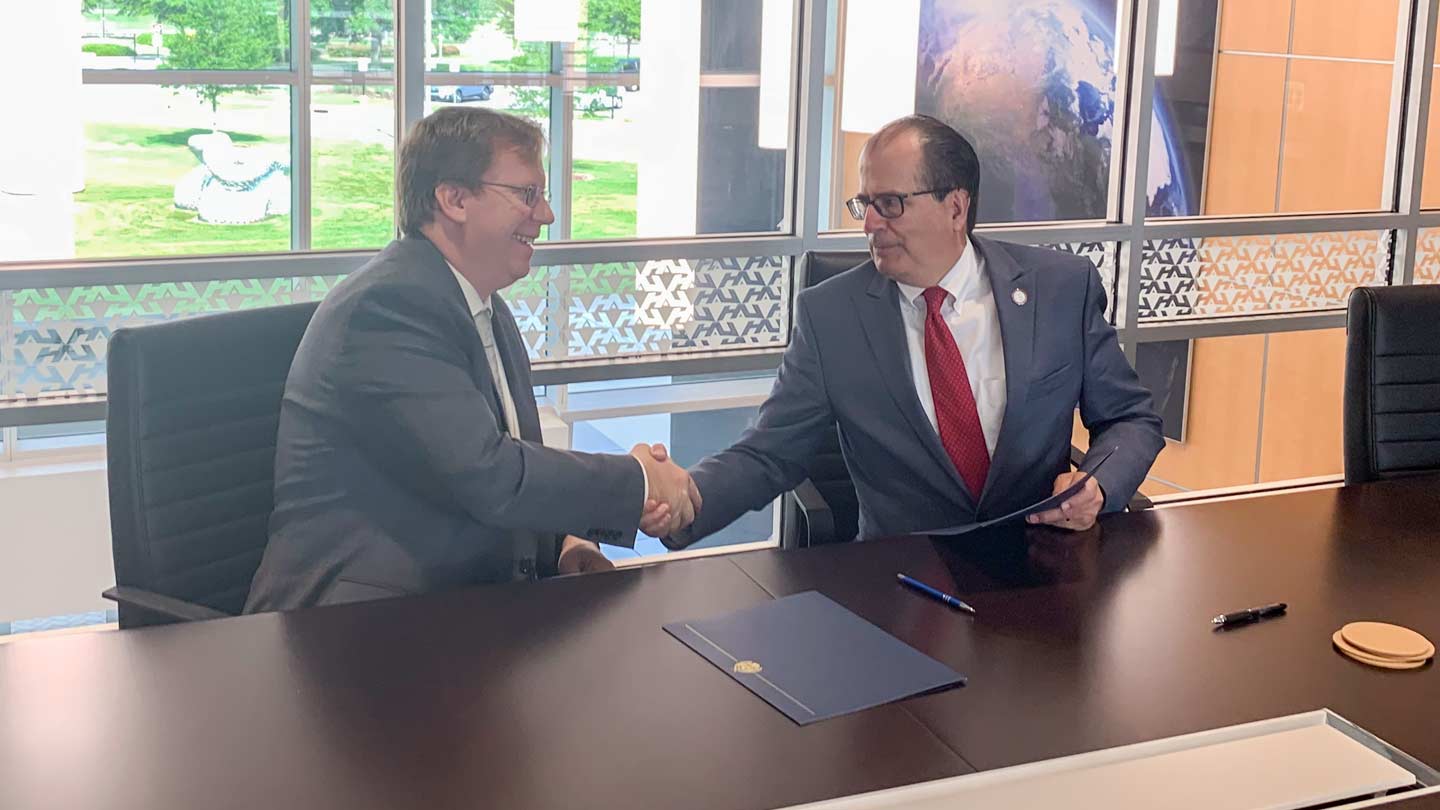 The University of Alabama in Huntsville (UAH) and New Mexico State University (NMSU) are collaborating in drone research.

The two universities signed a three-year memorandum of understanding (MOU) to work together on unmanned aircraft systems (UAS) for development policy, programs and use in research, education and other commercial areas.

"This partnership brings together two universities and two centers with long histories of research, development, testing and evaluation in aerospace and the UAS sector in particular," says Dr. Luis Cifuentes, NMSU vice president for research. "Our joint strengths will create unique research and education capacities."

"It seems clear that the use of drones will be ubiquitous in our society and that collaborative research teams such as the one being formed between NMSU and UAH will be critical to solve the emerging engineering and safety challenges that will inevitably emerge," says Dr. Lindquist. "We are excited to see how this partnership grows and develops."

"This agreement certainly is timely considering that the new NMSU president and the incoming UAH president are friends and both were at Kansas State University at the same time," Hendrix says.

"Growing UAS research and engineering and expanding the strength of UAS operations by combining the best from each institutions offers both institutions advancement opportunities in key areas," Hendrix says. "UAH’s and NMSU’s reputations with the Federal Aviation Administration (FAA) are stellar and both are active members of the FAA UAS Research Center of Excellence under the Alliance for System Safety of UAS through Research Excellence, or ASSURE."

Combining the engineering strength of UAH and the experienced FAA UAS Test Site at NMSU, the MOU strengthens the ability of the collective team to offer solutions to emerging UAS domain problems, Hendrix says.

Under the agreement, they will: