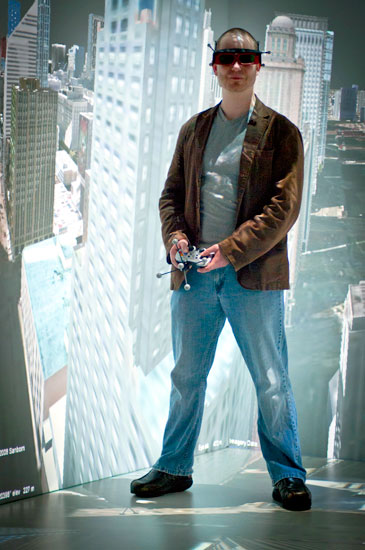 CAVE is the CAVE Automatic Virtual Environment, a three-sided virtual reality chamber that’s 10 by 10 by 10 feet of whatever your mind can imagine and a computer can plot, complete with directional aural effects courtesy of surround sound. CAVE makes it possible to go where it is otherwise impossible to go, view what has not yet been built, try out what is still conceptual and train for situations yet to arise, and to do it all in a virtual reality that is close to authentic. It’s not the Holodeck of “Star Trek” fame, but it’s a large step in that direction.

Funded by a $500,000 NASA grant and built as the UAHuntsville Center for Modeling, Simulation and Analysis expands the university's new masters and doctoral level Modeling and Simulation degree program, the CAVE is a powerful tool for Huntsville, a city that in recent years has seen its national reputation for modeling and simulation prowess skyrocket, attracting attention from both government and the private sector.  Now the goal is to partner with government agencies and businesses in the CAVE to apply its potential.

Located in the National Space Science and Technology Center on Sparkman Drive and powered by a towering mainframe that commands four cameras, large mirrors and rear projection screens, the CAVE is “the first piece of equipment in what is to become an immersive visualization lab for the university,” said Gregory Reed, a UAHuntsville Research Scientist/Engineer and graduate student in Modeling and Simulation. 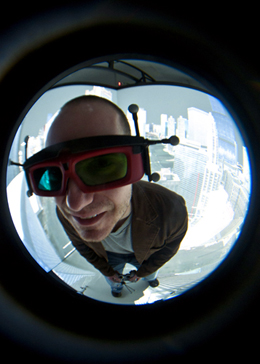 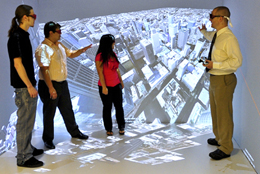