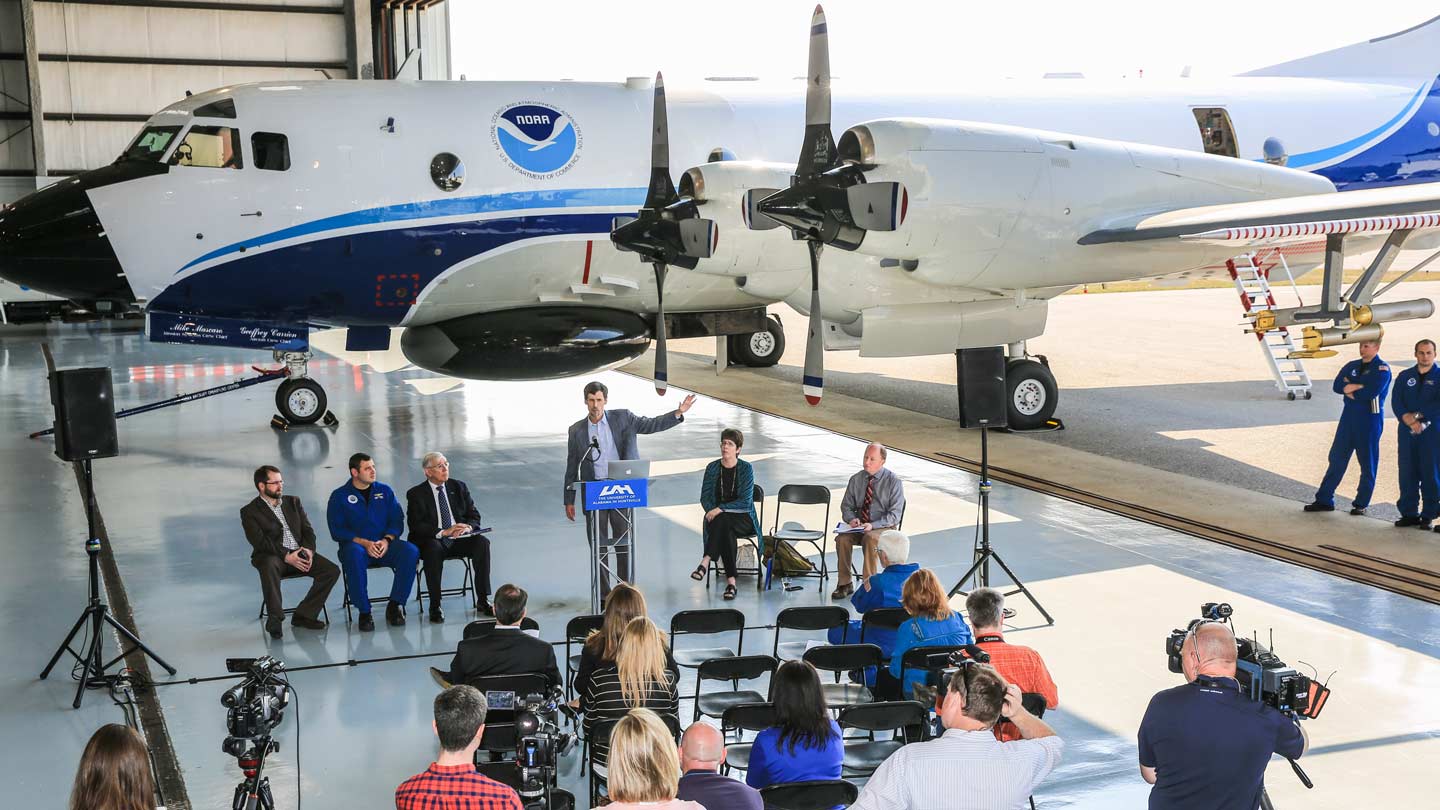 Erik Rasmussen, VORTEX-SE project manager and NOAA senior research scientist, speaks about the research at Signature Aviation with a NOAA Lockheed WP-3S Orion aircraft in the background. The WP-35, nicknamed Kermit, has been brought to Huntsville to support VORTEX-SE.

The mysteries of severe weather in the southeastern U.S. — and why tornadoes kill and injure more people here than any other part of the country — will get an in-depth probe this spring, as researchers from 11 research institutions around the country gather at UAH for the second year of a major research campaign.

Coordinated by the National Oceanic and Atmospheric Administration (NOAA) National Severe Storms Laboratory and hosted by UAH's Severe Weather Institute, Radar and Lightning Laboratories (SWIRLL), VORTEX Southeast (V-SE) uses mobile and portable research hardware, such as UAH's MAX Doppler radar, to get in front of strong storms to learn more about how these storms develop, how they interact with the local terrain and environment, and why some storms create tornadoes and others do not. 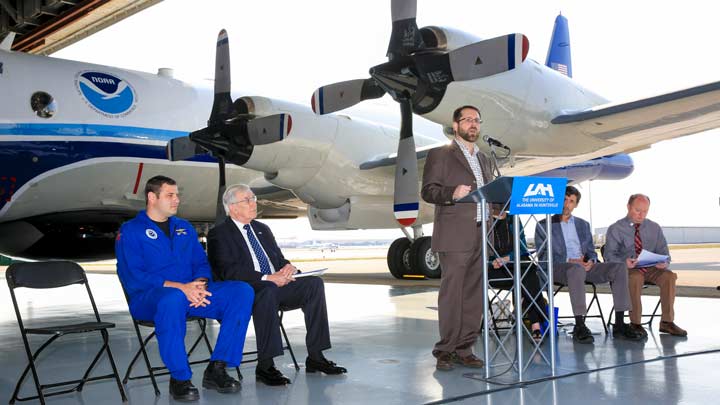 The campaign began in early March and continues into May, and spans all of North Alabama, as well as extending from Mississippi to Georgia and from about Cullman into southern Tennessee.

VORTEX Southeast – an acronym for Verification of the Origins of Rotations in Tornadoes Experiment, Southeast – is supported by special Congressional allocations of more than $10 million to NOAA in 2015 and 2016.

This year’s field project will gather data to address two main research topics: The first is how cold air flowing out of a storm influences the development of tornadoes. The second is the role of terrain in tornado formation, and how terrain influences wind, temperature and humidity in storm environments.

"One of our main foci for this particular spring campaign is going to be the terrain influence, especially looking at Sand Mountain," said Ryan Wade, from UAH's SWIRLL. "We're getting down and looking at the boundary layer, where the tornado lives."

The ultimate purpose of this research is to improve forecasts and warnings for the public.

While scientists and students from 11 institutions will participate in the field campaign, an additional nine are involved in data analysis and modeling. 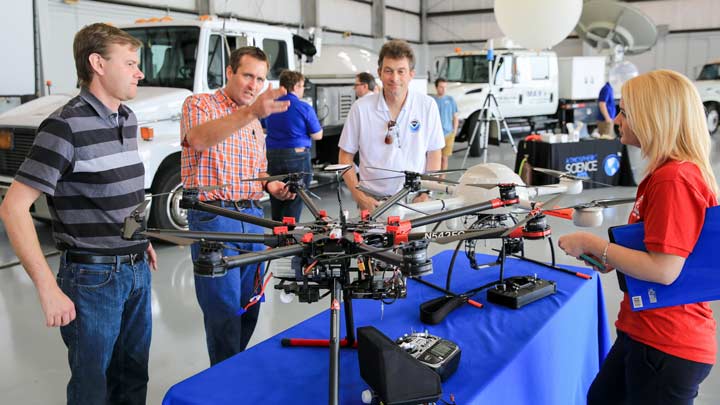 In addition to support by the NOAA Lockheed WP-3S Orion aircraft, VORTEX-SE will be supported by a variety of ground equipment and drones.

The number of killer tornadoes in the southeastern U.S. is disproportionately large compared to the overall number of tornadoes across the country. Researchers believe this is caused by several physical and sociological factors, including tornadoes at night, and in rugged terrain, as well as tornadoes occurring before the perceived peak of "tornado season." Other variables that increase the threat include the lack of visibility, inadequate shelter and greater population density.

In addition to studying storms and how they evolve, V-SE also includes social scientists studying how people in this region get information about severe weather and how they respond to that data to protect themselves and their property.