Undergraduate students get chance to work with heliophysics scientists 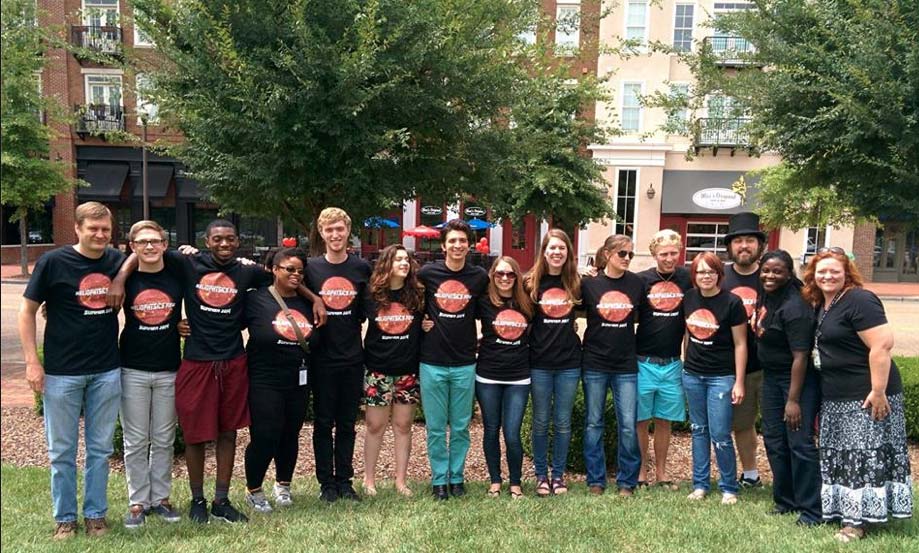 Students from the Heliophysics Research Experience for Undergraduates are flanked by Dr. Jacob Heerikhuisen of CSPAR on the left and by coordinator Samaiyah Farid from CSPAR and Dr. Amy Winebarger of MSFC on the right.
UAH

HUNTSVILLE, Ala. (August 4, 2014) - Twelve undergraduate students - six females and six males - completed 10 weeks at The University of Alabama in Huntsville (UAH) working with scientists from either NASA's Marshall Space Flight Center (MSFC) or the Center for Space Plasma and Aeronomic Research (CSPAR) on research projects related to various topics in heliophysics.

Research projects ranged from testing the next generation of solar instruments to using Voyager data to understand the structure of the heliosphere. Each student presented a poster on his or her work during the last week of the program, and each has submitted an abstract to present a version of the poster at the American Geophysical Union Fall Meeting in December.

Students were housed in dorms on campus, shared office space in the UAH's Cramer Hall and participated in various group activities including caving and an astrophotography workshop.

More information can be found at http://www.uah.edu/cspar/research/reu.