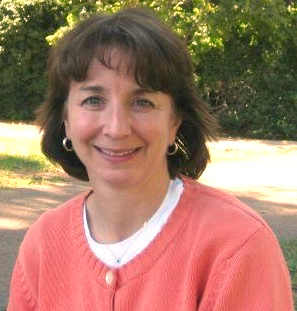 HUNTSVILLE, Ala. — We all know about preparations typically made ahead of time for disasters – filling our gas tanks, stocking up on batteries and food, retrieving our weather radios. But what about the psychology behind our decision-making when a disaster actually strikes?

That’s what UAH psychology professor Dr. Marita O’Brien wanted to find out after riding out the April 27, 2011 tornado outbreak in the basement of Morton Hall on the campus of The University of Alabama in Huntsville. There, she hunkered in the dark along with students from a nearby residence hall who had come there for shelter.

O’Brien is assistant professor of psychology and the primary investigator of the Everyday Technologies Laboratory at UAH.

The purpose of the lab is to improve the safety and usability of technology people encounter every day by transferring psychological research to designers of technologies, transportation systems, health care providers, etc., for improved effectiveness and acceptance.

What O’Brien gleaned from her safe spot in the basement of Morton and in her neighborhood over the next few days inspired a study on hazardous weather preparation and coping with the aftermath of natural disasters.

Her findings, based on 159 survey responses from Madison County residents who remained home during the massive power outage, were presented to a national hazards conference in Boulder, Colo.

“I think probably what surprised me the most was there were some who had all their ducks in a row but the majority of people did not have everything prepared but they were able to respond by talking to other people and learning neighbor-to-neighbor.”

Some of the information-sharing crossed generational lines, like the older person whose operable corded telephone enlightened the younger person whose cordless unit didn’t work without electricity.

Or the younger person who showed an older person how texting was a good form of networking during the recovery.

“And there were kids who had never used radios before and didn’t know where the local radio station was. They had to get their parents to show them.”

O’Brien marveled at her own experience of having a home with a generator but no instructions on how to use it.

She was surprised at the amount of information sharing between neighbors on dealing with the electricity blackout such as using solar landscaping lights in the home, cooking with a grill, and heating water by the sun.

“I just started listening to the stories and I wondered what research says about that. The way we respond seems to be very adaptive.”

O’Brien hopes the study will guide others to take stock of their disaster preparedness including how they will apply it in different circumstances. She suggested “Groundhog Day” as an ideal time each year to review your disaster plan and identify where emergency essentials are.

She hopes disaster broadcasts will not always assume the audience has a visual of what they are describing. She also hopes warnings will adjust for social norms like stressing a danger that is atypical for that type of event. “I think you have to specifically address what people’s prior knowledge is. Like, I know we typically get the storms from the west. If the tornado is coming from another direction, it should be stressed this is an unusual tornado in the direction it is moving.”

Taking a hot shower or bath was the overwhelming first activity storm victims did when electricity was restored, followed by viewing TV, cleaning out the refrigerator or freezer, laundry and getting on the computer.

The key findings were that residents were prepared for a short-term outage and could get essential items to prolong habitation without electricity. Other than running water availability, the most critical functional need was light sources. Technologies such as the radio and cell phones were also viewed as critical for habitability. Other critical items and adapted skills pertained to cooking and food storage.

O’Brien’s study cited the following list of household preparedness functions that should be considered: