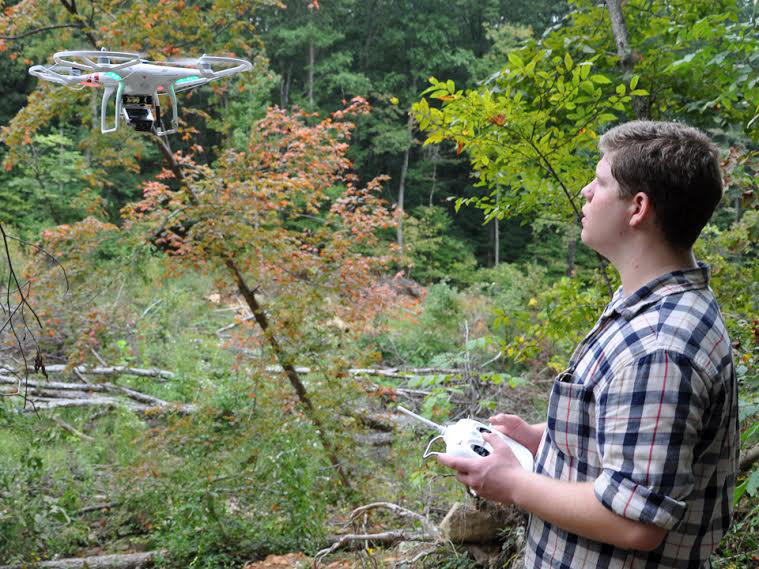 UAH graduate student Casey Calamaio demonstrates the capabilities of a small, radio-controlled helicopter to a group of scientists and dignitaries from countries in South and Central America.
Phillip Gentry / UAH 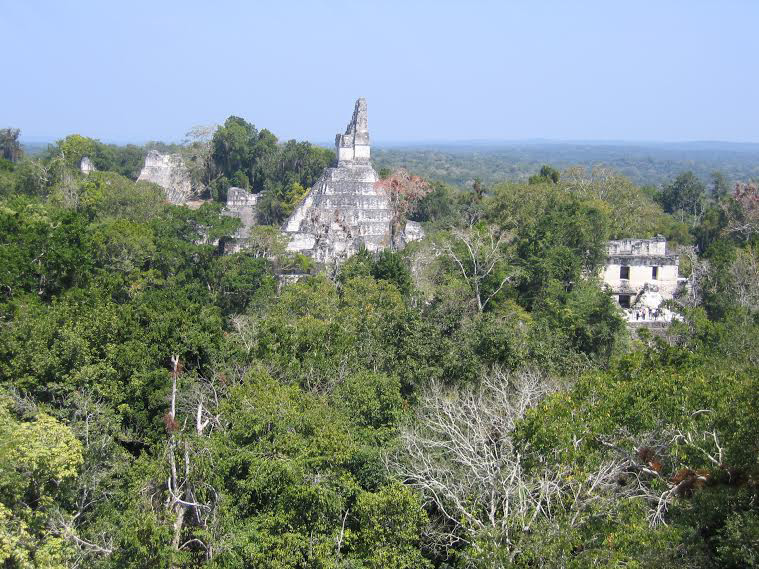 HUNTSVILLE, Ala. (Dec. 13, 2013) - Beneath the Guatemalan rainforests, hidden from mankind for more than a millennium, lie remains of the once vast kingdom of the Maya.

A pair of scientists from The University of Alabama in Huntsville will be in Guatemala next week to test whether a camera carried aloft by a tiny, battery-powered helicopter might one day help uncover lost Maya ruins.

Dr. Robert Griffin, an assistant professor of Earth system science at UAH, and graduate student Casey Calamaio will spend three days testing a multi-spectral camera during brief flights of a radio-controlled helicopter over Maya ruins at Tikal and Yaxha. They will use the images - similar to those from Landsat but in much higher resolution - to look for signs of the types of plant stress frequently seen in trees growing over archaeological sites in Central America.

"If we can fly over this well-known site, which has been extensively studied for many years, and verify that what we think we're seeing from the air matches what is actually on the ground, this might lead to a method for searching other areas that don't have this history of archaeology," said Griffin.

Trees growing over Maya ruins aren't as lush because the stone blocks and lime plaster used by Maya builders prevent those plants from getting the nutrients and moisture adjacent trees get from the thin Guatemalan soil. The multi-spectral camera can see differences in plant cover and, when an area of stressed tree canopy has sharp linear edges or unnatural geometric shapes - such as a perfect square or rectangle - that could indicate the location of a Maya town or building.

Supported by the Wildlife Conservation Society, Griffin and Calamaio will use the known boundaries of the Tikal and Yaxha ruins to test the camera's ability to pick out useful details in the rainforest canopy.