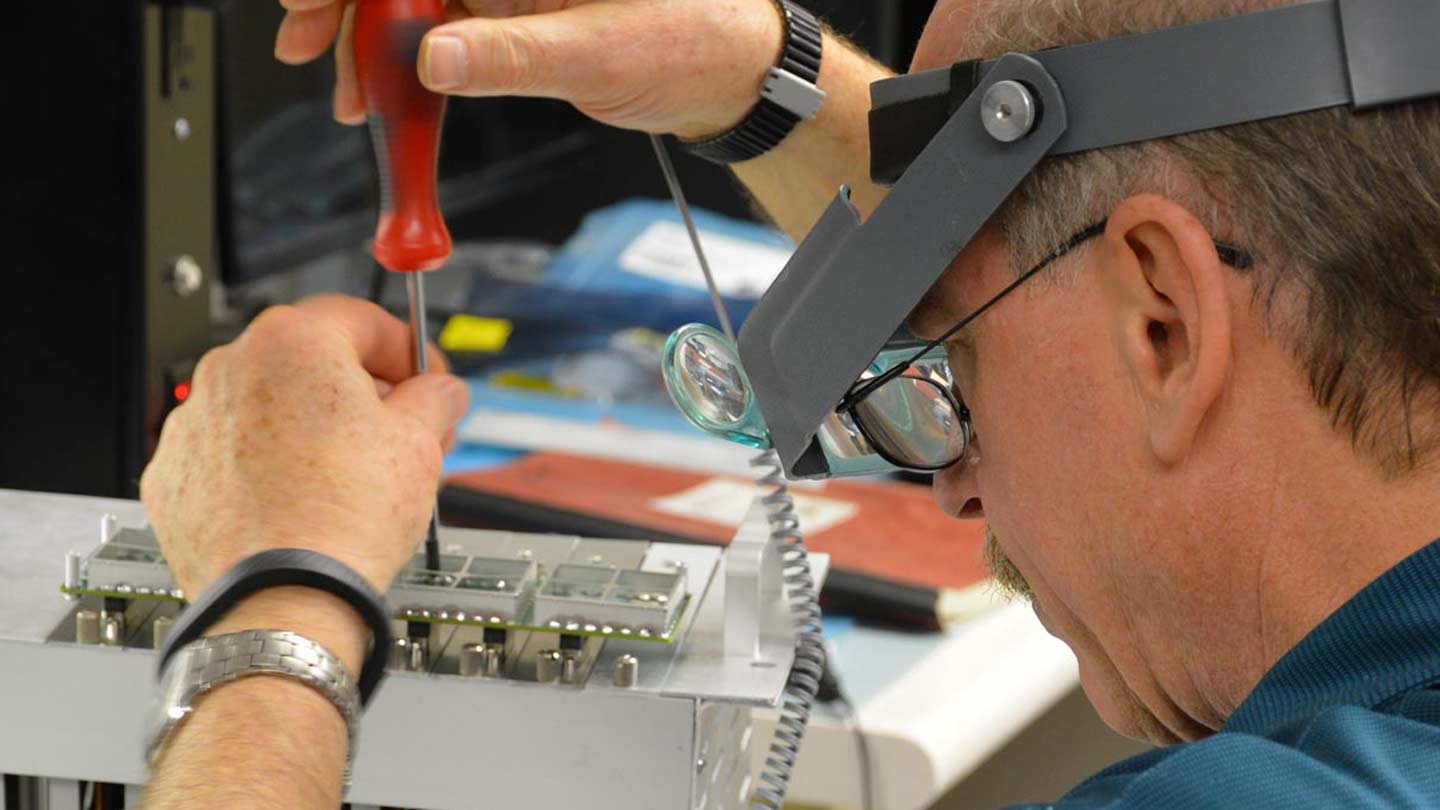 Mike Stewart, an electronics engineer in UAH’s Earth System Science Center, puts the finishing touches on a unit that will be used to test the next three Geostationary Lightning Mappers.

Two pieces of hardware designed to test the next three Geostationary Lightning Mappers (GLM) before they launch have been completed in UAH's Earth System Science Center and shipped to Lockheed Martin.

The hardware will replace a sometime troublesome unit that was used to test the GLM scheduled for launch aboard NOAA's GOES-R weather satellite in early November.

The two SerDes (Serializer, Deserializer) units create electronic signals that mimic the data that will be produced by GLM, explained Mike Stewart, an ESSC principal research engineer. "They can test the camera or they can simulate the camera. This means they can have more control during a test than when they're using the real instrument, which is somewhat cumbersome.

"This allows testing under normal lab conditions, and gives them the ability to test different parts of the GLM system independent of one another."

The GLM is an optical lightning detector built by Lockheed Martin Advanced Technology Center in Palo Alto, Calif. The array of 56 real-time event processors that are used by GLM to detect lightning were designed by the UAH ESSC lightning group engineering team. GLM will collect data about the frequency, location and extent of lightning strikes over the Americas and adjacent ocean regions.