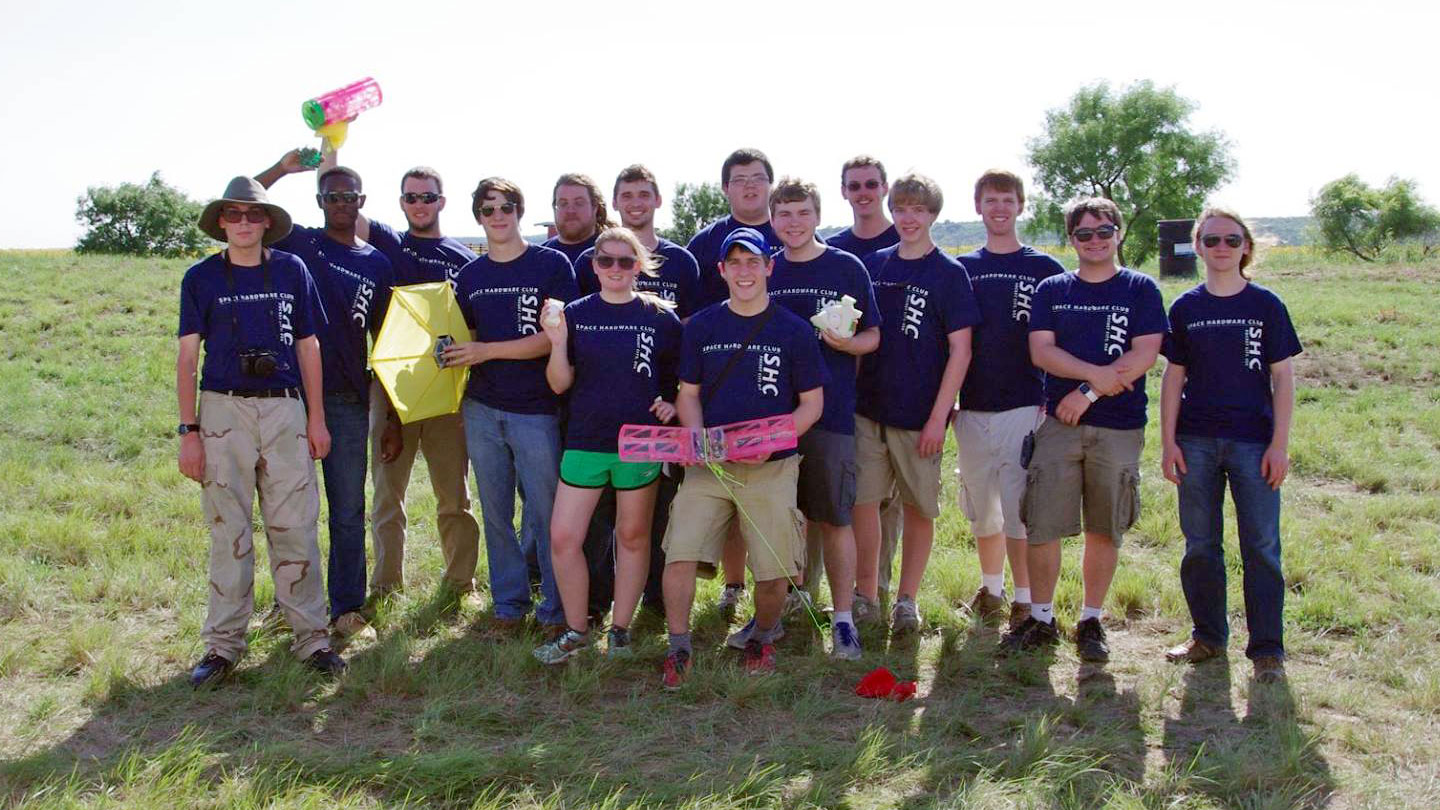 HUNTSVILLE, Ala. (June 16, 2014) – Two student CanSat teams from The University of Alabama in Huntsville (UAH) finished third and seventh last weekend at the 2014 International CanSat competition in Burkett, Texas.

The wins made UAH the leading team overall that was competing from the United States, besting 13 other U.S. college and university teams. UAH's Team Wind Charger won third place, while Team Blackout took seventh place. Over 30 international teams also participated in the competition.

The UAH CanSat teams are primarily composed of freshman and sophomore engineering and science students at the university as part of UAH's Space Hardware Club. The teams faced competition from senior design students at most other colleges and universities entered at CanSat.

"We started out as a group of freshman and sophomores and we beat out teams who were composed of seniors and grad students," said Evan Tingley, who led Team Wind Charger. "I feel very indebted to the older members of space hardware club for steering the team in the right direction and helping us fix problems when we made wrong decisions."

"Being first from the U.S. doesn't mean as much to me personally as being third in the world," Tingley said. "We got to compete against the whole world and got to show what UAH's undergraduates can do."

Tingley's team had to overcome some adversity to take third place.

"We had some major issues near the end which required senior Space Hardware Club members to help us out of the position we put ourselves in. Looking back, I know we could have avoided those issues," he said. "That said, I am extremely satisfied with the work ethic put in by my whole team since when we started in October."

The International CanSat Competition is sponsored by the American Astronautical Society (AAS), American Institute of Aeronautics and Astronautics (AIAA) and NASA. The objective of the CanSat Competition is to conceptualize, design, build, test and fly a small mock satellite. It's an annual student design-build-launch competition for space-related topics, giving students the satisfaction of being involved with the end-to-end life cycle of a complex engineering project.

Teams must be able to design and build a space-type system, following the approved competition guide, and then compete against each at the end of two semesters to determine the winners. Rockets are provided but teams are responsible for funding the construction of their CanSat and all travel and lodging expenses.

CanSat at UAH is funded and supported by the Alabama Space Grant Consortium, the UAH College of Engineering, Student Government Association and the Mechanical and Aerospace Engineering Department, and is advised by Dr. Francis Wessling.