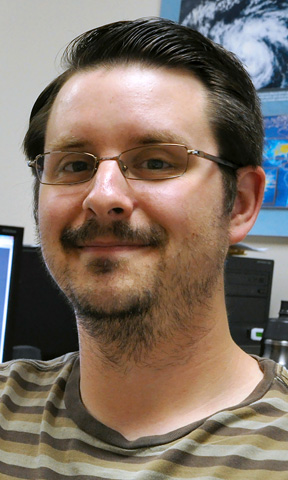 HUNTSVILLE, Ala. (Nov. 20, 2013) - Research into the violent storms that spawned killer tornadoes across Alabama and the southeastern U.S. in April 2011 continues to uncover insights into what might have caused so many powerful tornadoes, plus information about how we respond to weather news.

Scientists and graduate students from the University of Alabama in Huntsville (UAH) recently presented information about their research at the National Weather Association's annual meeting, this year in Charleston, SC. Among the findings presented were:

In at least four cases on April 27, 2011, when seemingly insignificant storm cells collided with larger, more powerful cells, either a tornado formed, an existing tornado intensified, or the original tornado dissipated and was rapidly replaced by another tornado, says Ryan Wade, a doctoral student in UAH's Atmospheric Science Department.

A similar pattern was seen in the March 2, 2012, tornado outbreak in Kentucky and Indiana, as well as in Moore, Okla., on May 20 of this year. "The Moore storm mergers are particularly interesting because of the extreme nature of the damage observed in the town, which has repeatedly been struck by strong to violent tornadoes," said Wade. 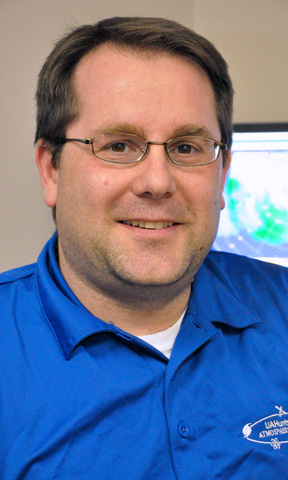 Wade said recent studies show "feeder" cells tend to enhance the surge of low-level air that flows away from the storm cell. This surge appears to amplify rotation in the updraft inside the supercell storm.

Learning more about these storm collisions and identifying the types of mergers might help weather forecasters anticipate conditions that lead to the rapid development or intensification of tornadoes, Wade said. "With 3-D radar visualization technology, we can watch these mergers as they develop in real time and determine what impact they may have on tornado formation.

"This work tells us that when we see these storm systems, we have to watch the entire system as it develops instead of focusing just on the largest storm cells."

Upward motion on the front side of a group of gravity waves moving across Alabama just after mid-day on April 27, 2011, apparently helped kick start a supercell storm that spun off the EF-4 tornado that hit Cullman, says Todd Murphy, a doctoral student in UAH's Atmospheric Science Department.

"Potentially, ducted gravity waves played a role in initiating supercells on April 27 and may have aided in tornado formation," he said. "These waves have areas of vertical spin, or vorticity, which is one of many things that are important to tornadoes and super cells."

The duct in this case was a stable layer of cooler air near the ground with unstable air above it. The stable air gave gravity waves a medium to move through.

"The question we have to answer," said Murphy, "is how much did that matter on a day when environmental conditions were already off the charts for tornadoes?"

Using instruments carried aloft by weather balloons, the National Weather Service could identify conditions favorable to atmospheric ducts twice a day, Murphy said. "If the environment supports waves, you could start looking for them before they start interacting with storm systems."

The real value of this research, however, will be if UAH scientists can study enough cases of gravity wave interactions with storms to both make forecasters aware of gravity waves and give those forecasters enough confidence to issue warnings based on approaching wave-storm collisions. 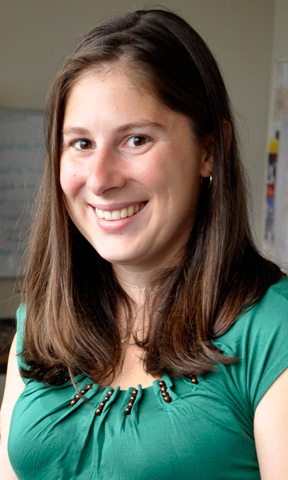 A survey of people in Alabama and Tennessee found that while they live in an area where tornado activity is frequent, more than half of the people surveyed have neither a storm shelter nor a designated safe area in their homes.

"We interviewed members of the public and weather 'experts' - EMA officials, forecasters at the National Weather Service, TV meteorologists and radio announcers - to determine what kinds of inconsistencies exist between what people know and what experts think the public would know," said Elise Schultz, a research associate in UAH's Earth System Science Center.

Schultz presented preliminary results of a research project headed by Dr. Marita O'Brien in UAH's Department of Psychology. Part of their survey included a list of myths about tornadoes and safety procedures related to them. People were asked whether each statement was true or false, and their confidence in their answer. Some of the statements included: