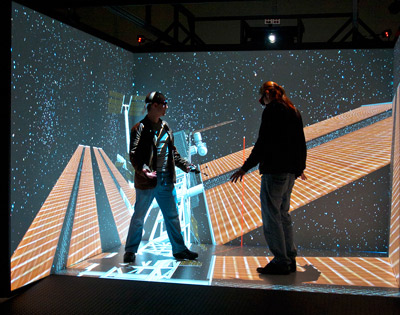 HUNTSVILLE, Ala. (Nov. 7, 2013) - The University of Alabama in Huntsville (UAH) ranked fifth nationally in federally financed aeronautical/astronautical engineering research and second in Alabama in federally funded research expenditures, according to the National Science Foundation's (NSF's) fiscal year 2011 data, which are the most recent available.

"The National Science Foundation research expenditure rankings clearly show the strengths of UAH in science and engineering disciplines," said UAH Vice President for Research Ray Vaughn. "This is a also a sign of a very healthy research program and a hard-working research faculty. I am continually amazed at the high level of research performance of a small university like UAH and very proud of our accomplishments."

UAH was 19th nationally in federally funded atmospheric sciences research, in the company of Georgia Tech (#16), Boston College (#17), the University of Central Florida (#18) and Princeton (#20).

In Alabama, UAH's $75 million in federally financed R&D expenditures is second only to the University of Alabama at Birmingham, which reported $504 million.

UAH ranked first among Alabama universities in expenditures in the environmental sciences, including atmospheric science; math and computer sciences; and physical sciences.

The data are compiled from university responses to NSF's annual Higher Education R&D (HERD) survey. The FY11 HERD survey data can be found at http://www.nsf.gov/statistics/nsf13325/content.cfm?pub_id=4240&id=2.