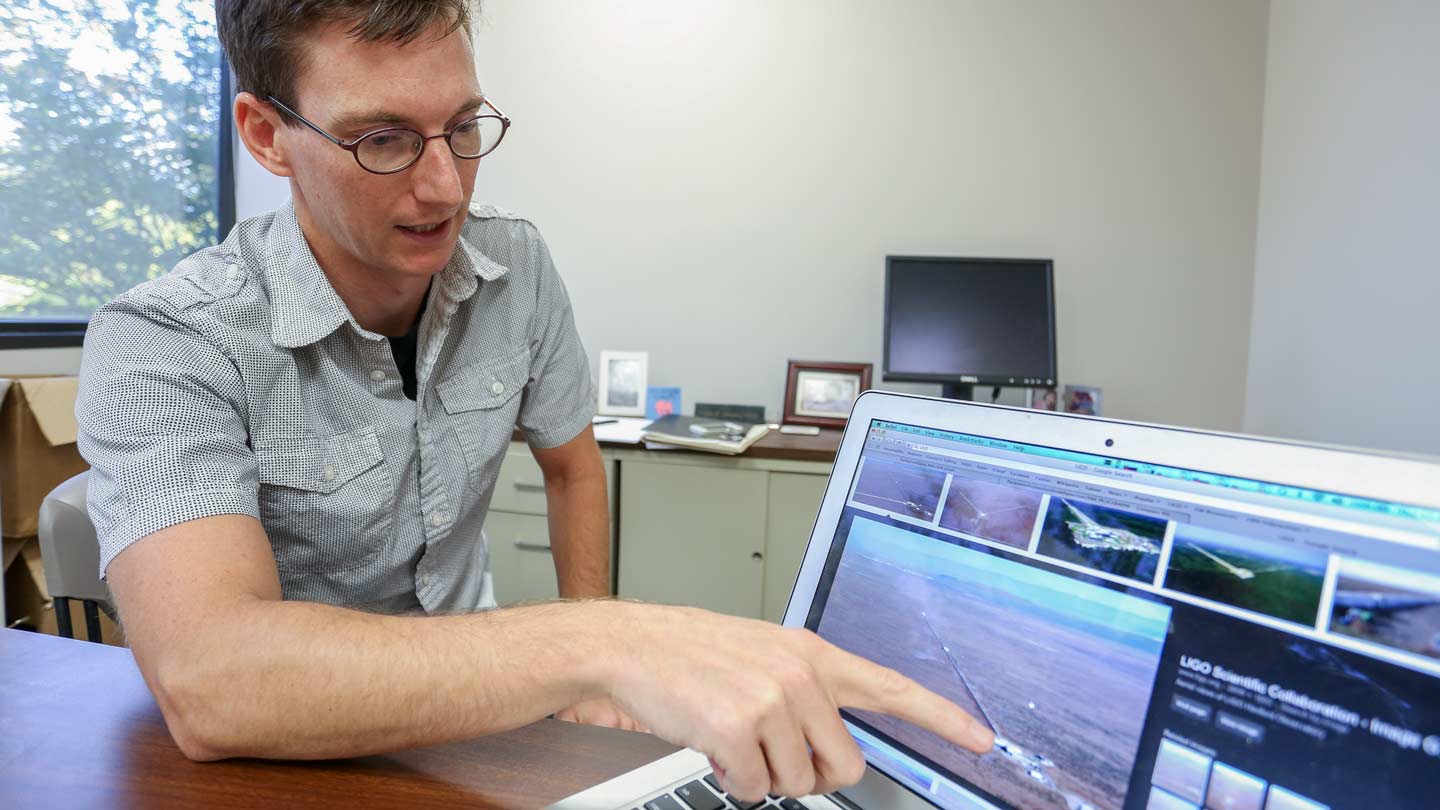 The University of Alabama in Huntsville (UAH) is now part of potentially groundbreaking experiments to detect and discover gravitational waves, a detection that could alter our physical understanding of the universe.

UAH scientists are heralding the university's acceptance into the LIGO Scientific Collaboration (LSC) as a grand opportunity. LIGO is the Laser Interferometer Gravitational-Wave Observatory, which operates in tandem two extremely sensitive main science observatories in the United States, one in Hanford, Wash., and the other in Livingston, La.

"This is a brand new field in astrophysics," says Dr. Tyson Littenberg, a research scientist at UAH's Center for Space Plasma and Aeronautic Research (CSPAR) who has been involved in LIGO-related research since 2007 and applied on behalf of UAH for membership.

"We are literally inventing a new field of science with connections in fundamental physics, astrophysics and astronomy," Dr. Littenberg says. "We largely know what to do with telescope images, but gravitational wave observations are a brand new frontier. The question of how to use this new tool to learn about the cosmos is largely unanswered, and I find it irresistible."

Dr. Littenberg now looks forward as an LSC member to continuing development of sophisticated computer algorithms that comb through data and extract physical information from any future detection.

We are literally inventing a new field of science with connections in fundamental physics, astrophysics and astronomy.

Predicted by Einstein as a consequence of the General Theory of Relativity, gravitational waves are ripples in space-time caused by moving masses. Think of it as a minuscule change in the gravitational field that propagates through the universe at the speed of light, Dr. Littenberg says. Any accelerating mass makes gravitational waves, but because they are incredibly weak, it takes a lot of mass moving very fast to make detectable signals.

"As part of the LIGO Collaboration, we are searching for the gravitational wave signals of black holes and neutron stars - objects with the mass of the sun but packed into a star that could easily fit inside Huntsville city limits - that are colliding into one another at nearly the speed of light," he says.

The first detection of gravitational waves will be a monumental scientific achievement, Dr. Littenberg says.

"By joining the LSC, UAH is now on the front lines of the global effort to discover gravitational waves. I applied for membership on behalf of UAH in early August and was pleased to see that our application sailed through their selection process and was unanimously approved."

"To be part of the consortium that makes this fundamental discovery places UAH at the forefront of modern experimental physics, broadening and adding another major element to our Department of Space Science and CSPAR capabilities," says Dr. Gary Zank, chair of the department and CSPAR director. "For the first time, it demonstrates concretely that UAH plays a national and international role in the physics of general relativity. Besides providing international stature and capabilities for our research scientists, general relativity and the associated space sciences are enormously attractive to potential students, and the Department of Space Science and CSPAR can present itself as a major player in this area."

Such mergers of binary neutron stars should occur often enough and close enough to be detected by LIGO within the next few years, according to Dr. Briggs.

"We also think that these mergers are the origin of short gamma-ray bursts (GRBs)," Dr. Briggs says. "Fermi GBM is the instrument that detects the most short GRBs. The GBM team will contribute the gamma-ray observations, so that we will have two different views of the merger. It's like both seeing and hearing lightning: flash and thunder."

By comparing the two observations scientists can deduce more about the merging neutron stars.

The two LIGO observatories in the U.S. are identical 4-kilometer long L-shaped interferometers that use laser light to compare the distance of each arm of the L. On Sept. 18, they began collecting data again for the first time since 2010, with the most sensitive detectors ever. 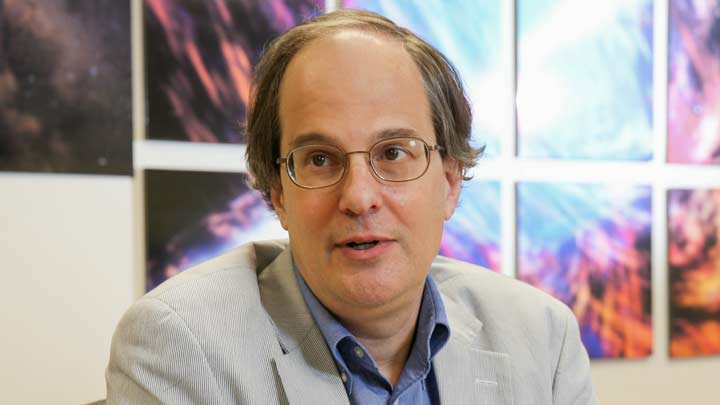 The observatories operate in tandem because the signal they are trying to measure is so small it is impossible to distinguish from environmental noise created by airplanes, trucks, earthquakes, etc. Two identical detectors separated by thousands of miles that receive the same signal at the same time provide confidence it is truly astrophysical in origin. Future network detectors added will increase confidence.

"Gravitational waves will impart a tiny change in the size of the two 'arms' - less than the width of a proton - in a predictable way," says Dr. Littenberg. "By carefully measuring relative changes in distance of the 'arms' of the interferometer, we can tell that gravitational waves are passing by."

In Germany, the LIGO GEO600 facility is a 600-meter interferometer largely used as a platform to test and develop new technologies. LIGO also partners with Virgo, a 3-kilometer facility in Italy that is undergoing upgrades and expected to rejoin the network in 2016.

"The LIGO collaboration is a collection of academic and research institutions," says Dr. Littenberg. "LIGO data is not made public immediately, so to continue with my research and to participate in the imminent discovery of gravitational waves, I needed to bring UAH into the collaboration by starting a new LIGO group here in Huntsville."

LIGO will put the detailed predictions in Einstein's theory to the test in a regime which will never be accessible to laboratory experiments, says Dr. Littenberg.

"Almost everything we know about the universe has come to us from light. Light is emitted by microscopic processes in atoms. Gravitational waves are emitted by the bulk motion of matter," he says. "Gravitational wave detectors provide us with a new 'sense' for learning about the cosmos. For all of human history, astronomy has been like watching the news on mute. We can learn about what is going on by watching the pictures, but to really truly understand the story we want to turn on the audio. Gravitational waves will add to the story of the universe in a brand new way."

"These are completely complimentary ways of learning about the most extreme events in the cosmos," Dr. Littenberg says, "and there are bound to be surprises in store."