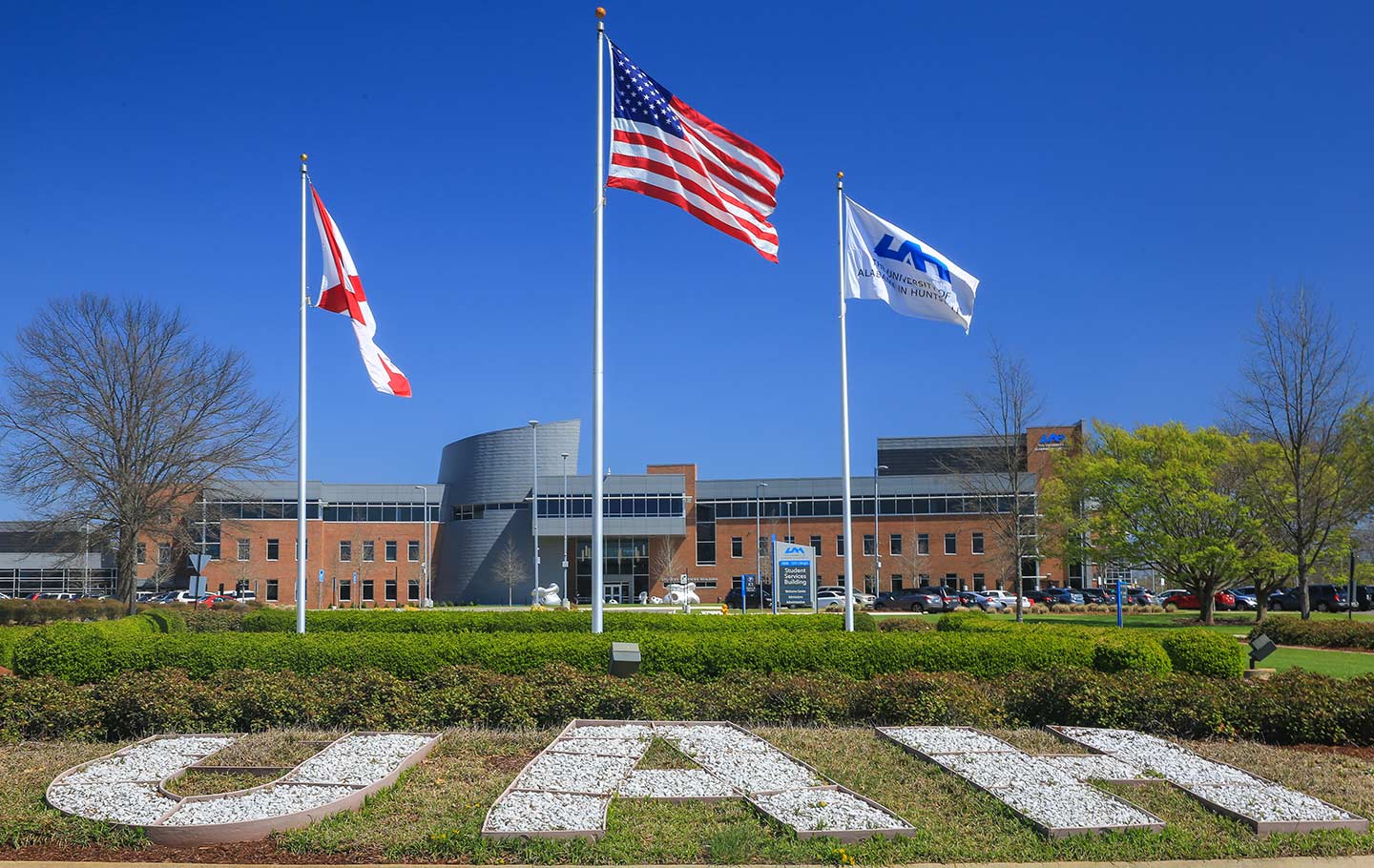 The University of Alabama in Huntsville has been chosen by the Defense Security Service (DSS) to receive the 2018 James S. Cogswell Outstanding Industrial Security Achievement Award.

Nationwide, only 39 organizations were selected for the 2018 award from a population of approximately 13,300 cleared facilities that are subject to recurring assessment.

UAH is the only institution of higher learning in the nation to be chosen by the DSS for the 2018 award.

“This recognition from one of the nation’s leading agencies providing oversight for America’s security operations is quite an accomplishment for UAH and our team of security professionals,” said UAH President Robert Altenkirch. “This award is indicative of the investment and dedication of a lot of individuals on our campus and we’re pleased their efforts are being recognized.”

“The Cogswell award represents the best of the best and the winning security programs stand as models for others to emulate,” said UAH Security Administrator Denise Spiller. “The award is presented to organizations that have significantly contributed to industrial security, as well as national security.”

The award criterion focuses on principles of industrial security excellence. Factors include establishing and maintaining a security program that far exceeds the basic National Industrial Security Program requirements, and providing leadership to other cleared facilities in establishing best practices while maintaining the highest standards for security.

The Cogswell Award selection process is rigorous, according to Spiller.

A DSS industrial security representative may only nominate facilities that have at a minimum two consecutive superior industrial security review ratings, and which show a sustained degree of excellence and innovation in their overall security program management, implementation and oversight. The nomination is based on the overall facility security program, senior management support, security vulnerability assessments, security education and awareness, facility security officer and security staff level of experience. Once nominated the DSS field chief’s approval is required. It is then sent to DSS headquarters where 56 agencies review the nominations.

The Cogswell Award is given for outstanding achievement in matters related exclusively to a facility’s security program. DSS makes the final selections.

The award was established in 1966 in honor of the late Air Force Col. James S. Cogswell, the first chief of industrial security within the Department of Defense. Cogswell was responsible for developing the basic principles of the Industrial Security Program, which includes an emphasis on the partnership between industry and government to protect classified information. This partnership ultimately ensures the greatest protection for the U.S. warfighter and our nation’s classified information.

The Defense Security Service (DSS) strengthens national security at home and abroad through security oversight and education operations. DSS oversees the protection of U.S. and foreign classified information and technologies in the hands of cleared industry under the National Industrial Security Program by providing professional risk management services. As functional manager for the Department of Defense (DoD), DSS provides security education, training, certification, and professional development for DoD and for other U.S. Government personnel, contractor employees, and representatives of foreign governments.

The University of Alabama in Huntsville

The University of Alabama in Huntsville is a doctoral-granting, “high research activity” institution with more than 9,000 students. The campus is among U.S. News & World Report’s Tier 1 national universities. UAH is the anchor tenant in Cummings Research Park, the second largest research park in the United States.