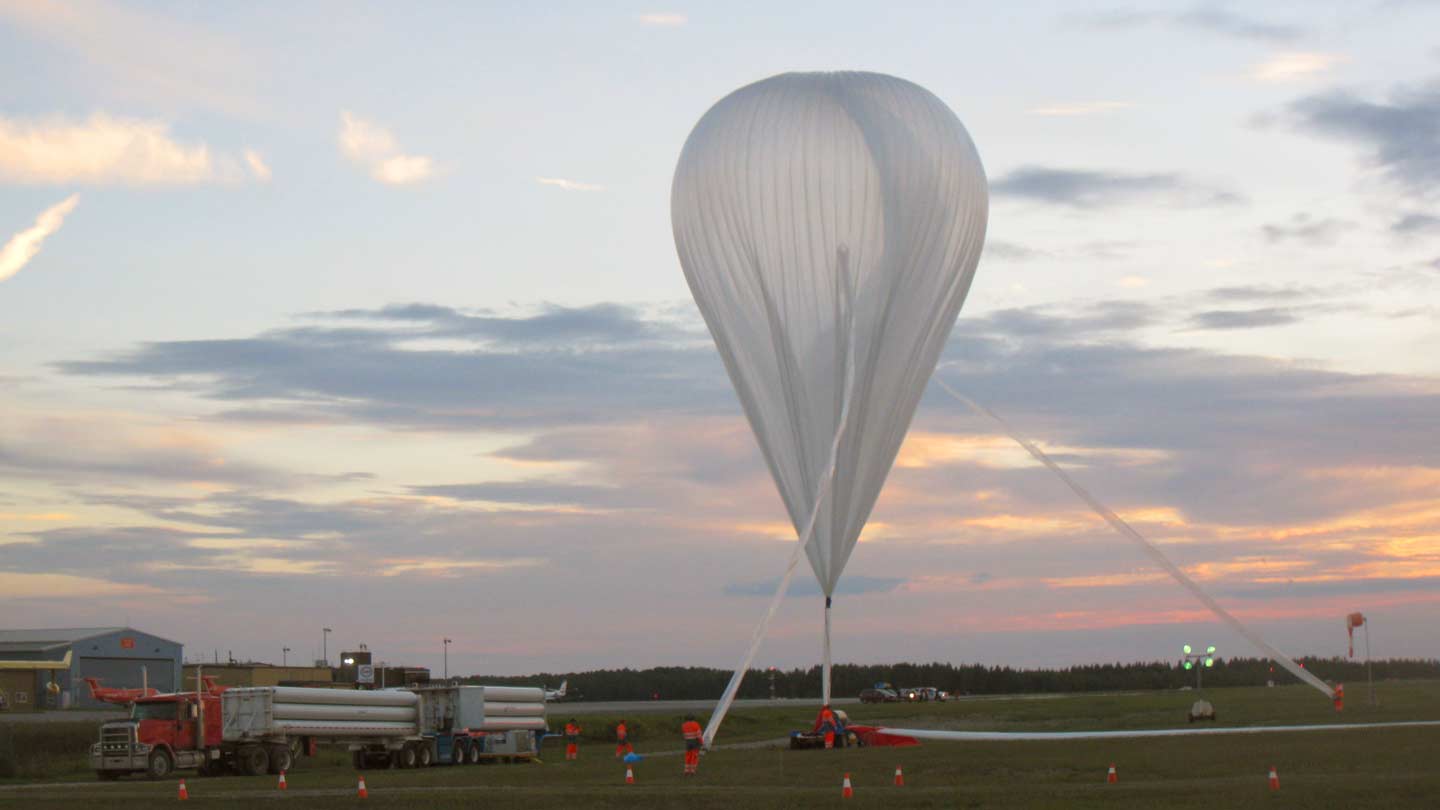 UAH Center for Space Plasma and Aeronomic Research (CSPAR) graduate student Matthew Rodencal, Douglass Huie of the Rotorcraft Systems Engineering and Simulation Center (RSESC) and Dr. James Adams of CSPAR were part of a team in Canada that successfully rendezvoused with a stratospheric balloon carrying the prototype of the Extreme Universe Space Observatory (EUSO) telescope on a moonless night over a remote area of the province of Ontario, Canada, late Sunday night.

EUSO is being developed for a flight on the International Space Station to record the luminous tracks left by extremely energetic cosmic rays when they strike the Earth's atmosphere.