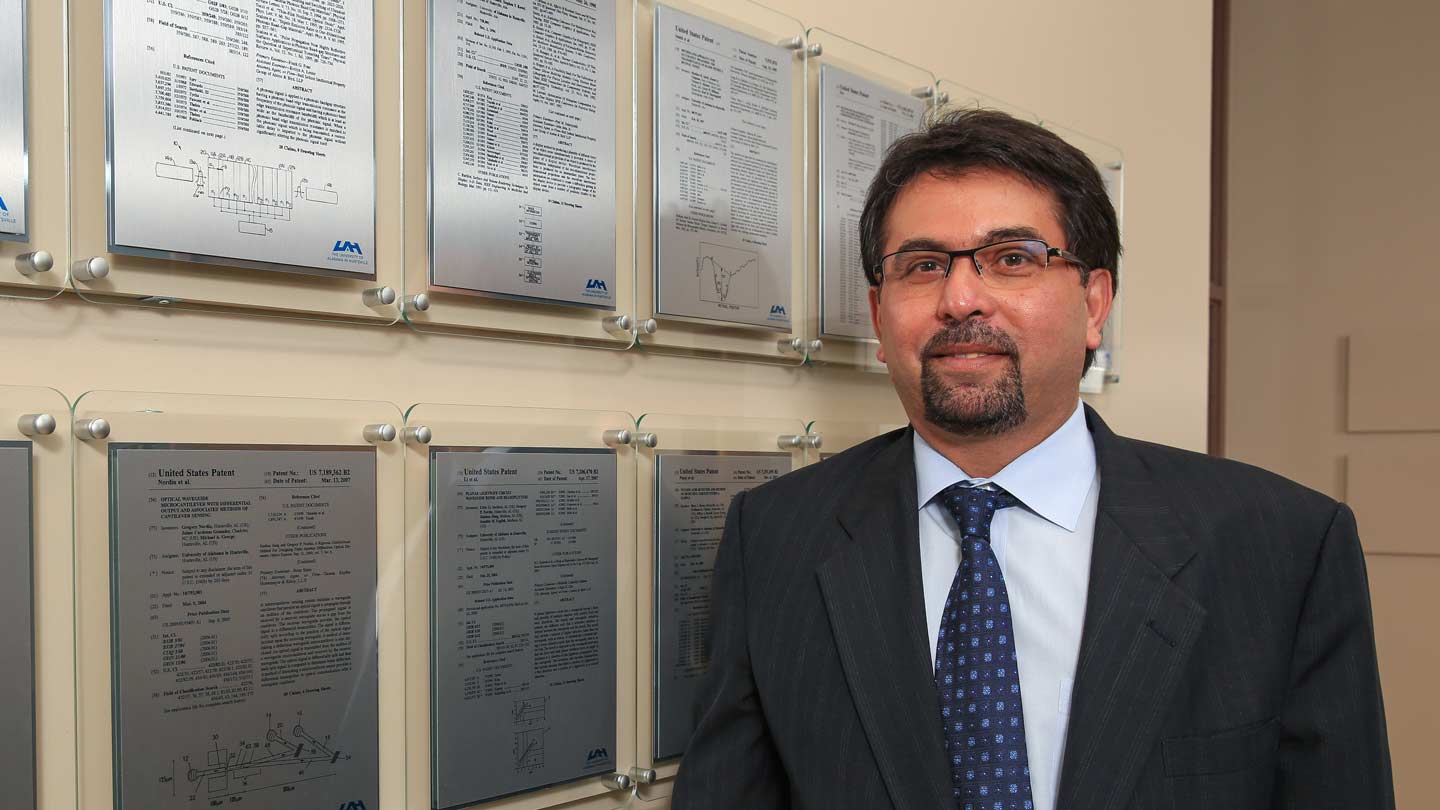 Kannan Grant is director of the Office of Technology Commercialization (OTC), which administers the Charger Innovation Fund.

Three commercially viable proposals that resulted from research at The University of Alabama in Huntsville (UAH) have been awarded over $43,000 from the Charger Innovation Fund (CIF).

The CIF is funded by the UAH Office of the Vice President for Research and Economic Development (OVPRED) and administered by the Office of Technology Commercialization (OTC).

“The overall goal of this investment is to enhance UAH’s role as an integral part of the economic engine in our community,” says Dr. Ray Vaughn, vice president for research and economic development.

This is the third time we have done this CIF, and the innovation message is becoming clearer.

Seven proposals were heard by a panel of judges from UAH and the business and legal community, who listened as applicants explained each innovation and then quizzed them about its marketability before making their selections.

“The process requires the applicants to think of what kind of problem or problems they are trying to solve with their product,” says Kannan Grant, director of the OTC. “This is the third time we have done this CIF, and the innovation message is becoming clearer. The proposals seem to be focused more on innovation and commercialization. For example, some of the winners this year brought with them working and demonstrable product prototypes.”