The Office of Technology Commercialization promotes and translates innovations at UAH 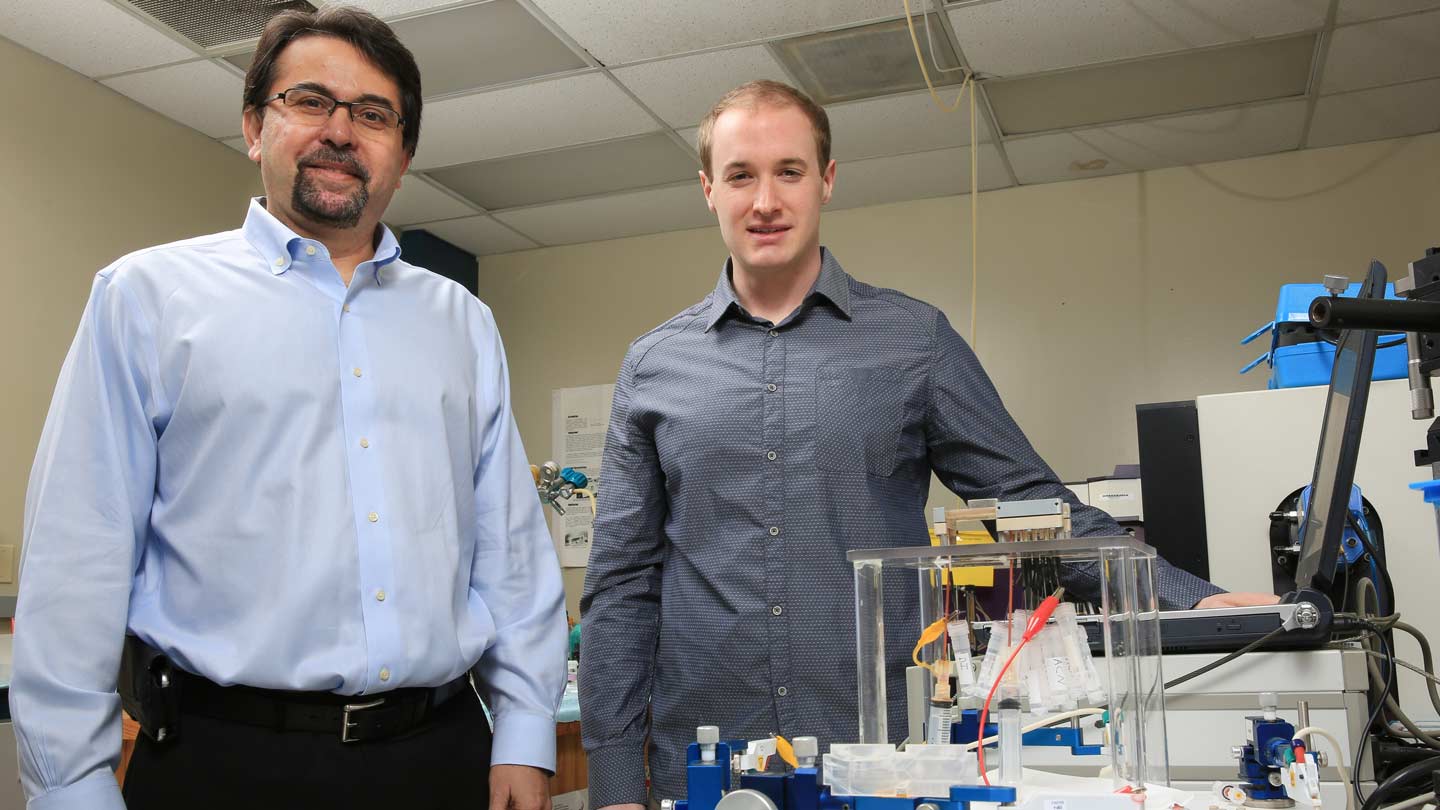 OTC director Kannan Grant and Dr. Randy Gaillard are pictured with a mini-oligonucleotide synthesizer that was co-developed by Gaillard while a graduate student at UAH.

Kannan Grant’s door in the UAH Office of Technology Commercialization (OTC) is always open. "We proactively promote and support a culture of learning and innovation at UAH by creating and capitalizing on commercial opportunities that benefit our constituents," says Grant, who has served as the OTC’s director since late 2007, "and I think we provide a service that is becoming more important to research-intensive academic institutions such as UAH."

The office, which acts as a liaison between university innovators and industry investors, saw a banner year in 2017. Grant credits much of that success to the time and effort the OTC has devoted to educating its constituents – the UAH faculty members, researchers, and graduate students who generate intellectual property – on how best to protect and commercialize their innovations. "We encourage people to contact us as soon as they think they’ve got something that’s copyrightable or patentable," says Grant. Their proactive approach has translated into a steady increase in invention disclosures over the years, from just 18 in fiscal year 2008 to 42 in FY 2017.

Over the past year, UAH’s OTC filed 42 invention disclosures and 27 patent applications, and issued 6 patents to UAH inventors.

For innovations that are in their infant stages, the OTC-managed Charger Innovation Fund (CIF) is available to assist pilot projects by providing financial support for the development of a proof of concept or prototype. "Typically, this is the most difficult money to get," says Grant, who describes a "valley of death," an area where traditional research funds end before investor dollars have been secured. "The CIF bridges that gap."

Proposals for CIF funds are evaluated by an advisory council consisting of UAH faculty, research staff, and members of the local business community. "We have outsiders with investment experience coming in and providing feedback to our constituents on how best to communicate the commercial aspects of a product in layman’s terms," says Grant, adding that, for his more scientifically-minded clients, "that’s a very valuable experience." In the few years it’s operated, the CIF has generated a lot of positive response in the UAH community. "It’s a great way for the university to show support for its researchers," says Grant.

Its approachability and overall client-centered focus has paid off for the OTC. Not only is the UAH community seeking its services more often, but increasingly businesses have independently approached the office as well. As it continues to build and strengthen its ties in the region, the OTC’s growth shows no sign of slowing down. "We’ve had a tremendous amount of support from the university and we’ve accomplished a lot in 10 years," Grant says. "We hope to continue this trend."