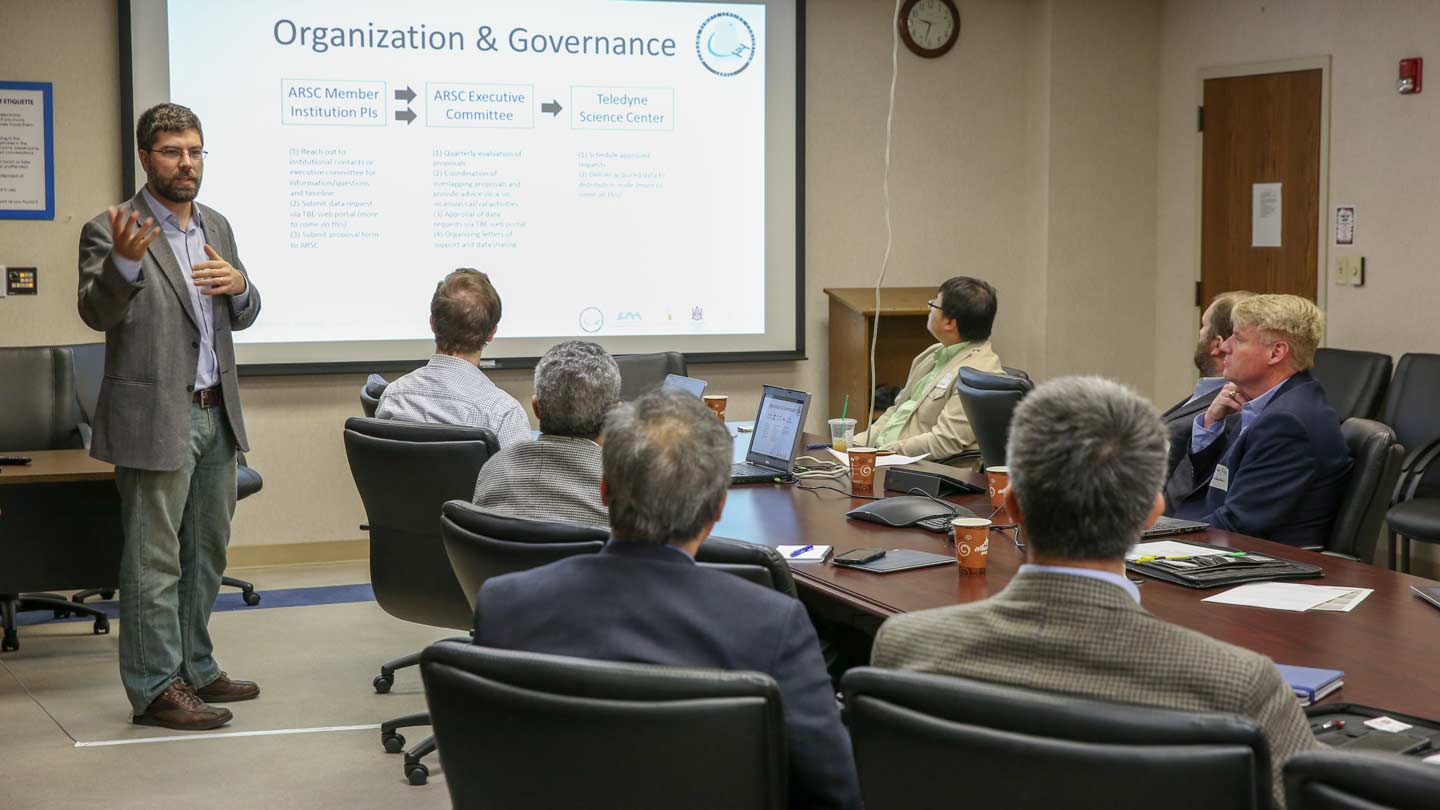 A new Alabama university consortium made possible through a donation by Teledyne Brown Engineering will provide state universities a unique opportunity to obtain imaging data from the International Space Station (ISS) for research.

The data will come from the DLR Earth Sensing Imaging Spectrometer (DESIS-30) hyperspectral imager that is scheduled to fly on a SpaceX rocket in 2017 to be installed on the ISS. The consortium will be able to task the system to acquire data for five years after installation of DESIS-30.

Through this agreement, Alabama universities will have unique educational and research access to this data.

"Through this agreement, Alabama universities will have unique educational and research access to this data," says ARSC director Dr. Robert Griffin, a UAH assistant professor of atmospheric science. And it's a lot of data. This amount of hyperspectral data is equivalent to more than three times the size of the state of Alabama, says Dr. Griffin.

Teledyne Brown engineered and built the Multi-User System for Earth Sensing (MUSES) platform that the data will be acquired on. It owns the platform, determines the pointing schedules and retains the data rights in cooperation with its partners. The firm has entered a memorandum of understanding with the ARSC and UAH for use of the data.

The DESIS-30 hyperspectral imager was constructed by a partnership between Teledyne Brown and DLR, the German Space agency. The hardware leaves Huntsville in the coming months to start its journey to the ISS.

ARSC will act as a clearinghouse for research proposals from university scientists and principal investigators (PIs).

"Researchers or PIs from the universities will apply to the consortium to get the data from Teledyne Brown," Dr. Griffin says. "They can get access to this free data, that they then can leverage to write proposals."

Those research proposals will in turn support the work of graduate and undergraduate student researchers through the individual PIs, he says. 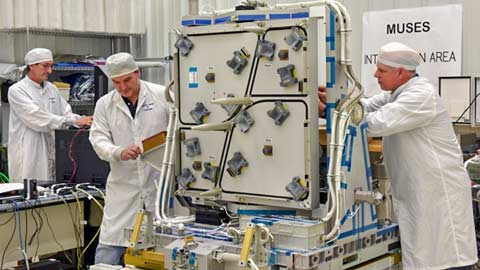 MUSES during testing at Teledyne Brown Engineering in Huntsville.

The first ARSC meeting in February attracted 18 PIs from UAH, AU and AAMU. The group met with Teledyne Brown program managers about role of the consortium and how scientists can apply for data and support.

"We also got to go into their clean room and look at the platform and get a tour of the hardware before it goes up," says Dr. Griffin.

The imagery's fine detail could be of critical use in targeting disaster recovery operations, Dr. Griffin says, since it can help teams map out soil vs. rubble and vegetation.

"Because of the ISS's particular orbit, this instrument is something that could in theory pass over the same location on Earth multiple times in course of several days instead of a typical satellite's elliptical orbit that might pass over just once in several weeks," he says.