Study of April 27, 2011, tornadoes affirms theories about the causes 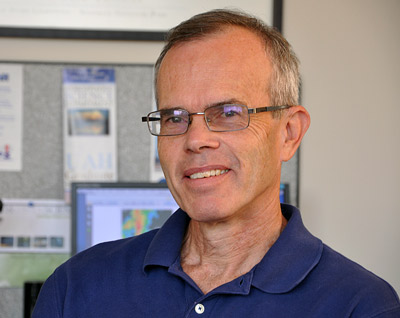 HUNTSVILLE, Ala. (Oct. 3, 2013) - The atmosphere in the southeastern U.S. was primed for disaster in late April 2011. Conditions were almost perfect for a massive outbreak of tornado spawning storm cells.

Over a four-day period - April 25 through April 28 - at least 356 tornadoes were spun out of a series of atmospheric disturbances that affected an area from northeastern Texas to New York; 199 of those tornadoes, including the deadliest and most powerful, hit Alabama and surrounding states on April 27, 2011, killing 361 people, leaving another 2,700 injured and causing an estimated $4 billion in damage.

A new study of that outbreak gives forecasters and scientists who study severe weather detailed meteorological data about what happened that day, at the same time apparently affirming some new theories about factors that might enhance tornado development.

"The indications are that gravity waves, topography and surface roughness each played at least some role that day in creating tornadoes or making them more powerful," said Dr. Kevin Knupp, director of the Severe Weather Institute - Radar and Lightning Laboratories (SWIRLL) at The University of Alabama in Huntsville (UAH).

The study has been accepted for publication in the Bulletin of the American Meteorological Society. The paper, "Meteorological Overview of the Devastating 27 April 2011 Tornado Outbreak," is also available online through the BAMS website.

By several measures - including fatalities and damage - the April 27 outbreak was the most significant tornado outbreak since thorough, systematic record keeping started in 1950.

While normal supercell storm systems for which National Weather Service tornado warnings are issued actually produce confirmed tornadoes less than one time in four, that day 90 percent of all super cell storms along that front produced tornadoes, Dr. Knupp said. One particularly large, rotating "mesovortex" embedded within a squall line that morning spun out 16 tornadoes during a short period of time over Cullman, Marshall and DeKalb counties in Alabama, "such that several were in progress at the same time."

That storm cell's development was consistent with theories developed by Dr. Knupp and his team relating to the effects of topography - the lay of the land - on powerful storms. The UAH team is convinced that tornadoes can be stretched and intensified or squeezed and slowed by slopes that fall or rise beneath them. Data collected on and after April 27, 2011, tends to support that theory, Dr. Knupp said.

"There were all kinds of things potentially going on," he said. Future research will use numerical models to create simulated tornadoes "and let it run over the mapped topography of that area to see if it duplicates what we observed April 27."

Dr. Knupp's team also observed atmospheric gravity waves interacting with storm cells shortly before tornadoes either were spotted or intensified. Because air is a fluid, a gravity wave in the atmosphere behaves like a wave in the water. They are caused by events that disrupt the atmosphere, such as strong wind that blows over a mountain and causes a sudden downdraft, or a sudden updraft or downdraft during a thunderstorm.

When these waves interact with storms, they can create or concentrate rotation or spin within the storm cell. The UAH theory is that this increase in spin can either contribute to the creation of tornadoes or can energize and intensify existing tornadoes.

Dr. Knupp also believes surface roughness - literally a measure of the roughness of the Earth's surface - contributed to the severity of the tornadoes on April 27.

"We think surface roughness plays in role in why tornadoes are larger here than in the smooth, flat Great Plains," Dr. Knupp said. "We need to do some computer modeling to fully explore that."

Surface roughness might contribute to tornado intensity a couple of ways, he said. In places where an area with a rough surface, such as a forest, is adjacent to something smooth, such as a lake or large field, wind blowing along the frontier between those surfaces could be hindered over the rough surface and accelerated over the smooth, creating rotation where the faster and slower air masses meet.

Even without that interface, the South's rough and rugged surface might play a role in intensifying tornadoes. The hypothesis is that the rough and uneven surface improves the low-level flow of air into a tornado, increasing both the available energy and the angular momentum.

The research was supported by a $150,000 grant from the National Science Foundation's Rapid Response Research program.

In their analysis of the storm, Dr. Knupp and his team used data from the National Weather Service NEXRAD radar at Hytop, between Huntsville and Scottsboro, a dual-polarimetric Doppler radar jointly operated at Huntsville International Airport by WHNT-TV and UAH, and UA's own mobile dual-polarimetric Doppler, which on April 27 was stationed near New Market, between the two stationary radars.