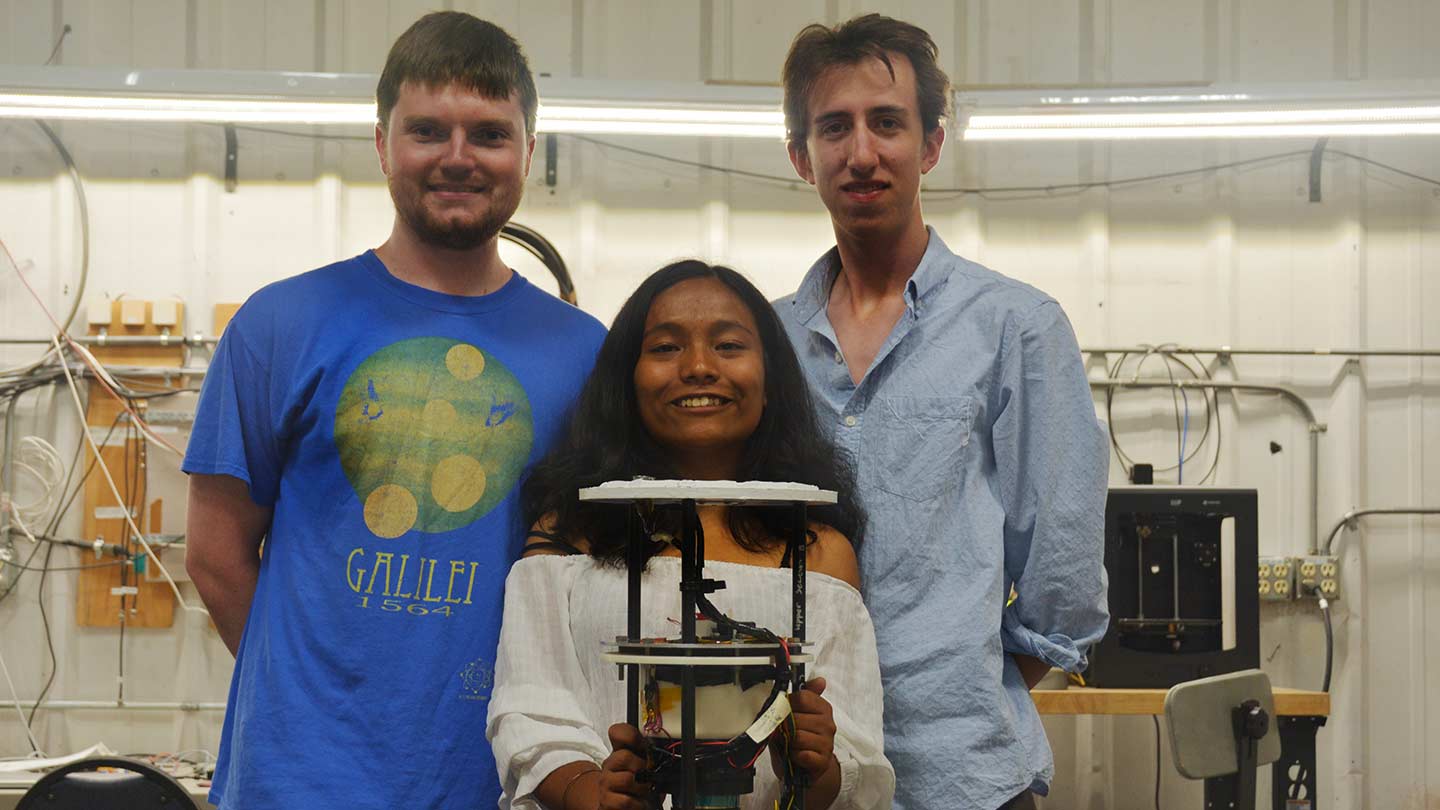 The Space Hardware Club (SHC) at The University of Alabama in Huntsville UAH) is in New Mexico preparing to test-fly a device it developed to protect NASA’s balloon-born X-ray telescopes from stray X-rays that can spoil their view.

A launch window is set for Aug. 13 and beyond at the Columbia Scientific Ballooning Facility (CSBF) in Ft. Sumner, N.M.

The Active Luminescence For X-ray Emission Detection (ALFRED) system is an anti-coincidence shield designed to reduce the background in X-ray detectors by recording radiation that interacts in both a shield and detector and vetoing those coincidence events. The SHC project is fully funded by $50,000 from NASA’s Undergraduate Student Instrument Project (USIP).

“Our experiment is testing a new type of material and configuration that could be used in future balloon or space missions,” says Jared Fuchs, a senior physics major and the system engineer. “During flight, the instrument will gather the energy of X-rays interacting in our detector with the active shield on and off to compare how the resulting histograms differ, which indicates how effective our shield is.”

The SHC payload is hoisted on a zero-pressure balloon. The club is advised by Dr. Francis Wessling, professor of mechanical and aerospace engineering, and has as its NASA mentors Dr. Jessica Gaskin and Dr. Wayne Baumgartner of Marshal Space Flight Center (MSFC) and the National Space Science Technology Center (NSSTC).

Besides Fuchs, team members are:

“Our scintillation material is actual a new type called CLYC, which is a cesium lithium yttrium cerium combination,” Fuchs says. “It is acting as our active shielding material and has very little flight heritage, so we will be seeing how this material and the geometric configuration works as a shielding system in the high altitude environment.”

“Our main delay last year was from the weather issues in Ft. Sumner, and because we were manifest as last on the flight list, the delay ended up bumping us off and into the next year,” he says. “This time around we are first up, alongside other USIP payloads, as hitchhikers on the 60 million cubic-foot test flight.”

Being delayed was a big setback, but it allowed the SHC to fly a better payload.

“Through all of it, the team itself has remained intact, and most all of the original members are in Ft. Sumner working on the project,” Fuchs says. “This is one of the longest projects the club has undertaken and it’s been great to see the team stick together through the delays and setbacks we have faced.”

Many long nights were spent en route to a unique opportunity to fly with a NASA ballooning campaign, he says.

“It’s great to see all of our hard work come to fruition. I personally was involved with this project as a freshman when we first proposed to NASA, and getting to see our team build this payload and be out here at CSBF preparing to fly is a highlight of my undergraduate experience.”