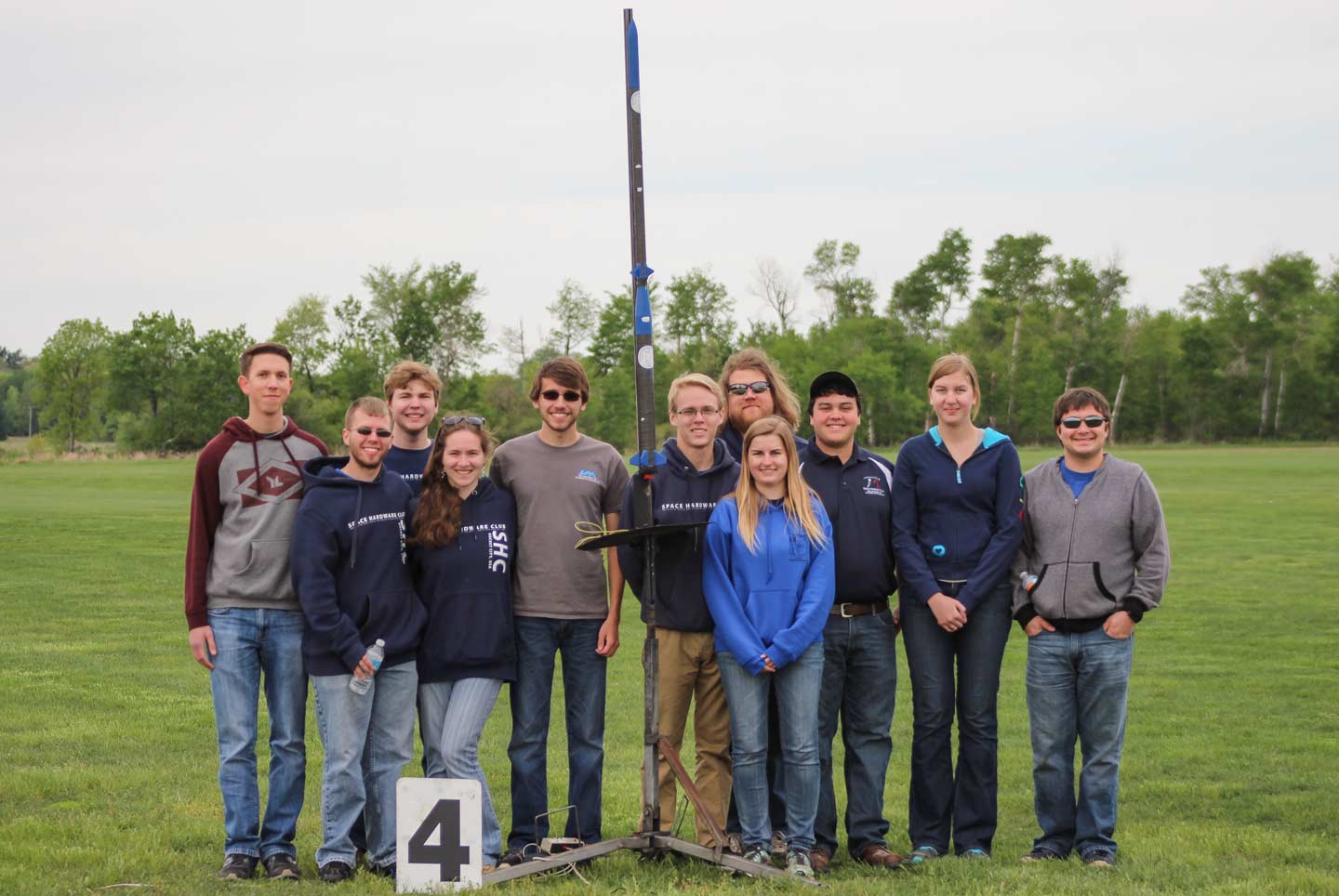 In a separate competition, a rocket team from the SHC also picked up a second place finish.

"Considering the 67 teams that registered for the competition, and the 42 teams that flew this past Saturday, this is a wonderful achievement for both SHC and UAH," says SHC President Jordan Teats.

CanSat teams and supporting members are:

After each team verified its payload with competition judges, each successfully flew and recovered its respective payloads on June 13. During their flights, they successfully transmitted telemetry, protected their egg payloads and completed many of the mission objectives outlined in the competition.

After deployment from the rocket, Team GroundPounder successfully released its CanSat payload shortly after the rocket's apogee. During descent, the team was able to collect and stabilize the flight video from its on-board camera using embedded feedback control techniques, a unique objective of this year's competition. 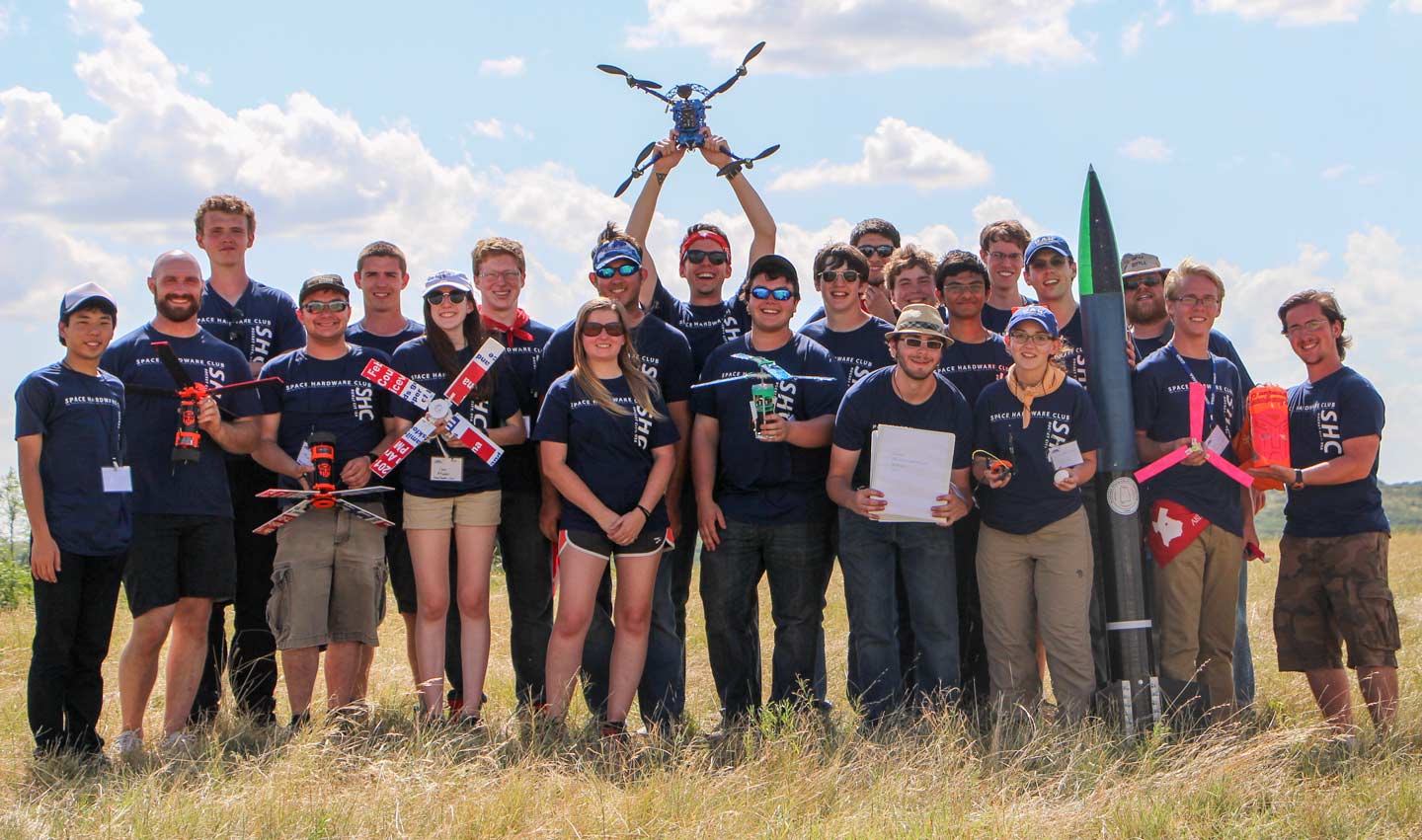 "This collected video and additional stabilization was completed by very few teams," says Teats. "To the surprise of the team and contrary to previous testing, this stabilization also occurred with the payload facing towards the sky instead of the ground - a very rare occurrence during CanSat missions, only achieved by exceptionally stable payload designs."

In the Midwest High Power Rocketry Competition hosted by the Minnesota Space Grant Consortium in North Branch, Minn., on May 19-20, the SHC's Team Air Mail shot to second place. Led by aerospace engineering freshman Davis Hunter, the team recently received the competition results, after it had submitted its post-flight report.