Social media not just for teens

How social media and UAH are changing collaborative research 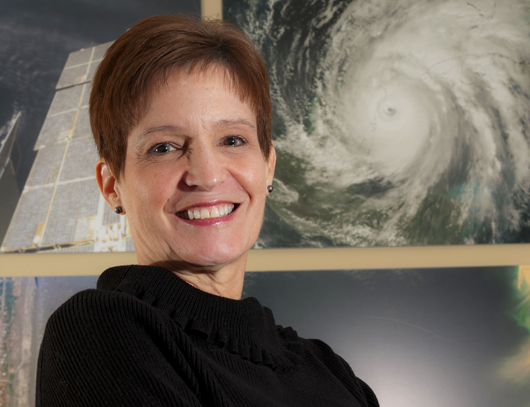 HUNTSVILLE, Ala. — Alabama, Louisiana, and Mississippi are all connected by the Gulf Coast, and as such, they all have a stake in the area's economic and environmental viability.

So it makes sense that multidisciplinary researchers in these states are pooling together their knowledge, experience, data, and technologies as part of the National Science Foundation Experimental Program to Stimulate Competitive Research (EPSCoR)-sponsored Northern Gulf Coastal Hazards Collaboratory (NG CHC).

But their goal, to advance the science and engineering of coastal hazards, wouldn't be possible without the help of UAHuntsville's Information Technology and Systems Center (ITSC), which provides the NG CHC with a collaboration portal designed to encourage collaborative "open science" by providing scientists with the capability to easily organize, discover, and share data, tools and information.

Of course, collaboration among researchers isn't a new concept. But what is new, says Sandra Harper, a research scientist at the ITSC, is the speed and efficiency with which modern technology, in the form of social media, is making that collaboration possible. "In the past, we had more in-person meetings, so there was more travel involved, or we would do teleconferences and pass documents back and forth via email," she says. "But now, with the two-way communication that Web 2.0 provides, researchers can communicate and have data available in real-time using our collaborative science portals. Each user can put information out there that's available to other users, whether it is data, documents, or media like videos or images." And those other users, in turn, can comment or post their own information, adding to the collaborative environment.

This same collaborative approach to research is being applied to other ITSC projects. "Though some of the same basic technologies as in the NG CHC are used, they may be applied differently for each specific research community," says Harper. In the Global Hydrology Resource Center (GHRC), a data center that provides current and historical Earth science data to Earth scientists, the collaborative portals have been used for managing several NASA airborne field campaigns for hurricane science investigations and satellite instrument validation.

Field campaign management requires communication and coordination tools, including utilities for personnel to upload and share flight plans, weather forecasts, mission reports, preliminary science data, and photos. Additionally, she says, ITSC has Twitter feeds to the center's users, so "we can Tweet when we acquire a new data set, have a new application or other news."

Staying abreast of the latest technology is all part of a day's work for the ITSC approximately 40 staff members, an amalgam of computer science faculty, research scientists, and undergraduates and graduates in a range of disciplines. Harper, who has a degree in computer science, says she began at the systems level before joining the ITSC 15 years ago.

"My background was more hardware and networking, and now I'm focusing on all aspects of cyberinfrastructure," she says. "I like the research environment because it's always something new." Fortunately, Harper says she also likes "being on the learning curve," which is critical in a field where technology requirements can change seemingly overnight.

"The ITSC is a research lab, so when we apply for a project grant, we have to propose what we're going to do," says Harper, "and so we try to develop the next best thing ourselves."

But predicting the next best thing can be tricky in a long-term project, in which the ITSC has to anticipate technology needs several years in the future – or respond in real-time. That's what happened recently with the proliferation of mobile devices, like smart phones and tablets. As a result, "we're developing mobile applications right now for the NG CHC," says Harper. "We'll propose developing a particular mobile application and then we work with the users to see what technology we need to develop it to and what features they want in the app."

Then there's the challenge of making sure that scientists, who can be protective of their research, are comfortable with sharing in an open, collaborative environment. In the case of some projects, Harper says it's not an issue since everyone already knows going into it what's involved. But she understands the potential for hesitation. "Researchers are sometimes skeptical because they publish their work, and if they put it out there on the Internet before it has been published. That creates concerns," she says. But social media can even help with that. "Things like EndNote and BibTex allow users to share bibliographies and make work easier to cite," says Harper.

And with more researchers willing to share their knowledge, the more we as a society will benefit. Consider once again the NG CHC. Harper says that the collaborative data is used for research to improve storm surge models. These models can be used in real-time to predict the path a hurricane will take, for example, information that can then be shared with the National Weather Service and other agencies to give people advance notice.

"That's what makes the collaborative environment useful," she says, "because communication is at the heart of science. Most science is collaborative."