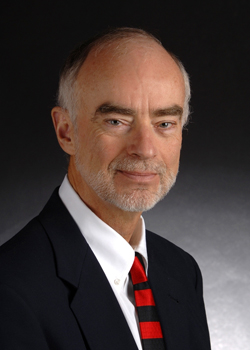 HUNTSVILLE, Ala. — Dean Smith has been named interim vice president for research for The University of Alabama in Huntsville, officials with the university announced today.

UAHuntsville President Bob Altenkirch said Smith will begin his duties on September 4, and a national search for the permanent post will begin immediately.

He earned a bachelor’s degree from Harvard University, as well as a master’s and a Ph.D. from Stanford University, all in the field of biological sciences.

As an administrator, Dr. Smith has had extensive involvement with several Department of Defense agencies at both Hawaii and Texas Tech.  Dr. Smith also oversaw management of the University of Hawaii’s Institute for Astronomy, which included several of the world’s most powerful telescopes. Under his leadership, the University negotiated operational contracts with partner institutions (Caltech, and the University of California), international partners (Canada, France and Japan), as well as NASA and the Air Force.

He is also the author of the book, Managing the Research University.

A national search for a vice president for research is under way with the establishment of a search committee that includes community leaders as well as a cross-section of university representatives.