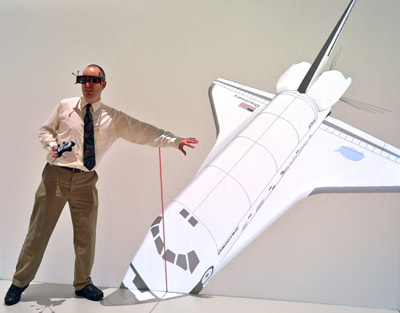 HUNTSVILLE, Ala. (November 1, 2013) - By successfully defending his dissertation, Gregory Reed will in December become the first doctoral graduate of the Modeling and Simulation (M&S) degree program at The University of Alabama in Huntsville (UAH).

The UAH M&S degree program, approved by the Board of Trustees in 2010, is one of only three in the nation that awards doctoral degrees. It has so far graduated three students with master's degrees in M&S. The first master's graduates of the M&S program were Retonya L. Dunning and Frederick M. Segrest, both of whom received their degrees in fall 2012.

"Greg joins a select group of scholars ­- approximately 15 so far nationwide - with PhD degrees in M&S," said Dr. Mikel Petty, director of the Center for Modeling, Simulation and Analysis. "It will eventually fall to him and his fellow M&S PhDs to take over from M&S researchers like me, who were educated in something else, in shaping this emerging discipline."

Reed, 29, made his doctoral defense on Oct. 21. His dissertation research focused on creating a model of ethical tradeoffs. His primary focus was on the military domain, since it "provides very profound ethical dilemmas for us to study," Reed said.

"My special areas of interest are psychology, cognition and ethics, and applying modeling and simulation techniques to those fields," Reed said. "The model intends to capture how people make ethical tradeoffs."

Greg joins a select group of scholars - approximately 15 so far nationwide - with PhD degrees in M&S.

It contraposed ethical principles encoded in ethical dilemmas, which were then presented to survey participants. Participants included psychological and humanities experts, members of the military and members of the general public. Then, Reed calibrated the model to match how experts assessed these ethical dilemmas, capturing how they traded off between ethical principles when they made decisions.

"Trying to define what it is we were trying to model was a significant portion of the problem," Reed said. His model encompasses military ethical norms that include the concept of a just war, the level of conflict and proportionality, avoiding harm to civilian populations, military necessity and the prospect of success.

"Part of the motivation behind this model was that military warfare has become more sticky ethically," Reed said. "In a lot of models that are developed, the complexity is in the model design itself, with a relatively simple set of inputs. What we have is a simple model design with complex variables as inputs."

He thinks that with more work the model has applications to other fields, such as medical ethics, the law and other domains in which varying ethical considerations and tradeoffs in principles must be weighed before actions are taken. 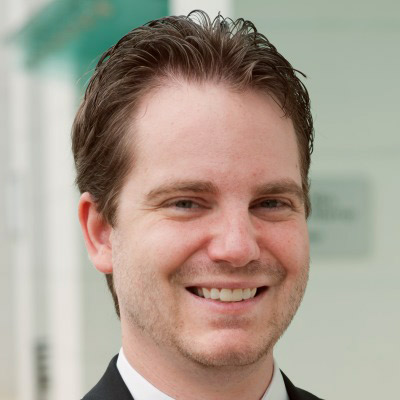 Reed began at UAH as a student in 2002 and became an employee of the university's Center for Modeling, Simulation and Analysis (CMSA) in 2006. Prior to his impending doctorate, he achieved a bachelor's in electrical engineering and a master's in industrial and systems engineering.

As a research engineer, Reed has been involved with the CMSA's new CAVE Automatic Virtual Environment (CAVE), a four-sided, three-dimensional immersive modeling chamber funded by a $500,000 NASA grant and located in UAH's National Space Science and Technology Center in Cramer Hall on Sparkman Drive. He has been a spokesman and lead developer for the facility.

He plans to continue pursuing his interest in the psychological aspects of connecting technology with the human element through ventures such as training and immersion using the CAVE, developing tools to help people make decisions and constructing models of human cognition and behavior.

"Thanks to the perseverance of the groundbreaking students in the UAH program such as Greg, Retonya and Rick, we have worked through the processes and requirements of the new program," said Dr. Petty. "The students who will follow them will find a more refined and accessible program that will effectively prepare them as M&S practitioners, researchers and educators."