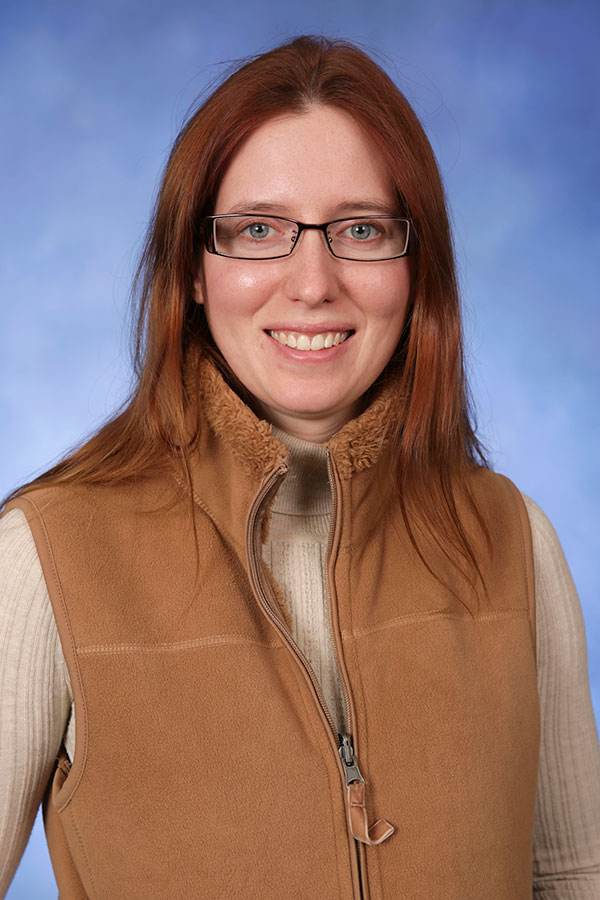 HUNTSVILLE, Ala. (March 19, 2014) – Girls and young women ages 14-19 who are focused on their futures have higher levels of maturity and more confidence in their beliefs and are less likely to be sexually active, a study by a University of Alabama in Huntsville senior psychology student indicates.

The research, "Attitudes and Confidence Regarding Sexual Activity in Teenaged Girls Assessed from Language in Social Media," was presented at the Mid South Psychology Conference (MSPC) and to the Committee on Equality of Professional Opportunity (CEPO).

Advised by assistant psychology professor Dr. Aurora Torres, Kelly Arnold spent six months monitoring posts on Internet forums used by teen girls to assess their degree of maturity and confidence related to their sexual behavior. Arnold noted the screen names of the girls and, following observation of their posts, categorized them according to their attitudes about sex.

The girls' attitudes toward teenaged girls engaging in sexual behavior were categorized as either believing sexual activity was wrong, believing it was OK, or having already become active but feeling guilty about it. Then their posts were analyzed according to whether they were asking for information and advice or giving information and advice. Grammatical and spelling errors were also noted.

"I noted each girl's attitude towards adolescent sexual behavior, and I then observed what positions they took on the forums and whether they gave advice or took it," says Arnold. Other than finding out the girls' ages, the posts were tracked passively. "If they knew they were being watched they could have acted differently," she says.

The decision to delay sexual activity may be a product of having a future-oriented time perspective. "If you choose to abstain, you are protecting your future goals but you may have as a result some negative pressures right now" due to peer pressure and media portrayals of sex, she said. The study indicates that one potential problem of abstinence education is that it is targeted to future-oriented girls, Arnold says, and that's the very group that is least likely to be sexually active in the first place.

Abstinence programs should be restructured to focus more on the immediate benefits of not engaging in risky behaviors, Arnold says. "I think one good thing for those programs to talk more about is how to handle the peer pressure," she says.

She found that the definition of what constituted sexual activity among this age group was very narrow and knowledge of the risks associated with any sexual contact was limited.

"That was one thing I thought was strange, because it was just as risky to have those other forms of sex.  But many of the girls didn't seem to think that way," Arnold says.

Further study could examine the evolution of confidence and maturity among study group individuals over a three-year period and how that added maturity relates to their sexual activity, says Arnold, who plans to pursue her masters in experimental psychology at UAH after graduation.